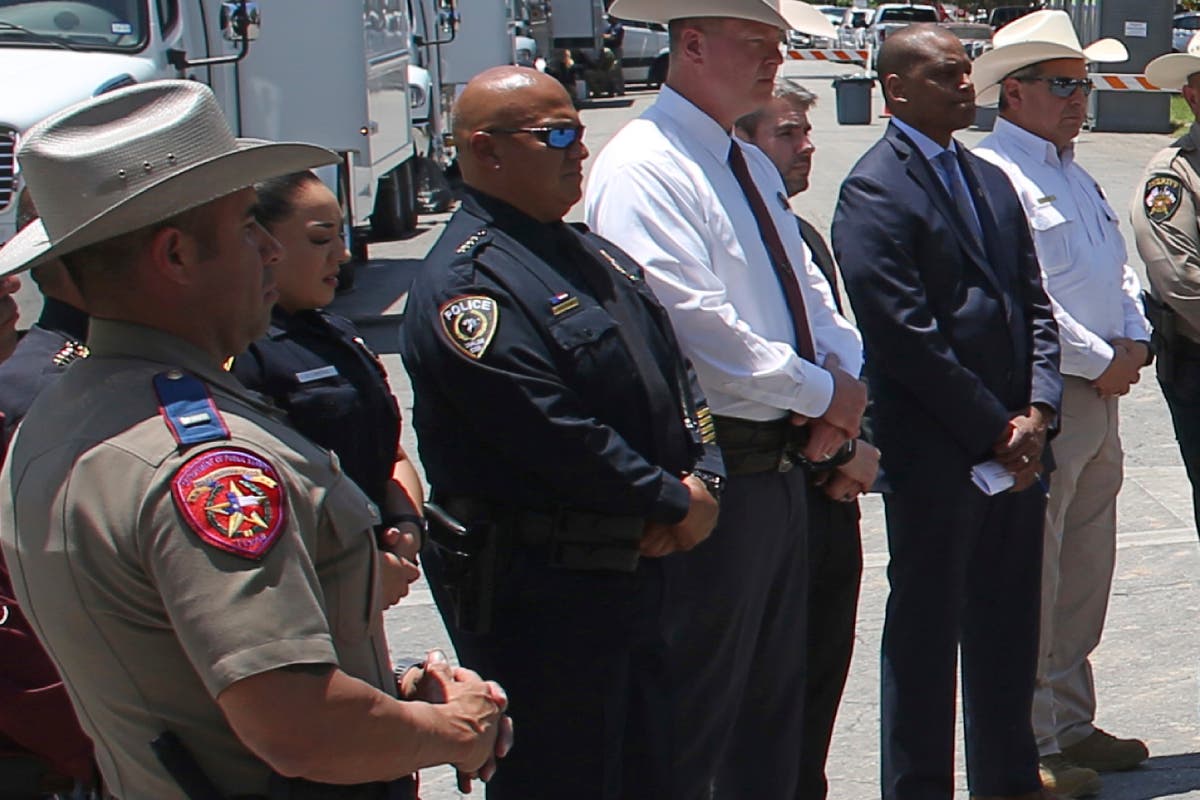 Pete Arredondo, the school district police chief who oversaw officers’ response to the Uvalde mass shooting, has been put on administrative leave.

The move follows scrutiny of Mr Arredondo’s role in responding to the Texas shooting, which killed 21 people, the second worst school shooting in US history.

Officers under Mr Arredondo’s command, armed with assault rifles and ballistic shields, waited more than an hour outside a classroom where 19 students and two teachers were killed, before breaching a door and shooting gunman Salvador Ramos. He has faced mounting criticisms and calls to resign from Uvalde parents and beyond.

On Tuesday, Texas Department of Pubilc Safety Steven McCraw testified in the state legislature that the school police chief’s decisions during the shooting were “an abject failure.”

“The only thing stopping a hallway of dedicated officers from entering Room 111 and 112 was the on-scene commander,” Mr McCraw told the state senate.

School officials said they would wait for the result of pending state and federal investigations into the police response to the shooting before making a final personnel decision.

“Today, I am still without details of the investigations being conducted by various agencies,” Uvalde Consolidated Independent School District superintendent Hal Harrell said in a statement. “Because of the lack of clarity that remains and the unknown timing of when I will receive the results of the investigations, I have made the decision to place Chief Arredondo on administrative leave effective on this date.”

Investigations into the Uvalde police response to the shooting have revealed other lapses, even though the department had trained for a school shooting just two months before the massacre. Mr Arredondo initially lacked a radio and asked for one to be brought to him. Officers never tried to open a door into the classroom either, believing it was locked and instead waiting for a key.

Eventually, more than an hour after Ramos arrived at Robb Elementary School, and a specialised Border Patrol SWAT team joined Uvalde police officers, a group of police entered the classroom and shot the 18-year-old gunman.

Parents of the Uvalde victims have called on Mr Arredondo to resign.

“Having Pete still employed, knowing he is incapable of decision-making that saves lives is terrifying,” Brett Cross, the uncle of student Uziyah Garcia, said during a school board hearing on Monday. “Innocence doesn’t hide, innocence doesn’t change its story, but innocence did die on May 24.”

On Tuesday, the Uvalde city council denied Mr Arredondo’s request for a leave of absence from future meetings.

The school police chief has defended his response to the Uvalde shooting.

“Not a single responding officer ever hesitated, even for a moment, to put themselves at risk to save the children,” he told the Texas Tribune. “We responded to the information that we had and had to adjust to whatever we faced. Our objective was to save as many lives as we could, and the extraction of the students from the classrooms by all that were involved saved over 500 of our Uvalde students and teachers before we gained access to the shooter and eliminated the threat.”

Inspiring role model for kids ‘Wanda the Brave’ is back!