VanVleet listed as questionable for Game 5 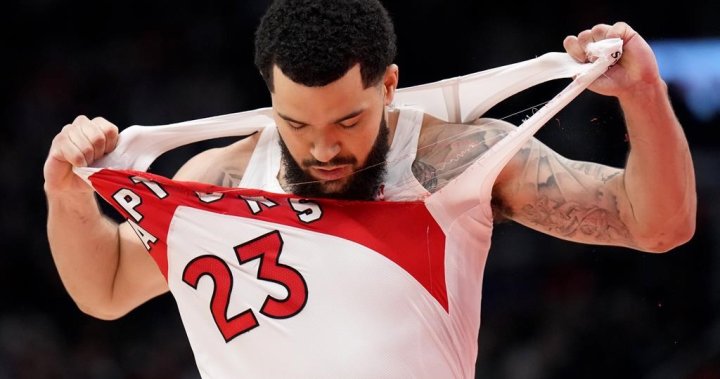 VanVleet played less than 15 minutes of Toronto’s 110-102 win over Philly on Saturday, limping off the court and ripping his jersey in frustration.

The Raptors face elimination again Monday, trailing the Sixers 3-1 in their best-of-seven opening-round playoff series. No team in NBA history has come back from being down 3-0 — as the Raptors were — to win a series.

The 28-year-old VanVleet had been hampered by a bruised knee this season, missing 14 games since Jan. 25.

He averaged 20.3 points, 6.7 assists, and 4.4 rebounds per game this season and was named an all-star for the first time.

This report by The Canadian Press was first published April 24, 2022.