Vicky Kaushal Turns As Punjabi As He Can With JugJugg Jeeyo’s The Punjaabban Song; Katrina Drops Comment 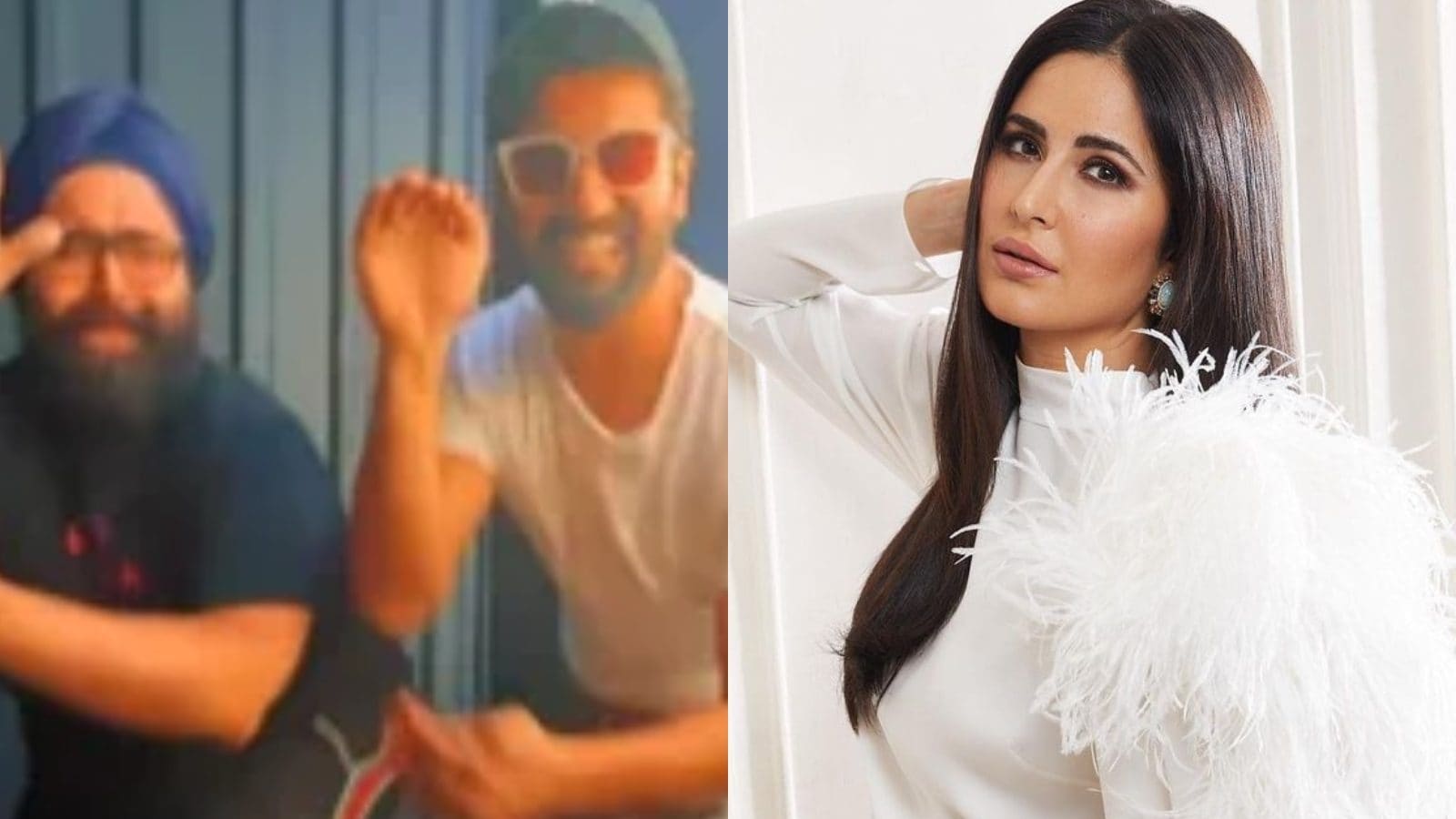 Bollywood actor Vicky Kaushal is an avid social media user and he often treats his fans to intriguing pictures on videos. Maintaining the trajectory, the Udham Singh actor took to Instagram and posted a fun reel dancing on the beats of The Punjaabban Song from Varun Dhawan and Kiara Advani starrer film JugJugg Jeeyo. He was seen dancing on the peppy number with producer Amritpal Bindra.The video was loved by many celebrities, and even actor Katrina Kaif commented on it.

The short clip sees Vicky sporting a white T-shirt and denim pants with sunglasses and a cap. He also had a shirt tied around his waist as he flaunted his dance moves. Sharing the video on Instagram, Vicky wrote, “As Punjabi as it can get!!! Loved dancing to #NachPunjaabban with my brother @bindraamritpal. Our love and best wishes to the Team of #JugJugJeeyo.”

Soon after the video was posted, scores of celebs chimed into the comments section to shower love on the duo. Varun Dhawan wrote in the comment section, “The funjabis in the house.” Anil Kapoor wrote, “👏👏👏 this is insanely epic 🔥🔥❤️❤️❤️.”
Former VJ and actor, Mini Mathur, said, “A career in Punjabi dancing beckons,” Neha Dhupia added, “Comp! ❤️❤️❤️.”

Fans quickly replied to Katrina’s comment, fans wondered why she only praised the producer. A social media user commented, “Vicky also did great,” while another one questioned her, “What about your hubby?”

For the unversed, Vicky and Katrina married in December 2021. Only a few months after their wedding, reports about the couple expecting their first child made the rounds. However, Vicky’s spokesperson denied the rumours and told Hindustan Times, “This report is false. This is a rumour and has no truth.”

Speaking on Vicky’s work front, the actor has a number of movies in his pipeline. The actor will be seen in Govinda Naam Mera where he will be sharing the screen with Kiata Advani and Bhumi Pednekar. Next, he will be seen in The Great Indian Family and Laxman Utekar’s untitled next. The latter will see him with Sara Ali Khan. Apart from these, the Uri actor will also be seen in Sam Bahadur which also stars Fatima Sana Shaikh and Sanya Malhotra.

Herschel Walker’s Son Unleashes On Him After Abortion…