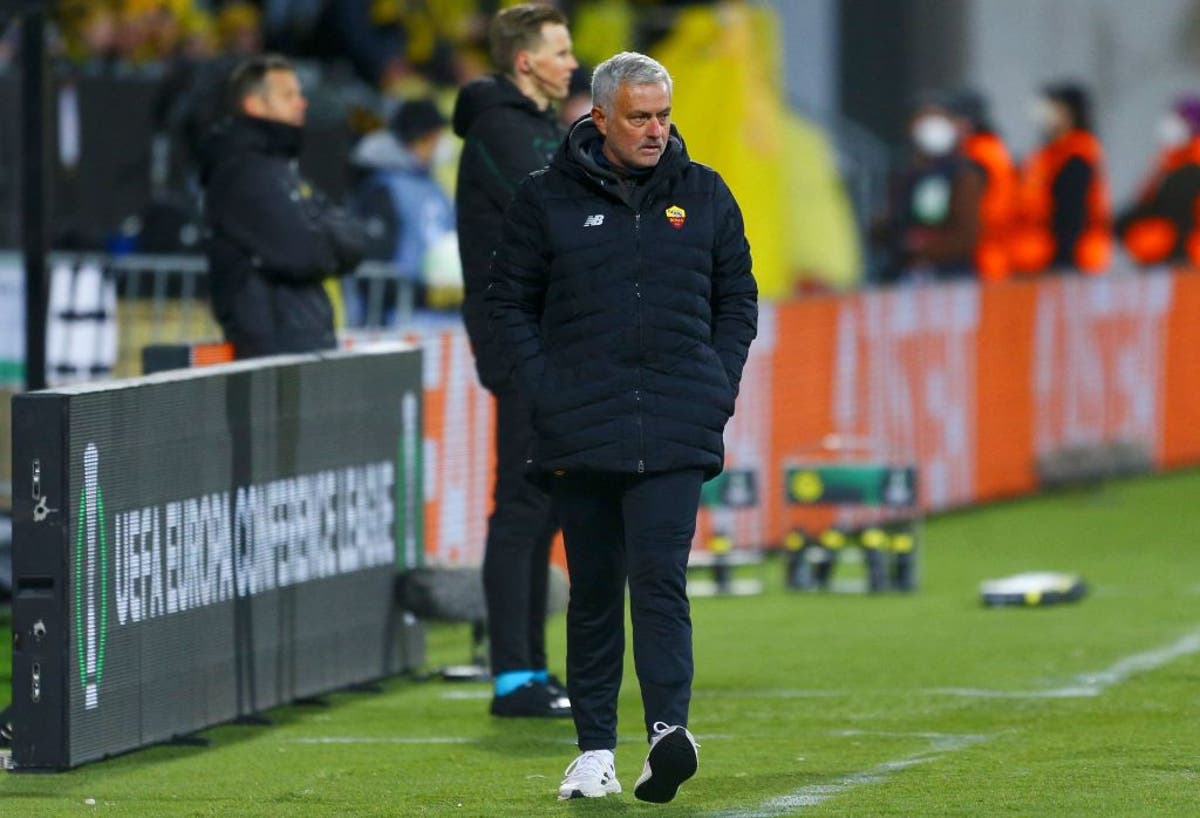 The Norwegian club, who won the first leg 2-1, claim that the video shows Knutsen – now set to miss the biggest game in the team’s history – was attacked by Nuno Santos, Roma’s goalkeeping coach. They had lodged an appeal against that, only for that to be dismissed on Wednesday morning by Uefa.

In the footage, seen through the windows of the door to the dressing room area, Santos is on the left when Knutsen appears from the right. There follows what is described as a “heated exchange”. The Bodo claim to Uefa is that the footage shows Santos appearing to push Knutsen and then grab him by the throat. A punch is then thrown.

Roma, by contrast, told Uefa that Santos was the first person to be punched, and that he had previously had a finger provocatively pointed in his face. The footage can be seen above.

The Independent understands the video was submitted to Uefa, which ruled earlier this week that the incident was essentially a brawl for which both sides were equally responsible.

A Bodo/Glimt statement in the immediate aftermath said: “The goalkeeping coach of Roma positioned himself illegally outside the coaching staff, where he continuously verbally and gesturingly harassed Knutsen.”

Knutsen added: “Everything culminated in a physical attack on me in the player tunnel. Usually I’m so by nature that I would withdraw. In this case, I was physically attacked. He grabbed me by the neck and pushed me into the wall. It is only natural that I then had to defend myself.”

“The dressing rooms are opposite each other. Knutsen started saying something to our goalkeeping coach and then attacked him.

“It was an unpleasant incident for the competition and for fair play. I’m disappointed because we came here with respect, but incidents like this are an insult to Roma and to the competition. It’s shameful.”

A Roma statement last week said they were confident in the Uefa enquiry, after a statement from the governing body said both clubs were under investigation for “conduct (which) is insulting or otherwise violates the basic rules of decent conduct” with a potential suspension of up to five Uefa competition matches.

The winner of the tie will face either Leicester City or PSV Eindhoven in the semi-finals.

Popular e-cigarettes could ‘trigger dangerous damage to brain and heart’

6 takeaways from Celtics vs. Kings, as Payton Pritchard provides a spark