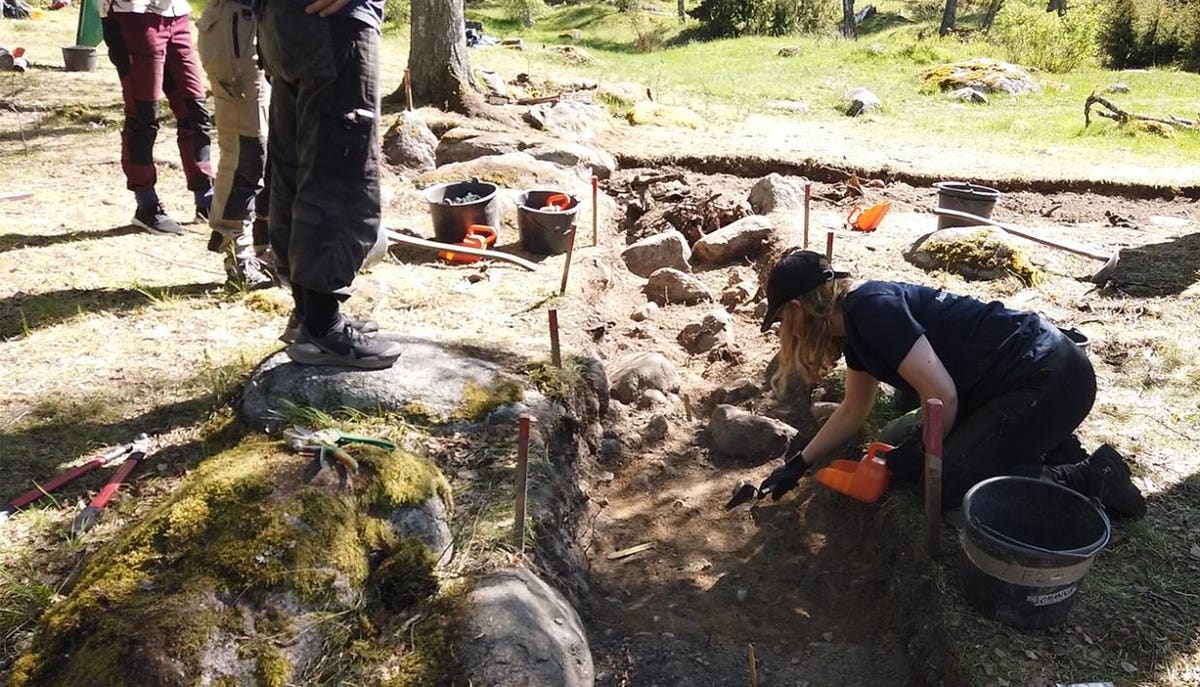 In what has been described by archaeologists as the “first of its kind”, remains of a shipyard from the Viking Age have been discovered on a Swedish island known for its strong Norse history.

“A site like this has never been found before,” said archeological science professor Sven Isaksson in a press release from Stockholm University. “It’s the first of its kind, but the finds convincingly show that it was a shipyard.”

A Viking center of power

Birka is located on relaxed Björkö island in the Lake Mälaren just west of Stockholm, Sweden. Nicknamed Vikingastaden (the Viking Town) in Swedish, Birka was one of the most important Viking Age trading sites that we know of today.

Such is the importance of Birka, UNESCO awarded it World Heritage Site status in 1993, saying it “bears exceptionally well preserved testimony to the wide-ranging trade network established by the Vikings during the two centuries of their phenomenal economic and political expansion.”

A statement on the official Birka website reading “there are a lot of ancient monuments – and still much to discover” proved prescient as the remains of jetties, boat launches and related tools have now been discovered in one area of the coastline.

A workshop for seafaring Vikings

Archaeologists discovered a stone-lined hollow in the shoreline with a wooden boat slipway, a large amount of boat rivets, slate whetstones and various woodworking tools.

The investigations were carried out by Stockholm University based on surveys using GNSS receivers and drones, geochemical mapping, and the excavation of four trenches.

Given Birka’s island location and importance as a trading post, it’s not a surprise that boats were built on the island. Vikings made it as far as Greenland and North America, of course.

But to find the remains of a shipyard is still an exciting discovery that sheds further light on how Birka worked and the shipbuilding methods used by the Norse people.

“Through systematic inventory, mapping and drone surveys, we can now show that Birka, in addition to the urban environment, also has a very rich maritime cultural landscape with remains of everything from jetties to boat launches and shipyards,” said Isaksson.

While investigations continue in other parts of Birka and Björkö island, the site remains open as a tourist attraction. Day trips by boat from Stockholm that include a guided tour of Birka are popular.

Attractions include a museum profiling the possible stories of four different people found in graves at Birka and a Viking village complete with reconstructed houses, arts and crafts, and actors playing roles of the Norse.

Young gymnasts starved and made to hang from rings as punishment, report reveals

I’m living in limbo land – it’s stressful not know how long I’ve got but I’m enjoying it, says Deborah James

Is Fear Of Crime One Reason So Many Broadway Shows Are Closing?