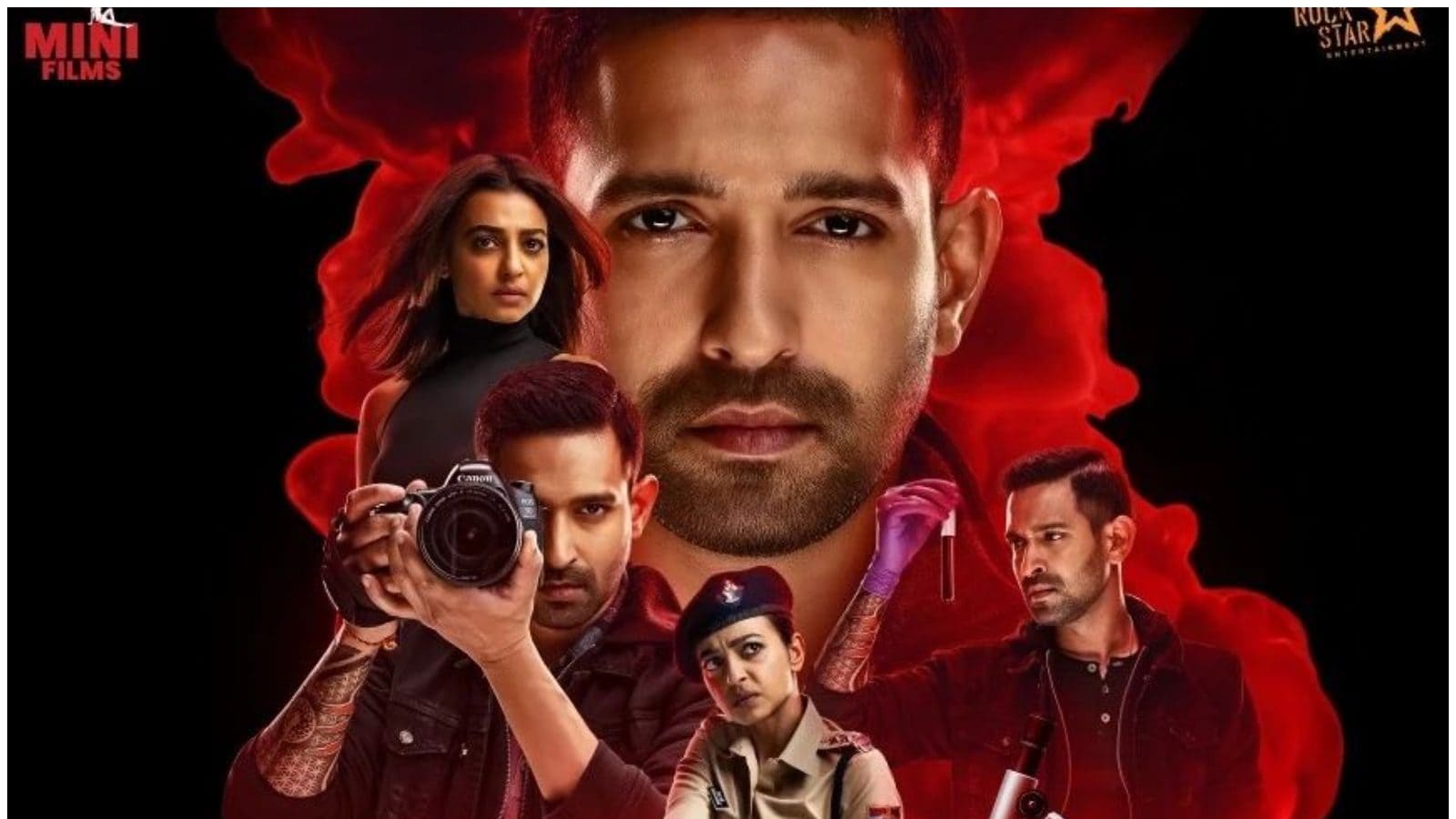 Of late, cinema has been setting its murder mysteries in hill resorts, maybe because they dazzle by the day and get creepy by night, brought about by an atmosphere of foggy gloom. ZEE5’s latest outing, Forensic, chooses Mussoorie with its imposing mountains, tall trees and dark nooks for its drama. A perfect setting for a story by Adhir Bhat and Ajit Jagtap with a screenplay by Vishal Kapoor which rings more or less believable, barring a part where we see a psychiatrist, Ranjana Gupta (Prachi Desai), snap her fingers to mesmerise little girls. Farfetched.

But with a fine piece of acting by Vikram Massey who essays forensic expert Johnny Khanna – whose moods freely alternate between seriousness and joviality – the film flies. It is about a serial killer who has made murder a fine art, choosing to close in on little lasses on their birthdays.

Woven neatly into this gruesome tragedies are a couple of sub-plots. Johnny is separated from his police inspector wife, Megha (Radhika Apte). His brother lost his daughter in an accident some years ago, and his wife, unable to bear the pain, commits suicide.

But Massey makes up for all this despair with his jocularity. He is a charmer, and look at the way he keeps addressing Megha as “darling”, lightening the heavy mood that hangs between the two and on the small town, whose police force seems incapable of pursuing a crime of such brutal magnitude.

But we have our Forensic expert to handle that, and he does it with alacrity, often taking us into the labyrinth of the science. Some of his analytical findings are awesome, and so are a couple of scenes. See the way Megha – who is investigating the killings – chases a dwarf thinking that he is the guy when several of his mates come to his help. One throws a large bedsheet over her, conveying amazing unity among the physically challenged. There is a thrilling car chase on the winding hill roads with Johnny at the wheel giving a police vehicle a tough time – till it spins out of control. Mr Bond, is he!

The plot gets into the thick of anguish when Megha’s niece disappears. And the aunt is horrified at the turn of events. But Johnny steps in to comfort Megha and crack the crime. We know that it would be solved (has to be be), but when the climax comes, it is shocking, though a little over the top. A gripping crime capper, smartly edited, but a little more tweaking of the script could have given it a better rating.