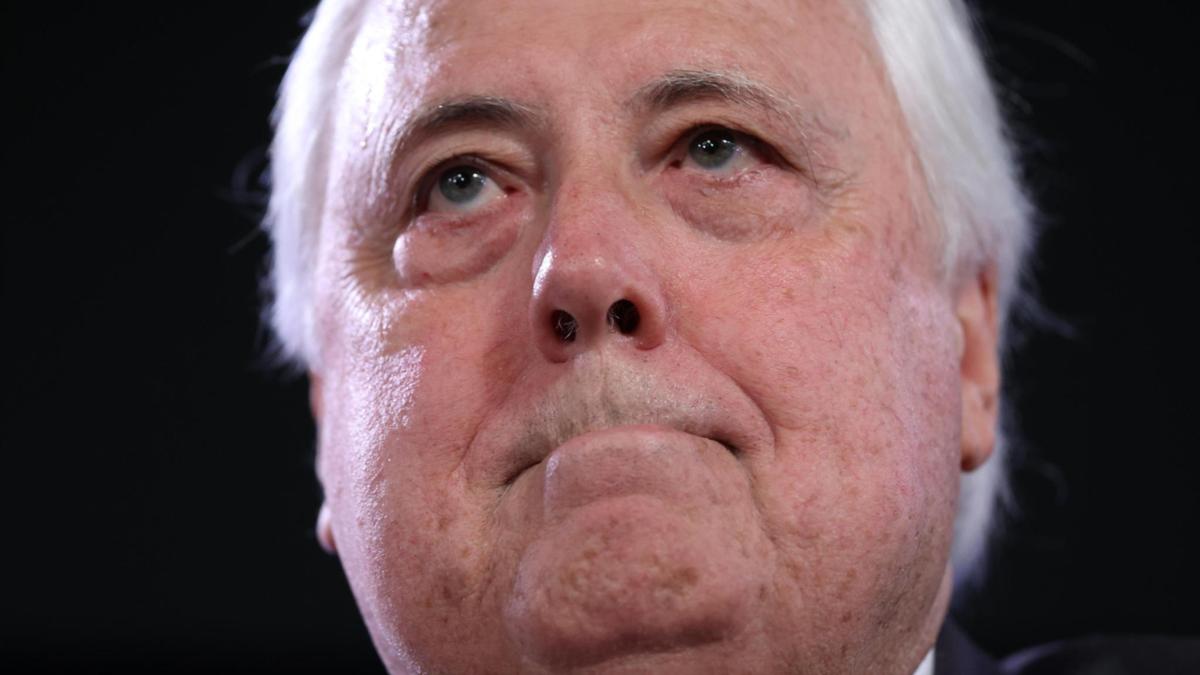 John Quigley, who was involved in crafting unprecedented legislation in 2020 that blocked Mr Palmer from suing the state for up to $30bn in damages over a stalled iron ore project, was re-examined in the NSW Federal Court on Friday.

Mr Quigley, 73, previously testified that he first became aware on August 12, 2020, about the risk of the arbitration award being registered, but on Friday he admitted it was before the cabinet meeting on August 11.

He said there were “a lot of moving parts” and he could not recall exactly when he learnt about it.

Mr Quigley further told the court that he gave inaccurate evidence regarding who knew about the preparation of the extraordinary Bill.

“When one has a memory failure, it’s really hard,” he told the court.

“The best explanation I can give is that I was under a lot of pressure.”

“It would bankrupt me … it was making me increasingly anxious,” Mr Quigley said.

The Attorney-General repeatedly said he believed he was giving accurate information under oath the first time he testified.

Under intense cross-examination, barrister Peter Gray at one point asked the Attorney-General: “Would you agree that nothing that you say in the witness box can actually be relied upon?”

Mr Palmer’s legal team tried to get all of Mr Quigley’s testimony ruled out, arguing he was seeking to reconstruct his own evidence.

But Justice Michael Lee allowed the testimony, saying he would not be “misled or confused” by any contradictions.

During closing submissions, Justice Lee commented that he would have to consider the reputations of both Mr Palmer and Mr McGowan.

“One of the challenges in this case seems to me, when it comes to reputation, to work out the relationship between the publications and how that rationally is said to affect the reputation of somebody where, in a sense, the view the general public has is already baked in to a certain extent,” he said.

Justice Lee further commented that he found Mr Palmer’s evidence “odd” when he spoke about his belief that Mr McGowan had a “licence to kill”.

“(It) does seem to suggest that he had a genuine fear of his physical safety … a prospect that I found a little unusual and a little difficult to accept that he would genuinely be frightened about his physical safety because there might be roving bands of WA government assassins or thugs that may cause him physical harm,” Justice Lee said.

Mr Gray said while some of Mr Palmer’s testimony might have been misguided, he was not being dishonest.