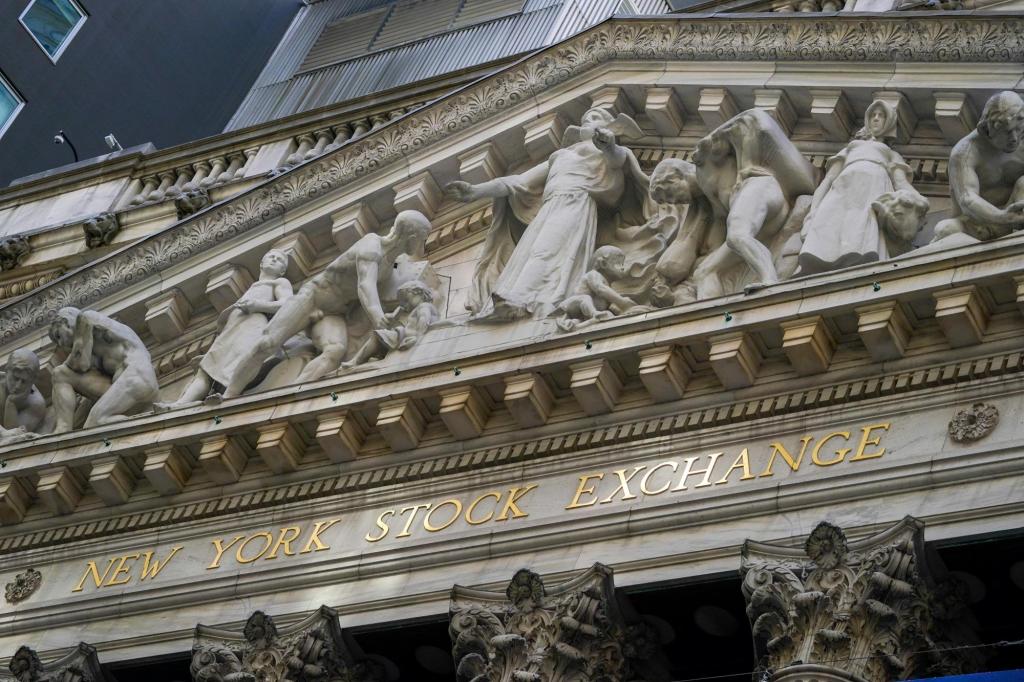 NEW YORK (AP) — Stocks are back to falling on Wall Street Thursday as worries about a possible recession and rising bond yields put the squeeze back on markets.

The S&P 500 was 2.1% lower in midday trading and dropped to its lowest level since late 2020 earlier in the morning. The washout has the index on track to erase its big rally from a day before. That’s when forceful moves by the Bank of England to get suddenly spiking U.K. yields under control led to a global burst of relief among investors.

That renewed calm seems to have lasted just a day. For markets to really turn higher, after U.S. stocks have lost more than 20% of their value this year, analysts say investors will need to see a break from the high inflation that’s swept the world.

That hasn’t arrived yet, with even more data arriving Thursday showing the opposite. And that means the Federal Reserve and other central banks will likely keep pushing interest rates higher to slow their economies in hopes of pushing down inflation. By doing that, they’re also risking recessions if they go too far.

Stocks fell as Treasury yields climbed and raised the pressure on markets. The yield on the 10-year Treasury was at 3.75% in midday trading, up from 3.73% late Wednesday. It had been above 3.85% earlier in the morning.

The yield on the two-year Treasury, which more closely tracks expectations for Fed moves, rose more aggressively to 4.20% from 4.14%.

A stronger-than-expected report on the U.S. jobs market bolstered expectations for the Fed to keep raising rates and hold them at high levels for a while, potentially through 2023.

Fewer workers filed for unemployment benefits last week than economists expected. That’s good news for workers in general and an indication layoffs aren’t widespread despite worries about the economy. But it also keeps upward pressure on inflation, which gives the Fed more reason to keep rates high.

“The economy doesn’t look to be softening if you look at employment data,” said Brad McMillan, chief investment officer for Commonwealth Financial Network. That undercuts any investor hopes a weakening economy could convince the Fed to take it easier on interest rates.

The Fed’s benchmark overnight interest rate has already zoomed to a range of 3% to 3.25%, up from basically zero as recently as March. That’s its highest level since 2008, and the wide expectations is for the Fed to hike it by at least another full percentage point by early 2023.

Rate increases have a notoriously long lag time before they hit the broad economy. But they’re already causing big pain for the housing industry, where the average rate on a 30-year fixed mortgage has more than doubled over the last 12 months to 6.70%.

Higher interest rates not only invite the possibility of a recession, they also push down on prices for stocks and other investments regardless of what the economy’s doing. Investments seen as the most expensive or the riskiest tend to take the hardest hits.

Economic reports elsewhere around the world also firmed expectations for higher rates coming in the future. In Germany, for example, a reading on inflation came in hotter than expected.

In the U.K., meanwhile, Prime Minister Liz Truss defended her plan to cut taxes even though critics said it would worsen inflation. The plan had sent U.K. bond yields spiking, forcing the Bank of England on Wednesday to pledge to buy however many U.K. government bonds are needed to lower yields. The bond-buying announcement came just before the central bank had planned to do the opposite and sell some of the bonds it had purchased earlier to support the economy.

Even beyond the worries about central banks and rates, many other concerns continue to hang over markets.

A supercharged U.S. dollar has climbed so much so quickly against other currencies that investors worry something could break somewhere in global markets. Europe’s already struggling economy looks to be facing more pressure from high energy prices amid accusations that someone deliberately damaged pipelines delivering gas from Russia to Germany. And in the U.S., investors are concerned that one of the main levers setting stock prices may be under threat as corporate profits bend under higher interest rates, a slowing economy and high inflation.

CarMax, the auto seller, plunged 23.3% for the largest loss in the S&P 500 after it reported weaker profit than expected for the three months through August. It said the used auto market is tough generally, as higher interest rates make getting auto loans more expensive.

Hundreds of DHS employees took pandemic unemployment aid even though they were working: Audit