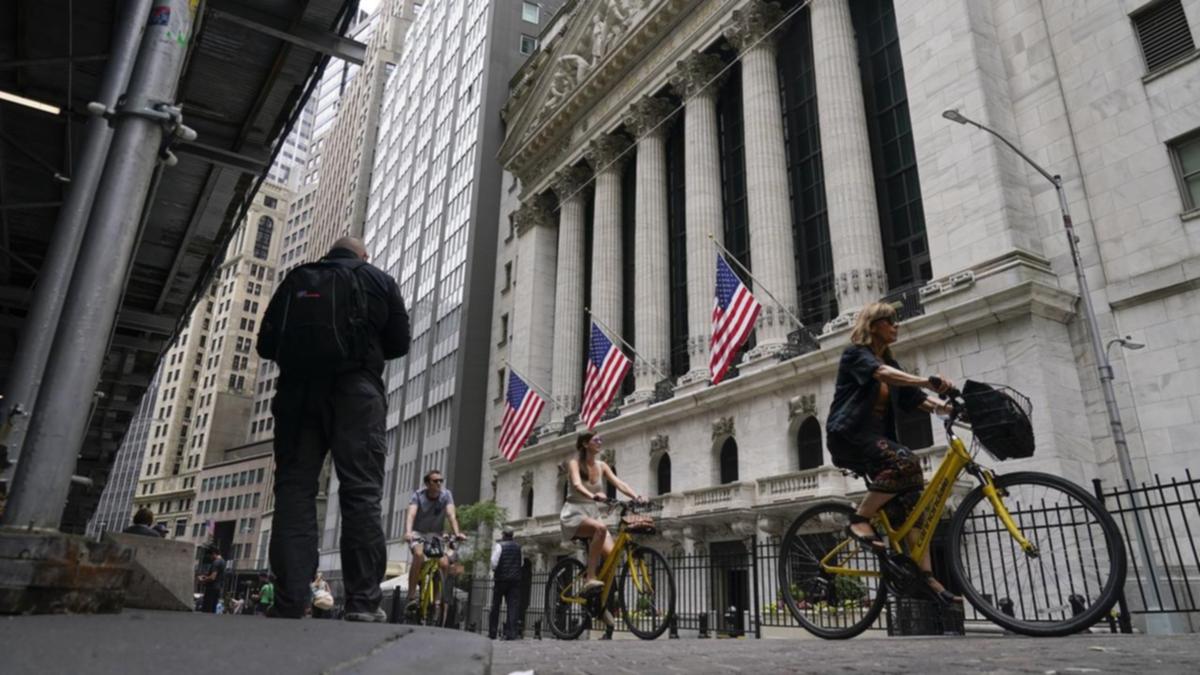 US stock indexes have tumbled, with growth shares bearing the brunt of the sell-off after the Federal Reserve’s largest rate increase since 1994 to combat decades-high inflation fanned worries of a recession.

All of the 11 major S&P sectors fell in morning trade.

Energy and consumer discretionary sectors were the top losers, down 4.2 per cent and 3.6 per cent respectively.

All the Dow components were in the red at the start of trading while 496 constituents of S&P 500 index fell.

Equities have been under pressure for most of the year on growing worries about surging inflation and higher borrowing costs, with the central bank’s latest projection of a slowing US economy and rising unemployment in the coming months only fuelling those concerns.

“We view it as increasingly likely that a recession and higher unemployment will be necessary to tame inflation: with such a gloomy macro picture looming over the markets,” said Geir Lode, head of global equities at Federated Hermes Ltd.

Wells Fargo said the odds of a recession now stand at more than 50 per cent, following the Fed decision.

The S&P 500 is down 22.6 per cent year-to-date and is in a bear market as investors grapple with a sharp slowdown in growth.

The Nasdaq Composite and the S&P 500 indexes were set to mark their 10th weekly decline in the past 11 weeks.

“The Fed rally is fading as investors question the central bank’s ability to orchestrate a soft landing. The bear market is in full force still and yet to reach a level where stocks can comfortably bounce off of.”

Among major US banks, Morgan Stanley led losses with a 4.0 per cent slide.

Self-driving cars crash, too, but figuring out what it means requires much better data