‘We are behind a lot’: How provinces are catching kids up on routine vaccines 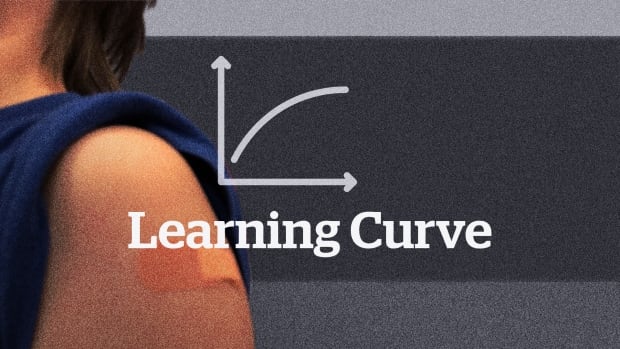 Some young learners are struggling to build early reading skills, while others stumble over math concepts. Repeated pandemic pivots have left students out of practice with classroom learning, impacted their mental health and distanced them from peers. The CBC News series Learning Curve explores the ramifications of COVID-19 for Canadian students and what they’ll need to recover from pandemic-disrupted schooling.

Since 2017, Chantell Plunkett has worked on in-school vaccination programs in Brampton, Ont., immunizing kids against preventable illnesses like HPV, hepatitis B and meningococcal disease.

Then, the pandemic hit — and with schools shut down, in-school vaccination programs were suspended across the country, leaving many kids to fall behind on their scheduled immunizations.

In Ontario’s Peel region, where Plunkett is a clinic supervisor for public health, those who missed scheduled shots in Grade 7 have now gone on to high school. They “haven’t really finished off their series with us,” Plunkett said.

Public health units are now hustling to catch them up — but there’s still work to be done, with multiple provinces reporting insufficient vaccine uptake. Experts say that improving access to routine vaccines will make all the difference.

About two months into the pandemic in 2020, the National Advisory Committee on Immunization (NACI) recommended that school-based vaccine programs, including those for teens, could be deferred until schools reopened.

But the on-and-off nature of in-person learning during the 2020-2021 school year — with some students learning virtually or in a hybrid format — meant that not everyone would be in school for a vaccine catch-up.

“School-based vaccines are a totally different animal,” said Shannon MacDonald, the lead researcher of the study and an associate professor in the Faculty of Nursing and School of Public Health at the University of Alberta in Edmonton.

“Then we had the COVID vaccine program that rolled out in December [2020]. So then public health was stretched again to try and deliver COVID vaccines. So that whole school year of 2020-2021 was a bit of a loss as well.”

Dr. Meena Dawar, a medical health officer with Vancouver Coastal Health, said that staff working within the region’s schools to deliver routine vaccines were reassigned when the pandemic hit.

“Our public health staff were brought back and diverted to the COVID case and contact-tracing work, which was essentially more urgent at that point,” she said.

Children receive several routine shots to protect against diseases like HPV, meningococcal disease and hepatitis B, according to Canvax. Vaccines and schedules differ between provinces and territories, but most administer them to students in Grades 6, 7, 8 and 9.

In 2020, MacDonald and a team of researchers from universities across Canada conducted a pan-national study to determine how the pandemic had impacted routine vaccine programs.

School-based programs were reportedly the most negatively affected, the study said, drawing on interviews with public health leaders from 11 provinces and territories (representatives from New Brunswick and Yukon did not participate). School closures, limited resources and some public hesitancy to attend health appointments were primary factors.

The Childhood National Immunization Survey, conducted by Statistics Canada every two years, is currently underway — and those numbers will indicate the extent to which the pandemic had an impact on routine vaccine uptake.

The results won’t be publicly available until 2024, the Public Health Agency of Canada told CBC News in an email.

With public health restrictions easing, and schools across the country planning for a full return to in-person learning next school year, regional health authorities are re-initiating “catch-up” clinics for routine vaccines this summer and into the fall.

Ariella Zbar, medical officer of health at Fraser Health in British Columbia, said that the health unit has been running a campaign to catch kids up after observing a lag in vaccine coverage across multiple age groups.

“We are looking at lessons learned from COVID-19,” Zbar said. That includes scaling up services and partnering with the province’s education sector — as well as countering misinformation and complacency among parents.

In Nova Scotia, health protection manager Kim McGill explained that the province, while observing a consistent uptake in vaccine coverage, is seeing high rates of absenteeism at school clinics.

“If we, for some reason, don’t immunize those children before the school year this year, we would follow up again in the fall with them.”

Other provinces have a ways to go in catching their kids up.

In Peel region, Plunkett says efforts are underway to ensure that current — and graduating — students are up to date on their shots. That includes extended access into 2023 to a school-based vaccine program for students who graduated this year or last year.

In April, thousands of students in Ontario were reportedly behind on their routine immunizations – ones typically administered in schools – by at least a single dose.

As well, a June survey found that New Brunswickers were falling behind on their shots, with the province’s top doctor urging parents to keep their children up-to-date.

A different study led by MacDonald showed that in 2019-2020, full HPV coverage among school students in Alberta took a dive from 66.4 per cent to 5.6 per cent, a figure that increased only slightly in the 2020-2021 school year.

What’s at the root of these low uptake figures?

“Access, for sure, is the biggest driving factor affecting routine school-based immunizations, and probably most other immunizations as well,” said Dr. Jia Hu, the co-chair and CEO of 19 to Zero, a vaccine advocacy organization.

Hu, a former medical officer of health for Alberta Health Services, added that misinformation and vaccine hesitancy have played a relatively small part in the low uptake numbers compared to issues of access.

In October 2021, 19 to Zero released polling results with the University of Toronto which showed that 23 per cent of school children had missed or delayed a routine shot during the pandemic.

Dr. Sloane Freeman, a Toronto physician and school-based medicine specialist, said that children living in the city’s marginalized communities were more likely to be in remote learning than others, facing significant barriers in accessing vaccines.

“They would have been even more impacted by the loss of school-based immunizations during this time,” she said.

Some marginalized community members might be distrustful of health services and providers due to a history of systemic racism or discrimination, CBC News reported last year.

Thus, schools are a crucial forum for vaccine outreach because they are “often considered the heart of a community, and a place where families and parents and students feel safe, based on relationships, trusted relationships with educators,” Freeman said.

COVID-19 has affected the past three school years. How have your students fared amid pandemic schooling? What are you most worried about? Share your experiences and concerns with us at [email protected] (Be sure to include your name and location. They may be featured on air on CBC News Network.)

‘I Can Do This:’ NBA Draft Prospect AJ Griffin Fueled by Doubters – NBC Los Angeles