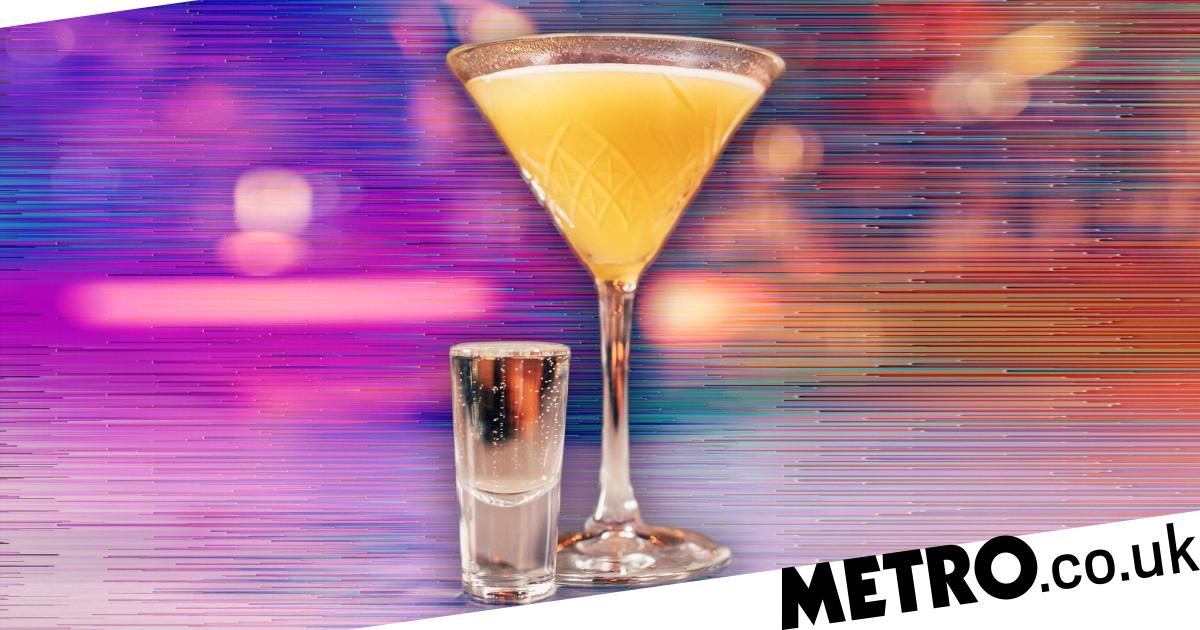 Life is full of mysteries.

What actually is an NFT? Why do people insist on writing cringey Instagram captions? Why isn’t Harry Styles our husband?

Beloved amongst groups of gals who venture out for Saturday brunch up and down this fine country, it has become an ‘it’ drink.

But each time it lands upon a table, the cocktail creates a tsunami of confusion.

A common conversation at bottomless brunch goes a little like this:

While throwing it in and down the hatchet may seem like the most logical approach, there are serious questions around what to do with the champagne shot.

Should it be drunk before the main cocktail as a palette cleanser?

Or do you just mix it in?

Thankfully, this is a mystery that can be solved and will be solved by us.

We asked James Kerslake, cocktail expert and founder of Tom Savano Cocktails, to bless us with the knowledge we need.

Sadly, he says pouring it in is not the way the drink was intended to be enjoyed.

‘It is a firm belief that the Prosecco or champagne is a chaser or shot before you drink the cocktail,’ he tells Metro.co.uk.

‘So the way you kick that off is a shot of champagne to say cheers.

‘Mixing it with the cocktail unbalances the flavours, ruins the silken feel, and results in a cocktail that doesn’t taste as good as when both separate parts are drunk on their own.’

Tom also told us that the drink was originally created by a man called Douglas Ankrah who is a well-known name in the drinks industry.

‘He was the creator of the London Academy of Bartending, which later became known as the famous LAB bar,’ Tom says. ‘He was also responsible for the Townhouse Bar in Knightsbridge.

‘During his experimentation, he landed on the perfect combination of passionfruit and vanilla, initially labelling it the Maverick Martini after a dodgy “gentleman’s club” in Cape Town, South Africa.

‘It was the luxuriant and shameless blend of delicious flavours that made him think of that sort of establishment.’

It was these cheeky and seductive elements that helped it become the popular cocktail we all know and love today.

‘And that cheeky name is what led to it to becoming the UK’s number one cocktail, along with of course the irresistible taste.’

Well, that’s one mystery solved but now can someone finally tell us the real reason Harry Styles isn’t our life partner?

Please and thank you.


MORE : Man loves Yorkshire puddings so much he can eat 20 per roast


MORE : Why the Maldives is the ultimate bucket list destination (and not just for couples)


MORE : A deep-dive into why we’re all so obsessed with Guinness right now