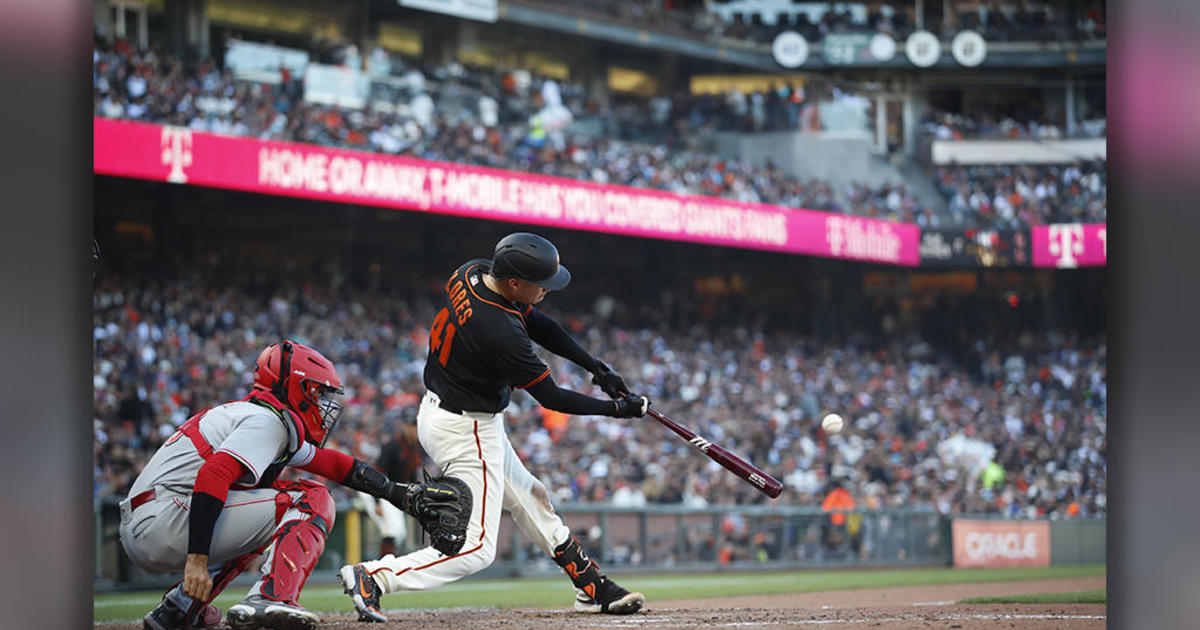 SAN FRANCISCO — Logan Webb pitched six innings of two-hit ball and the San Francisco Giants backed their ace with four home runs in a 9-2 victory over the Cincinnati Reds on Saturday.

Evan Longoria, Thairo Estrada, Joc Pederson and Wilmer Flores homered for the Giants, who snapped a three-game skid. They had lost five of six after winning seven of their previous eight.

Pinch-hitter Matt Reynolds homered for the Reds, who have lost eight of their last nine games.

But Longoria homered leading off the bottom of the inning and Estrada went deep two batters later to give San Francisco a 2-1 lead.

Longoria turned on a 2-2 inside fastball off Reds starter Mike Minor for his seventh home run, a 411-foot shot to left.

Pederson hit his 17th homer off Minor – his second off a lefty this season – leading off the fifth.

Flores’ two run homer – his ninth – highlighted a three-run sixth in which the Giants broke open a 6-1 game.

Webb (7-2) struck out six and walked two. He’s given up just two earned runs over 18 innings over his last three starts.

The Giants have won 22 of Webb’s 28 career home starts.

Minor (1-4) gave up six runs on eight hits including three home runs in his fifth start after missing the first two months with a shoulder injury.

The Giants ended a streak of 10 straight games decided by two runs or less, the longest such streak in the team’s San Francisco-era history.

The Reds claimed C Michael Papierski off waivers from the Giants. The Giants had just acquired the 26-year-old from the Houston Astros in exchange for infielder Mauricio Dubón. The Reds optioned Papierski to Triple-A Louisville.

Reds: C Tyler Stephenson is progressing faster than expected from a right thumb fracture he sustained June 9 and could start a rehab assignment in the next seven to 10 days, manager David Bell said Saturday. … RHP Vladimir Gutiérrez (right forearm) threw a bullpen Friday and could be ready to be activated soon, Bell said. OF Aristides Aquino (left high ankle sprain) is expected to resume baseball activities Monday, Bell said. 2B Jonathan India appeared to be hurt after being struck by a pitch leading off the fifth off Webb, but he stayed in the game until the eighth, when he was lifted for a pinch hitter. … The Reds have 15 players on the injured list.

Giants: SS Brandon Crawford (bruised left knee) was out of the lineup Saturday for the third time in four games. He played Friday for the first since suffering the injury Tuesday in Atlanta during a collision at home plate. “I don’t think he felt great yesterday, but this is not anything but trying to get him healthy and just confident. Health first. We’re trying to get him over the hump with the health stuff.”

Reds RHP Tyler Mahle (2-6, 4.57 ERA) has thrown six straight quality starts but is winless since May 13. Giants RHP Anthony DeSclafani (0-1, 7.71) gave up six earned runs in three innings Tuesday against Atlanta in his first appearance since coming of the injured list with right Achilles inflammation.

Why Chiefs will miss out on reported player target!