Welcome To The New LaGuardia Airport: Take A Look 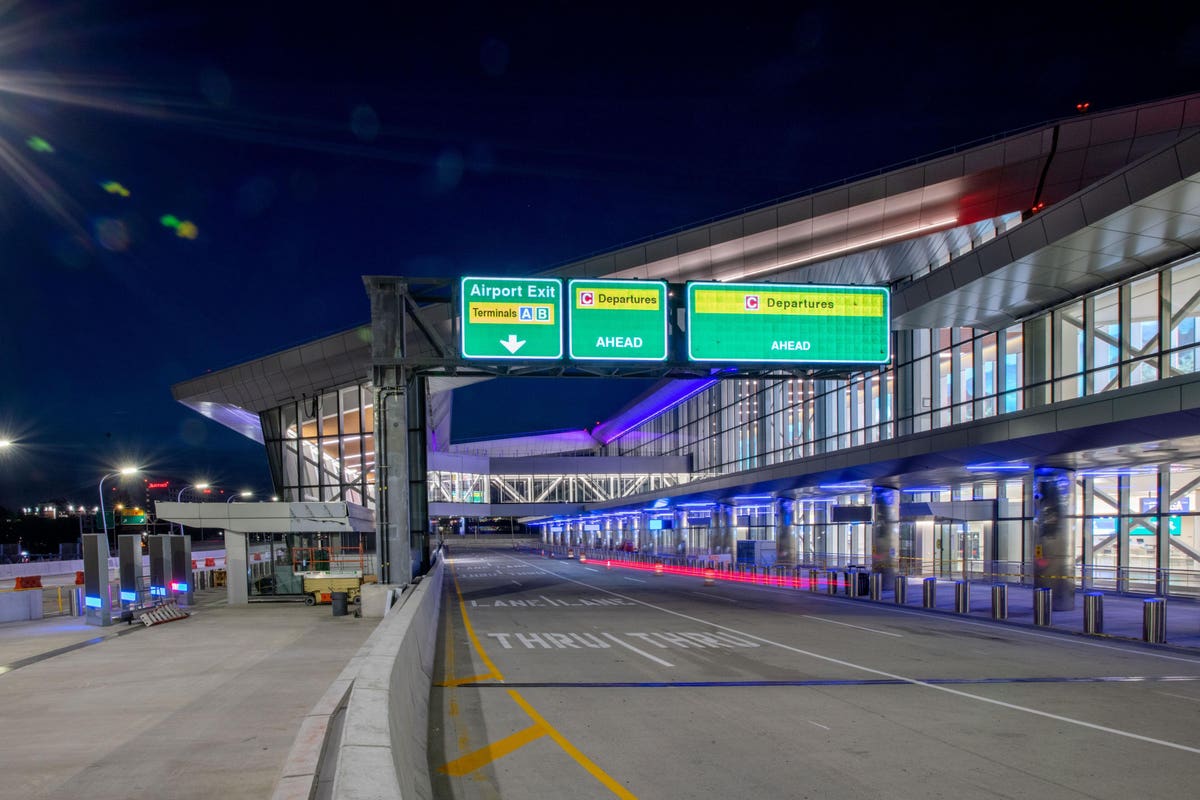 Back in 2014 when he was vice president of the United States, Joe Biden famously quipped that New York City’s LaGuardia Airport was like something you’d find in the “third-world country.” And in 2011, Donald Trump said the same (“It’s like a third-world airport”), adding that that LaGuardia made the U.S. the “laughing stock throughout the world.” No longer. Thanks to $8 billion in renovations, this New York City airport is shaping up to be a world-class facility.

Today, the latest milestone in the new LaGuardia opens to the public: Delta Air Lines’ Terminal C. Ahead of the opening, Delta CEO Ed Bastian joined New York Governor Kathy Hochul and other senior officials for a ribbon cutting ceremony to reveal the dazzling new terminal—a success story for Delta, which is investing in New York City in a big way with $4 billion at LaGuardia alone. It is Delta’s largest ever investment in an airport facility. “Today marks a new beginning for Delta customers and employees at our LaGuardia hub with the opening of this remarkable new terminal,” says Bastian.

Ultimately, Delta’s state-of-the-art facility at LaGuardia will encompass both Terminal C and D and will span 1.3 million square feet, featuring 37 gates across four concourses. Passengers will enjoy trailblazing security features, improved transportation access, additional taxiways to reduce delays, iconic public art, gourmet food offerings and more. Thanks to the pandemic, the substantial project is on track to be fully complete two years ahead of schedule: by the end of 2024.

So what can you expect at the new LaGuardia in the meantime? We got a sneak peek.

Delta used every square inch to build the incredible new facility—going as close to the Grand Central Parkway and the waterfront as possible. “When we set out to design this new terminal, we had very limited real estate to work with at LaGuardia. It is a literal postage stamp of an airport,” says Ryan Marzullo, Delta’s managing director of design and construction. “We focused primarily on the airfield because LaGuardia is notorious for departure and arrival delays. So we wanted to maximize the airfield circulation for aircraft.”

Delta also poured a ton of energy into the terminal itself. “When we designed this terminal, we really kept New Yorkers in mind, since they want speed and efficiency,” says Marzullo.

Since LaGuardia is primarily a business destination, Delta placed less emphasis on the check-in area (“It’s nice, but we know that our very few of our customers will come through here, as very few will check bags”) and more emphasis on the security checkpoint. Still, the improvements are there. Passengers can check-in at 36 full-service counters and 49 self-service kiosks. There’s also a direct-to-security luggage drop-off option.

Passengers can also bypass check-in altogether and head directly to one of 11 security checkpoints. “That’s where we put a lot of investment because it’s at the checkpoint where you have to potentially wait for the TSA, so we focused our design efforts on that customer experience and the areas where you will dwell,” says Marzullo.

A highlight at security is a massive digital art installation that’s tied to the flight schedule. “So every time a Delta flight departs from LaGuardia, new imagery will show up linking to the region,” says Marzullo.

The goal: “Waiting for the security checkpoint is the most stressful part of the travel experience,” says Marzullo. “So we wanted to try and calm customers, keep them entertained and let them be distracted by this incredible digital art.

At The Forefront of Sustainability

Terminal C is LEED Silver certified with countless sustainable features—LED lighting, exterior glass that automatically tints based on the weather and time of day, electric ground support equipment and even an ice-making plant that operates during off-hours, thereby reducing power demand during peak periods.

Delta’s longtime partner, OTG Management, has invested heavily in the food experience, taking things to the next level with restaurants like an outpost of NYC institution Bubby’s (its first time at an airport), Chuko Ramen (an artisanal ramen shop from Brooklyn), Essex Burger (a chef driven locally sourced burger joint) and more.

Delta’s dazzling new Sky Club will eventually be the largest in the Delta system at just shy of 35,000 square feet. The chic architectural touches evoke turn-of-the-20th-century New York City, with privacy booths, private workspaces and seating for nearly 600 guests. The club will also feature a gourmet kitchen and visiting New York City guest chefs who are on the vanguard, like Maiko Kyogoku, chef-owner of Japanese comfort food restaurant Bessou.

When the Sky Club is complete in 2024, there will be a year-round outdoor sky deck with a retractable glass roof.

Terminal C offers a Sensory Room that will give travelers with sensory sensitivities a calm, supportive environment. There’s low lighting, beanbag cushions and swinging chairs, plus a mini mock airline cabin for people to get acclimated to the flying experience before they board the plane.

“We wanted to build a room where people could come in, relax and get away from the craziness out in the Concourse,” says Marzullo. “For instance, it’s great for somebody who has a child who is autistic and has never flown before.”

Guests who want to use the Sensory Room are encouraged to inquire with the airline in advance of their travels.

Even restrooms are getting an upgrade. “We’ve spent a lot of time on the restroom,” says Blatstein. “We met with customers and incorporated that feedback.” Enhancements include corridors behind the restrooms, so that janitors don’t have to empty the trash around customers. The entrances to the bathrooms will have mosaic murals representing different parts of New York City. And good news, ladies: There will be more space. In addition, there will also be pet relief areas in all the concourses—going to show that Delta truly cares about everyone who is traveling, even fur babies.

• Ranked: The Best Airlines In America In 2022, According To J.D. Power Report

Babies of COVID-19: The impact of being born during the pandemic – National

Brisbane Gets Ready To Welcome The Olympics