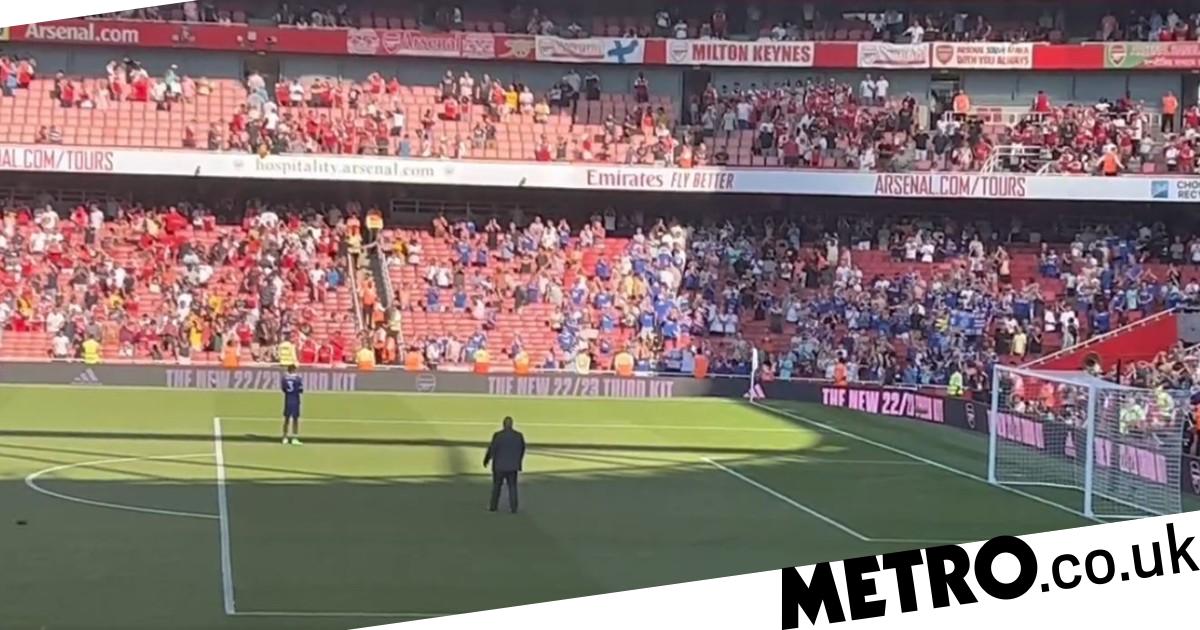 Wesley Fofana has appeared to wave goodbye to Leicester City fans ahead of a move to Chelsea.

Chelsea have taken a major step towards signing Fofana by agreeing personal terms with the 24-year-old centre-back.

Following Leicester’s 4-2 defeat at Arsenal on Saturday, Fofana walked over to the Foxes fans on his own and applauded them, while all other players were chatting, swapping shirts and embracing.

Chelsea have seen two bids rejected for Fofana but Leicester appear to be softening their stance and would accept a fee in the region on £80m.

Publicly, at least, Leicester maintain the player is not for sale with Rodgers believing Fofana would be better served by remaining for another season.

Fofana is yet to earn his first cap for France, but has represented the U21 side on five occasions.

He could join left-back Marc Cucurella and centre-back Kalidou Koulibaly in west London, who joined the Blues from Brighton and Napoli respectively this summer as Chelsea rebuild their defence under new owner Todd Boehly.

Chelsea saw Antonio Rudiger and Andreas Christensen depart earlier in the window, who left for Real Madrid and Barcelona respectively.

Leicester have already lost goalkeeper Kasper Schmeichel to French side Nice this summer while James Maddison, Jamie Vardy and Youri Tielemans have all been linked with moves away.

Meanwhile, Manchester United are confident they can wrap up a deal to sign Frenkie de Jong next week with Chelsea cooling their interest in the Barcelona star.

The Blues had hoped the incentive of Champions League football this season would convince De Jong to opt for a move to Stamford Bridge, but are now setting aside their interest to focus on bringing in a defender and striker.

Salman Rushdie on Ventilator After Stabbing, May Lose an Eye – NBC New York