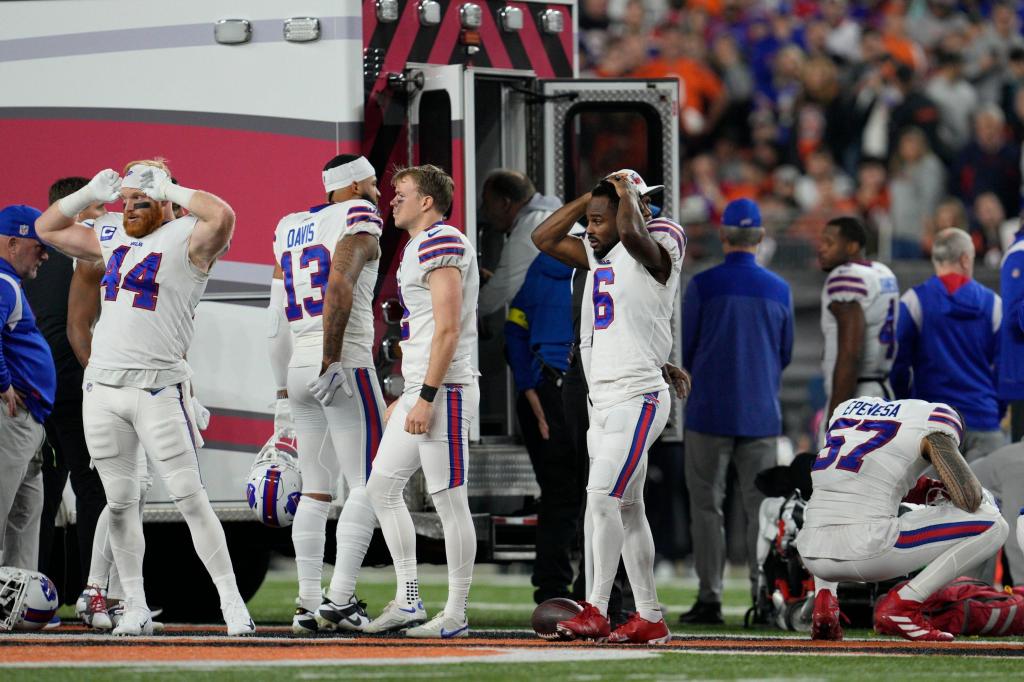 A matter of milliseconds might have been the difference between Damar Hamlin continuing on to the next play rather than collapsing and in need of lifesaving measures.

“If you get hit in the chest,” University of Maryland Medical System cardiologist Dr. Scott Jerome said, “if it happens between heartbeats in a very small window, it can put the heart in ventricular fibrillation.

Hamlin, a safety for the Buffalo Bills, was in critical condition Monday night after suffering cardiac arrest in a collision with Cincinnati Bengals wide receiver Tee Higgins. He got up but then collapsed, and as those in the stadium and a “Monday Night Football” audience watched aghast, medical personnel administered CPR and an automated external defibrillator, or AED, was used on him. He was taken by ambulance to the University of Cincinnati Medical Center.

“Damar Hamlin suffered a cardiac arrest following a hit in our game versus the Bengals. His heartbeat was restored on the field and he was transferred to the UC Medical Center for further testing and treatment,” the Bills said in a statement around 2 a.m. Tuesday. “He is currently sedated and listed in critical condition.”

Jerome, who was not watching the game but looked at replays, said late Monday night that it appeared that Hamlin suffered commotio cordis, Latin for “agitation of the heart,” from being struck in the chest at a particular time in the heart rhythm cycle. That causes an interruption in the heart’s electrical signal, and cardiac arrest.

The phenomenon has been seen in youth baseball and in lacrosse when balls strike players in the chest, he said.

And indeed, on April 16, 2021, Loyola Blakefield defenseman Peter Laake was struck in the chest by a shot during a game against McDonogh and collapsed. Team staff and two doctors in the stands rushed to treat him, using an AED, before he was taken to a hospital. After a brief hospital stay and tests, he was cleared to play and this fall committed to the University of Maryland.

Young athletes are more vulnerable compared with older, professional athletes who are more capable of absorbing the blow.

“These football players, they’re beefy and have a lot to absorb the hit,” Jerome said.

Commotio cordis is rare, with fewer than 30 cases reported every year, according to an article in the National Library of Medicine.

Jerome said the prognosis should be “pretty good” for Hamlin, given that “they have all the medical equipment on the field.”

Tesla plunges off Calif. cliff and 2 adults and 2 kids survive: “An absolute miracle”