What I Own: Alex and Oliver put a £15k deposit on their Durkar home 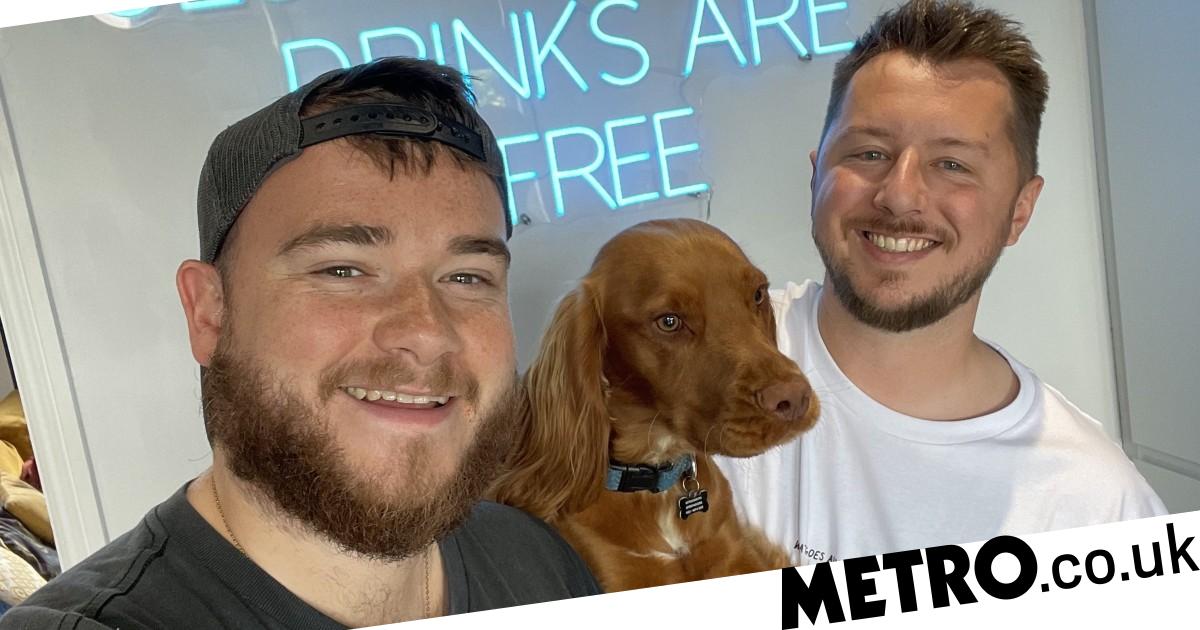 This is What I Own – our weekly property series where we chat to homeowners about their buying experience.

This week we are in Wakefield, speaking to Alex and Oliver who bought their two-bed home last year and live with their dog Milo.

The pair were first-time buyers so were new to the property process.

Tell us about yourselves.

I work in public relations and Oliver is a finance recruiter. We’ve been together for about three years, and we’re getting married in September next year. We also run a candle company, Flaming Crap selling unusual scented candles.

Where is your property? What do you think of the area?

We’re based in Durkar, Wakefield. It’s a small suburb of Wakefield situated really close to multiple country parks (Newmillerdam and Pugneys). We both lived and still work in Leeds for years before moving here, but wanted to get more for our money while still being relatively close to Leeds centre.

We live just off the motorway so we can be in Leeds in 15 minutes, but also feel as if we live closer to great outdoor spaces – which is handy especially now we have a dog. I really like our area. I think as Leeds expands, more suburbs of Wakefield will grow as people move out and commute into the city – and Wakefield is super-handy to be close to.

When did you move in?

We moved in just over a year ago, in May 2021. We were first-time buyers and this is our first home that we’ve owned.

How much does your property cost?

How much was your deposit?

What is the monthly cost of living here now; both mortgage and bills?

Our mortgage is relatively small, we pay around £625 on quite a high rate as first-time buyers. Our bills have shot up recently due to rising energy prices, but altogether our bills are around £400-500 on top of that.

We remortgage next year, so are hoping for this to decrease.

How did you save up for your deposit?

The bulk of our deposit (£10,000) came from profits from our candle company earned between October – December 2020.

We were surprised with how well our initial product launches took off and decided to save our profit to go towards a house deposit. We then had £5,000 in combined savings, and borrowed £3,000 from my grandparents to cover excess fees (which has now been repaid).

What was the process of getting a mortgage like for you? Did you find any parts challenging?

The mortgage process was pretty stressful, but we didn’t have too many hoops to jump through. Originally, we struggled as Oliver had a CCJ on his file, and I’d moved addresses multiple times over the past few years – but we actually got our mortgage in principle and mortgage pretty easily.

The process after that was the most stressful, the house was undervalued by the bank which led to a brief renegotiation on asking price (we’d originally offered £5,000 more than asking price).

Where did you live before this – were you renting or living with family?

We rented in Headingley, Leeds, before this – we’d both been renting for years prior.

What made you want to buy rather than renting?

We knew we’d be able to put down roots, and also we wanted to creatively put our stamp on our own home. Buying a house was the first step of the rest of our lives for us and has allowed us to get our dog, get engaged and start to think about our future a bit more securely.

How did you find this property? What made you choose it?

We actually found this property via YouTube. The property market around this area was wild at the time: our house was listed on the Friday, we viewed it on the Saturday, put an asking price offer in and it had multiple offers by the Sunday. We then were successful a few days later. We chose it because we thought it was actually very reasonably priced for the location and design.

It was a bit of a blank canvas when we put our offer in, and we knew we’d be able to make it our own. It had a recently renovated kitchen and bathroom which we knew meant we wouldn’t have to spend lots and lots of money on work, and it was mainly just cosmetics to make it feel a bit more us.

It was also perfectly located near good transport links for us both working in Leeds – and also to be able to get to Sheffield, which is where my old job was.

How have you made the property feel like home?

I think the first thing we both did was inject some colour. Every room when we bought the house had white walls and grey carpet,  which just isn’t very us at all.

Each room has bold colours and a distinct theme, and we used a lot of our old trinkets and collectable furniture to make it have more of a retro feel that suits our style.

What’s the inspiration for your interior decor style?

I’d definitely say we both enjoy bold design statements, and using a mixture of old, vintage and new furniture. For example, our coffee table is a vintage trunk we’ve attached legs to, but we splashed out on a brand new corner sofa just to add some juxtaposition.

We hate the neutrals/grey trends that are in at the minute – so we wanted to make sure colour featured in every room, with some personal touches.

What’s your favourite room and why?

I think my favourite room is our spare bedroom. It was a bit of an awkward space and we both work predominantly from home now, so wanted an office space that could also double as a guest room. We managed to find a really cute sofa that pulls out to be a full double bed, which is great as it keeps the room as our office space when it’s just the two of us. I also loved mixing the black panelling, pink walls and green alcove – it was just a really fun room to do.

Oliver loves our master bedroom, with the green panelling. We also extended the back wall using a stud wall which hides a little nook, which we use for storage, which was a good use of the space.

At the moment I think it’s fine, but we do know there’ll probably be a time limit as we really want to have children and potentially get another puppy – so a two-bedroom home will probably feel pretty cramped.

Do you have plans to change the property?

We’d like to put a window in our attic and potentially change that into an office space, it’s completely renovated and plastered so it could easily function as another room.

I’d like to get our bathroom re-done also (just because I’m desperate for a roll-top bath) but nothing major in terms of construction. We’d probably move house instead of investing lots more into this one.

Are there any problems with the property that you have to deal with?

Nothing major, there were a few issues after we moved in due to some of the work being a bit ‘DIY’ rather than by a professional – but I think we’ve been pretty lucky that nothing major has gone wrong (yet…).

What do you want people to know about buying a home?

I think the one thing we would say is follow your gut. We were told completely contradictory advice from parents, colleagues and people who had bought houses before. We decided just to go with what we felt was right and not listen to everyone around us too much.

This was actually the first house we viewed and we put our offer in that day. We viewed a couple more houses before it was accepted and we just knew that they weren’t the right ones for us.

Also, just make sure that you really budget for excess fees. We were lucky as we didn’t have to fork anything major our after surveys etc, but if your budget is tight you need to have some wiggle room.

What are your plans for the future, in terms of housing? Do you plan to stay here long term?

I think we’ll definitely be here for the next five years. We want to get married in this house, but we know that we want something bigger in future. We’re fortunate that our joint income has increased substantially since a year ago and we’d be able to afford something bigger in the future – but we have completely fallen in love with our area.

We used to say we’d look to move back into a Leeds postcode, but I don’t see the benefits now. We’d have much more buying power here, and have the best of both worlds.

Shall we take a look around?

Do you want to feature in What I Own?

What I Own is a Metro.co.uk series that takes you inside people’s properties, to take an honest look at what it’s like to buy a home in the UK. If you own your home and would be up for sharing your story, please email [email protected]

You’ll also need to be okay with sharing how much you’ve paid to live there and how you afforded the deposit, as that’s pretty important.

If you’re renting, you can take part too! What I Own runs alongside What I Rent, which is the same series but all about renting. Again, if you’d like to get involved just email [email protected]


MORE : What I Own: Lecturer Katy, who staircased with shared ownership and now owns her entire Plaistow house


MORE : What I Own: Psychotherapist Paula, who inherited her Stockport home from her mother-in-law


MORE : What I Own: PR consultant Erica, who put down a £22,000 deposit with shared ownership

Get all the need-to-know property news, features and advice from Metro every week.

African violets are a multi-coloured delight