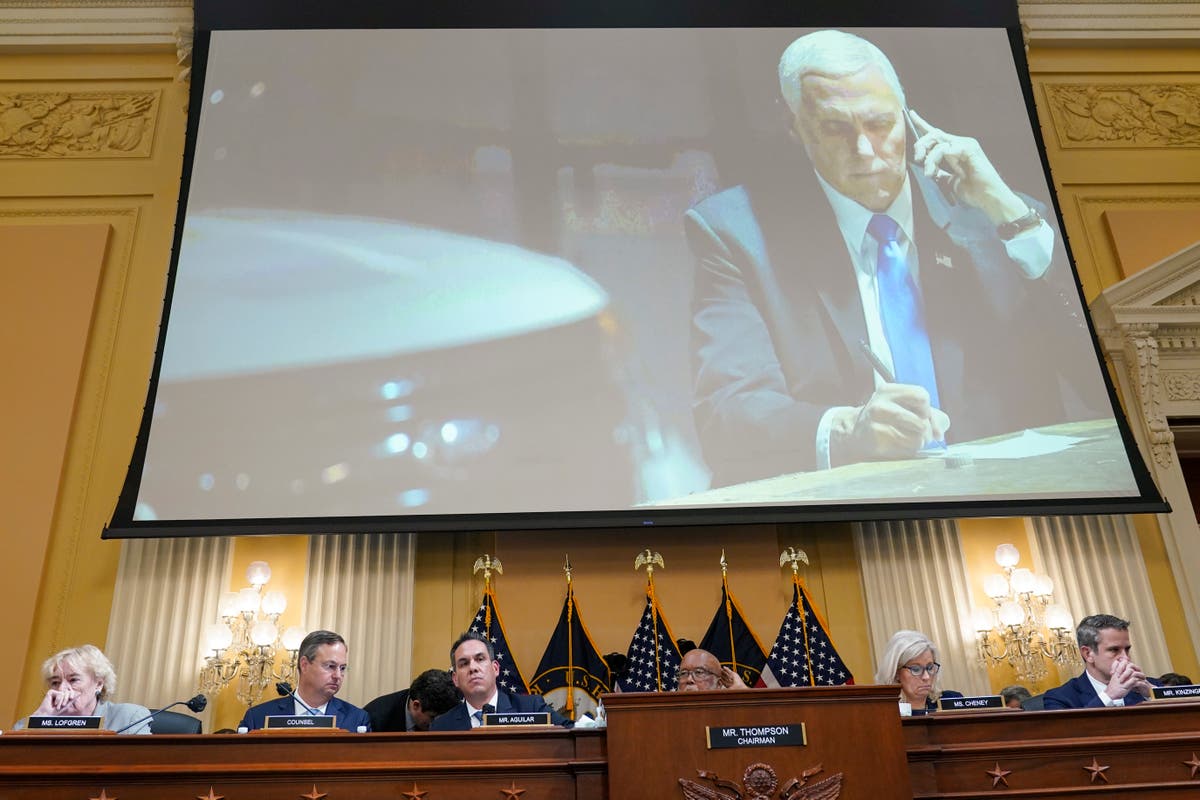 The House January 6 select committee’s next hearing is expected to examine former president Donald Trump’s unsuccessful efforts to browbeat elected officials in Georgia and Arizona into helping him reverse his 2020 election losses in those states in the days leading up to the Capitol riot.

The panel’s fourth hearing will take place at 1pm ET on Tuesday, and is set to feature a trio of officials who were on the receiving end of the pressure campaign mounted by Mr Trump and his allies even after he was advised that his chosen course of action was illegal.

One witness who is expected to give evidence is Brad Raffensperger, the incumbent secretary of state in Georgia.

Mr Raffensperger, a Republican who defeated a Trump-endorsed challenger for the Peach State’s top elections job last month, became a target for Mr Trump after the then-president became the first Republican to lose Georgia’s electoral votes since voters there delivered the state to Bill Clinton in the 1992 election.

Almost immediately, Mr Trump and his allies began amplifying a series of falsehoods about non-existent voter fraud which they claimed tainted Mr Biden’s victory. Mr Trump also began pressuring Mr Raffensperger and Georgia Governor Brian Kemp not to certify Mr Biden’s win, or alternatively, to also certify a fake set of pro-Trump electors that then-vice president Mike Pence could have used as a reason to throw out the legitimate electoral votes for Mr Biden.

The pressure campaign mounted by Mr Trump in Georgia went so far as to include an in-person visit to a ballot-counting site by Mark Meadows, the ex-GOP congressman who served as Mr Trump’s chief of staff. It also included the now-infamous phone call between Mr Trump and Mr Raffensberger which took place just days before a pro-Trump mob stormed the Capitol in hopes of preventing final certification of Mr Biden’s win.

During that phone call — which is now at the centre of a criminal investigation being conducted by the Fulton County, Georgia, district attorney’s office — Mr Trump exhorted the Georgia secretary of state to “find” the votes necessary to give him a win in the state even though those votes did not exist, and threatened him with prosecution if he refused.

Also expected to testify is Gabriel Sterling, who served as the chief operating officer in Mr Raffensperger’s office during the 2020 election.

In early December 2020, Mr Sterling denounced Mr Trump’s false claims of election fraud during a televised press conference and pleaded with the then-president to stop lying about the conduct of the 2020 election in Georgia.

“It’s all gone too far. All of it,” said Mr Sterling, who told reporters that he and other Georgia officials had been receiving death threats from Mr Trump’s supporters.

Mr Bowers, a Republican, was honoured with a John F Kennedy Profile in Courage award for his refusal to bow to pressure from Mr Trump and his allies, who had pushed him to call a special legislative session to rescind Arizona’s electoral votes for Mr Biden after the Democrat became just the second Democrat in history to carry the Grand Canyon State.

He refused to consider such an action from Mr Trump despite multiple entreaties from the then-president, protests outside his home, and yet more calls from Mr Trump’s allies in Congress.

More recently, Mr Bowers effectively killed a bill that would have given Arizona legislators the power to reverse election results in a special session after each election.