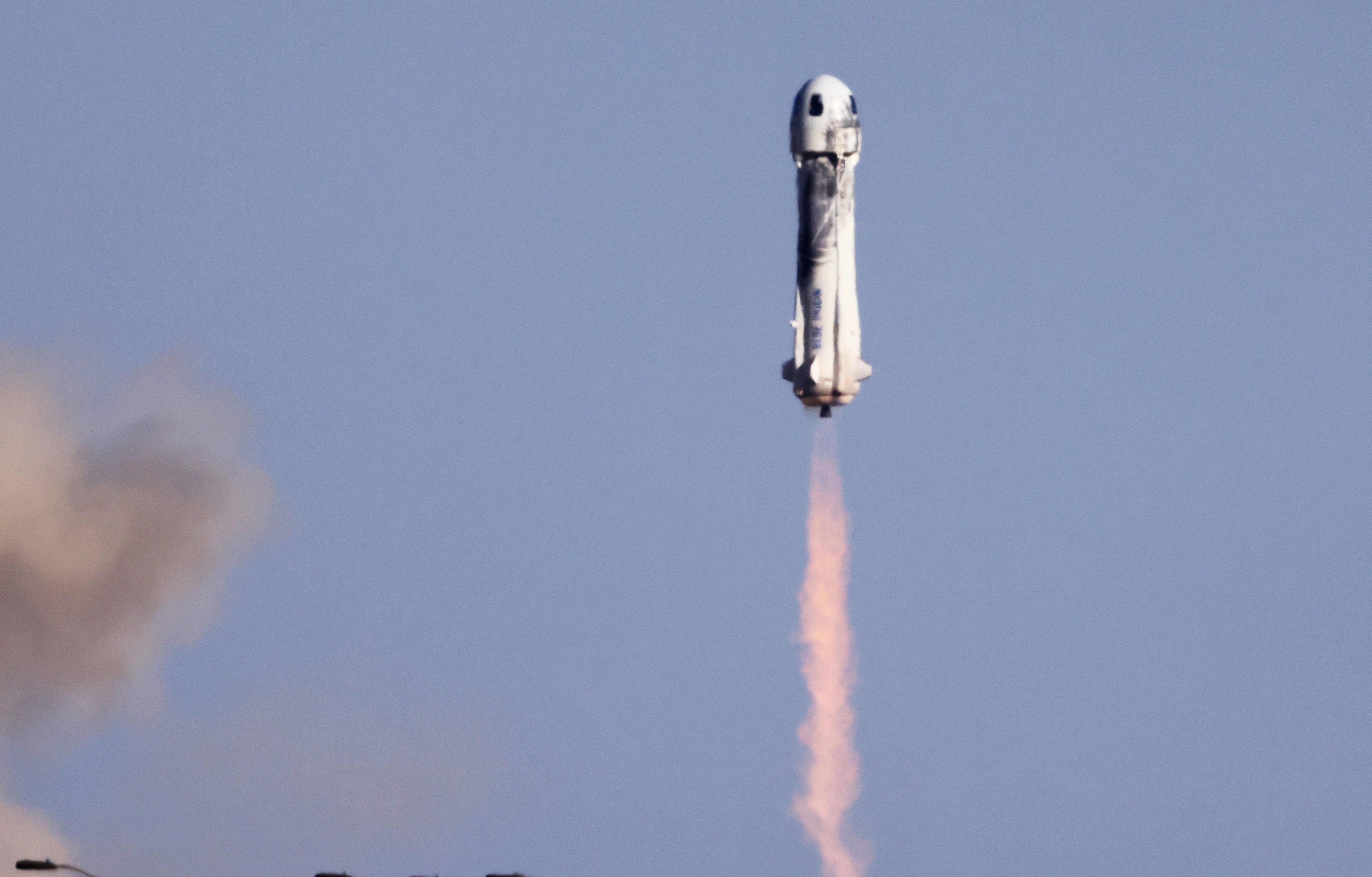 Jeff Bezos’s rocket company Blue Origin appears to be leading the space tourism race. While it’s still all talk and no action at rival Virgin Galactic, which has yet to launch paying passengers into space, Blue Origin’s New Shepard rocket is five missions into commercial launch and has sent 14 civilians to the lower edge of space (100 kilometers in the sky). But what these passengers paid for their tickets on New Shepard is a mystery.

Blue Origin doesn’t advertise price information on its flight reservation page. Passengers say they have paid from zero to nearly $30 million. Industry insiders say Blue Origin’s ticket price is tailored to individual passengers based on a variety of factors.

“It’s not about money; it’s about who you are, your social capital, whether you align with their launch purposes. It’s kind of a package deal,” said Roman Chiporukha, cofounder of SpaceVIP, a platform that helps the wealthy book space trips, including Blue Origin’s. Blue Origin declined to discuss its pricing strategy.

Most of Blue Origin’s competitors follow a simpler approach. Virgin Galactic sells a 90-minute ride to suborbital space for $450,000 per seat. Space Perspective charges $125,000 per person on a six-hour journey to the stratosphere in a balloon-borne pressurized capsule. Even the most out-of-reach space experience has a price tag: Axiom Space, a Texas startup, is marketing a 10-day trip to the International Space for $55 million.

In June 2021, Blue Origin auctioned off a seat on its maiden flight for $28 million—more than 100 times what Virgin Galactic charges for a similar experience. After the winner said he couldn’t make the trip due to a schedule conflict, the seat was sold to the second highest bidder, who reportedly paid nearly as much. But a passenger who is scheduled to fly this December paid only $1 million for his seat, according to Tim Chrisman, a former CIA officer and the cofounder of the Foundation for the Future, a nonprofit advocating for infrastructure development in space. The passenger is a board member of the nonprofit, Chrisman said.

Some didn’t pay Blue Origin directly but had sponsors cover the cost. Katya Echazarreta, a 26-year-old electrical engineer who hosts a science show on YouTube, flew on a June 4 flight paid for by Space for Humanity, a nonprofit founded by Dylan Taylor, an investor who flew on a New Shepard mission in December 2021.

Space for Humanity declined to disclose how much Echazarreta’s ticket cost, but said it paid with the support of former New Shepard passengers. Some of the voyage’s cost may have been covered by Blue Origin itself, which donated $1 million to Space for Humanity in June 2021, money which came from the auction proceeds from Blue Origin’s maiden flight.

“It sounds as though they don’t want to say what their price is so that they can tailor it to how much you are worth, and you still feel like you get a good deal because you are paying less than the person who bought the first seat through the auction,” said Chrisman of the Foundation for the Future.

The Federal Aviation Administration, which regulates the commercial human spaceflight, doesn’t have any rules around how much a company can charge its passengers or whether they can customize pricing.

In the U.S., price discrimination is legal as long as it’s not based on a prohibitive basis, such as race, ethnicity, gender, or religion. The practice is commonplace in luxury goods and services where demand exceeds supply, said Nick Davis, founder of Instajet, a private jet charter service. “In a very basic sense, something is worth what someone will pay for it.”

In space tourism, Davis added, customers tend to be willing to pay a significant premium in exchange for a coveted experience. “It’s not only the amount of money available. There is an element of kudos in being part of what may be a very exclusive and small group of participants.”

With few exceptions, people who flew for free or through sponsors were often featured as the milestone passenger of their mission and became part of what some might call a gimmicky marketing campaign.

Funk and Shatner, 82 and 90, respectively, at the time of their flights, were the oldest persons to go to space. Strahan, who stands at six feet and five inches, was the tallest person in space, and Echazarreta, who was born in Mexico, was hailed as the first ever Mexican woman in space.

“There’s always this aim to narrowly define things that you can say you are the first. It’s a little goofy, but it’s a big piece of the space culture,” said Chrisman.

But the reverse isn’t true. Oliver Daemen, the winner of Blue Origin’s maiden flight auction, happened to be the youngest person to travel to space and was heavily featured in Blue Origin’s press material at the time. But the company didn’t give him any discount or refund in exchange for his brand ambassadorship.

“If you fit with their launch purpose, they will engage you. It’s a matter of what you can offer them, not the other way around,” said SpaceVIP’s Chiporukha.

Many of Blue Origin’s special guests are celebrities, but celebrity alone won’t produce a discount.  In November 2021, actor Tom Hanks revealed during an episode of “Jimmy Kimmel Live!” that Blue Origin had approached to him before inviting William Shatner to fly on the October 2021 mission, but he turned it down because the ticket was too expensive.

“It costs like $28 million or something like that…I’m doing good, but I ain’t paying $28 [million] bucks,” Hanks told Kimmel.

Sara Blask, a spokesperson for Blue Origin, said the company “will continue to look for noteworthy people to fly on our flights and continue to open up access to space.”

The spokesperson said Blue Origin has generated more than $100 million from the New Shepard space tourism program and the company aims to double its launch pace next year, sending at least one rocket up every month.

As its commercial business grows, Blue Origin may eventually need to be more transparent about its pricing like other space tourism companies. Bezos has said New Shepard flights will be priced similarly to its competitors. In 2018, two company insiders leaked that commercial flights would be priced at between $200,000 and $300,000, which was in line with what Virgin Galactic charged at the time. (Virgin Galactic has raised its rate to $450,000 per seat.) 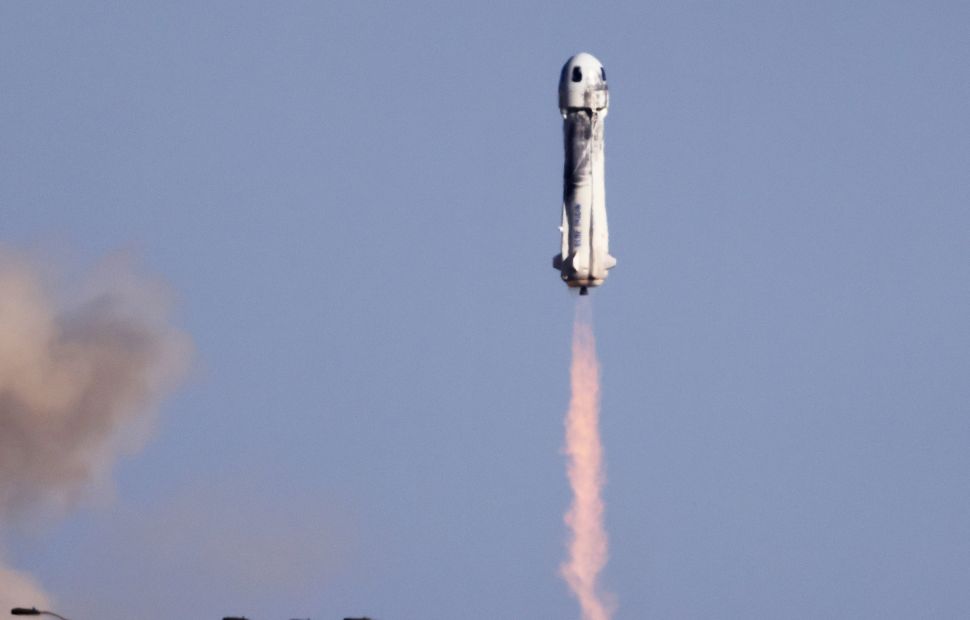