What’s next for a Supreme Court ever-more divided 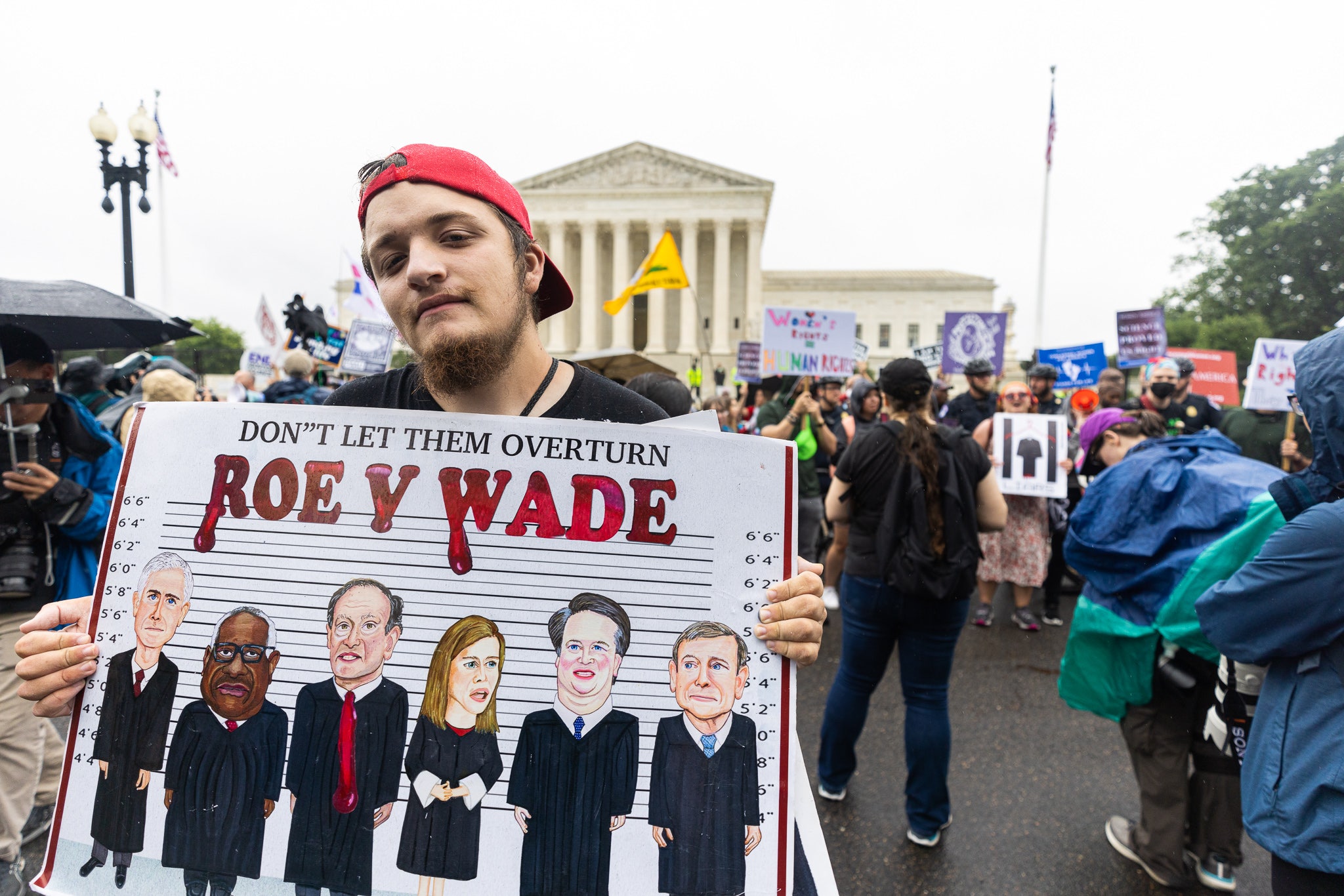 Anyone believing the Supreme Court’s ruling overturning five-decades of precedent in the Roe v. Wade decision would now be the last word in the riven public debate over abortion rights will be sorely disappointed.

The battles have really only begun, with a new template to spring this and perhaps other controversial social issues forward into an uncertain future.

With fresh calls from former Vice President Mike Pence for a national ban on abortion; to fears from many on the left that medication abortion and contraception access would next be compromised– both the high court and the public large have quickly begun to pivot from the constitutional demise of Roe.

“In future cases, we should reconsider all of this Court’s substantive due process precedents, including Griswold, Lawrence, and Obergefell,” wrote Justice Clarence Thomas in a concurring opinion in the Mississippi abortion case– referring to prior decisions on contraception, sodomy and same-sex marriage. “After overruling these demonstrably erroneous decisions [in Roe and Casey], the question would remain whether other constitutional provisions guarantee the myriad rights that our substantive due process cases have generated.”

Members of the court’s diminished left-leaning wing made clear their concerns over what could come next.

“No one should be confident that this majority is done with its work. The right Roe and Casey recognized does not stand alone,” wrote Justices Stephen Breyer, Sonia Sotomayor, and Elena Kagan. “To the contrary, the Court has linked it for decades to other settled freedoms involving bodily integrity, familial relationships, and procreation.”

The court’s right-leaning majority, controlling opinion does try to confine its impact to the case at hand, but its willingness to strike down nearly 50-years of precedent is certain to give encouragement to advocates eager to test the conservative’s judicial muscle in other areas of the law and Constitution.

“To ensure that our decision is not misunderstood or mischaracterized, we emphasize that our decision concerns the constitutional right to abortion and no other right,” wrote Justice Amuel Alito. “Nothing in this opinion should be understood to cast doubt on precedents that do not concern abortion.”

Breyer, Sotomayor and Kagan sharply questioned that rationale, saying Thomas’ words make the larger point “he is not with the program… So at least one Justice is planning to use the ticket of today’s decision again and again and again,”

“Either the mass of the majority’s opinion is hypocrisy, or additional constitutional rights are under threat. It is one or the other. One piece of evidence on that score seems especially salient: The majority’s cavalier approach to overturning this Court’s precedents,” they added. “Stare decisis is the Latin phrase for a foundation stone of the rule of law: that things decide should stay decided unless there is a very good reason for change. It is a doctrine of judicial modesty and humility. Those qualities are not evident in today’s opinion.”

SUPREME COURT’S ROE RULING REQUIRES A CHRISTIAN RESPONSE TO ABORTION THAT MUST OFFER HOPE, NOT JUDGEMENT

There is every reason to believe that Breyer’s replacement – Judge Ketanji Brown Jackson is expected to join the high court in a matter of days – will inherit that liberal concern.

Sotomayor in particular has seemed to chafe at the recent winning streak the court’s conservatives have been on – over gun rights and other hot-button issues.

She subtly signaled in dissents from other cases over the past month that today’s abortion opinion would turn out as it did.

“A restless and newly constituted Court sees fit to refashion the standard anew to foreclose remedies in yet more cases,” she said in a law enforcement dispute.

“In just a few years,” Sotomayor said in a religious liberty case, the court “has upended constitutional doctrine. With growing concern for where this Court will lead us next, I respectfully dissent.”

One prominent member of the court has tried, in many cases, to curb any ambitions his colleagues on the left and right may have to move the law in dramatically different directions.

In particular, Chief Justice John Roberts in the abortion decision sought a middle ground. He made clear in his concurrence opinion he would have upheld – in limited fashion – the nationwide pre-viability right to abortion, but allowed Mississippi’s ban after 15-weeks to stand.

If Roberts’ views had prevailed, it likely would have disappointed those on both sides of the abortion debate, but appeared designed to avoid an over-arching court mandate, and lessen tensions from the politically and culturally divisive issue.

Roberts and everyone else knew all along where Justices Alito and Clarence Thomas stood on abortion and the Roe precedent.

However, some court watchers speculated the wild cards may have been Justices Brett Kavanaugh and Amy Coney Barrett – and whether Roberts would be able to pull one or both to his side to forge a compromise. That he was unable to do so may tell us a lot about the internal dynamics that played out in uncharacteristic public fashion.

The leak of the draft opinion in May was seen by some as a calculated effort to freeze Roberts in place, and blunt any compromise strategy. Others saw the leak as a left-inspired warning of what was to come.

Roberts’ views may not have prevailed, but he stuck to his principles and refused to endorse his conservative colleagues decision to jettison Roe.

Pro-life crowd outside the court reacting to the SCOTUS decision.
(Joshua Comins/Fox News)

GREG GUTFELD: SUPREME COURT’S RULINGS ON GUNS AND ABORTION IN ONE WEEK IS THE SUPER BOWL OF LIBERAL MELTDOWNS

“I would decide the question we granted review to answer— whether the previously recognized abortion right bars all abortion restrictions prior to viability, such that a ban on abortions after fifteen weeks of pregnancy is necessarily unlawful. The answer to that question is no, and there is no need to go further to decide this case.”

As the justice in the court’s unofficial center, Roberts has long taken the go-slow approach. But his influence on that matter may have dimmed considerably.

Reports of tensions within the court in the wake of the opinion leak and the identity of the leaker itself – suggest a rough period of adjustment when its members return in the fall for a new term, with a new member aboard.

There the court will tackle whether to effectively end affirmative action in college admissions; and whether certain private business owners have a religious freedom right to refuse to serve LGBTQ+ customers.

However, the court’s current term is still in motion. We await rulings on President Joe Biden’s immigration and environmental policies; and a separate religious liberty dispute over a praying high school football coach.

But the monumental abortion decision has, and will continue to dominate this court’s jurisprudence. Its impact cannot be understated.

More than 90% of abortions in the U.S. take place in the first 13 weeks of pregnancy, according to the Centers for Disease Control and Prevention.

A new Fox News poll shows a close divide, with a 51% believing abortion should be legal, and 48% say it should be illegal. But 60% of those surveyed think Roe v. Wade should stand – 30% would overturn it.

Other surveys in recent months have shown public confidence in the Supreme Court at historic lows, over whether the American people trust the justices to act in country’s best interests.

Our poll found just 39% approve of the Supreme Court’s job performance, with 48% disapproving.

Some legal commentators say the ruling on abortion is sure to further fracture the judiciary’s reputation in increasingly partisan times.

Defenders of the court say its nine members did their job, knowing full well their work would be sharply criticized.

“I think this was a very brave decision by the Supreme Court,” said Erin Hawley, a former Roberts law clerk and a senior legal fellow at Independent Women’s Law Center. “They decided, based on the law in the Constitution, not on public opinion.”

While Roe’s impact is now history, its legacy will likely be felt in other areas too. That decades-old opinion opened and expanded the debate on women’s rights, sexuality, healthcare, and medical decisions.

Issues like cloning, stem cells, and fetal research have become part of the national lexicon. In the wake of this high court decision, the fight over abortion rights will now be turning a new chapter, and marks only the beginning of many political and legal battles to come.

Bethesda is a good developer but Microsoft is making them worse