When celebs come out, they make it easier for the rest of us to 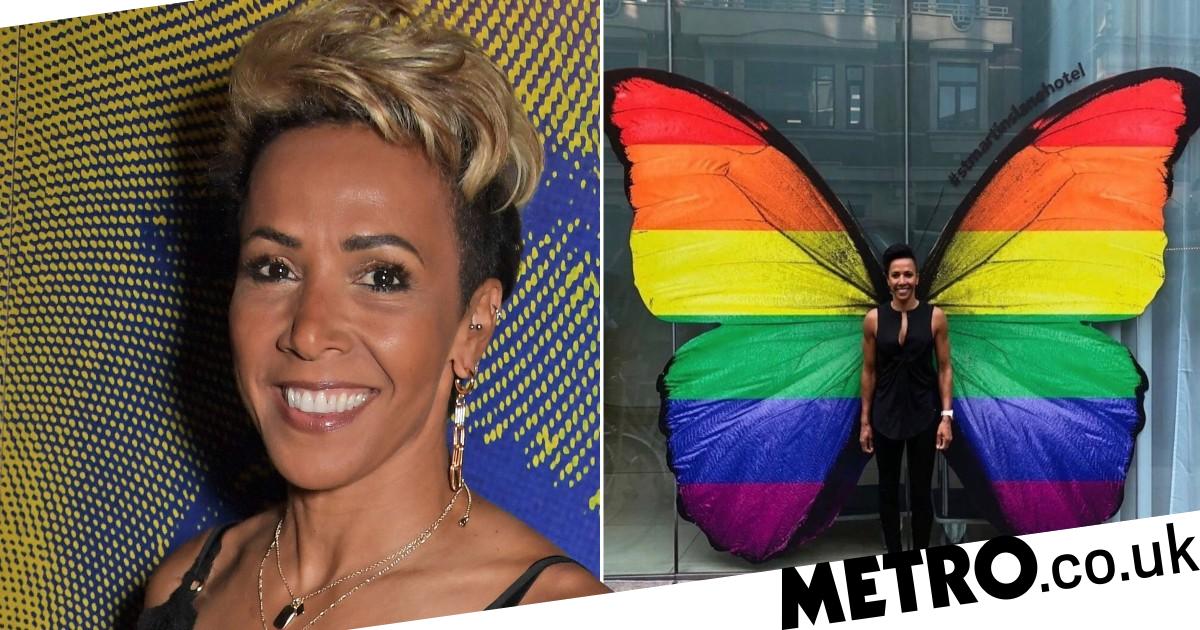 This year, we have been lucky enough to gain three new female celebrity LGBT+ role models.

Not long after Emeli Sande shared that she had fallen in love with a woman, Rebel Wilson introduced her girlfriend.

Then, just last week, Dame Kelly Holmes felt she could be open about her sexuality.

I am over the moon to say that she will be making her first appearance at the British LGBT Awards, taking place tonight.

We should celebrate these women coming out; not only because everyone should have the right to live their life openly with the people they love, but because of what it means to the rest of the community, too.

Visibility and seeing people like us represented is directly linked to our experiences in every aspect of life, our recent LGBT+ under 25s survey suggests.

Having positive female role models is a great step forward and can only improve that journey for others.

But, at the same time, we have to ask, would they have come out sooner if there was better representation in the first place?

Our recent nationwide study of LGBT+ youth found that a higher proportion of men stated that it was easy to come out at work (86%) compared to women (60%). However, people who identify as bisexual were nearly twice as unlikely to announce their true sexuality…

And, perhaps unsurprisingly, people whose gender identity was different from their sex assigned at birth were even more likely to have found it difficult to come out at work.

However, it isn’t just in the workplace that less visibility has an impact; all areas of intersectionality, bisexuality, non-binary and trans experience more discrimination and a lower likelihood of coming out to family.

So, this year, we celebrate those organisations that are doing more to ensure the entire spectrum representing the LGBT+ community are visible.

The 2022 British LGBT Awards Top 10 shortlist is the most gender-inclusive to date, with a record number of trans and non-binary nominees listed. We’re proud to see our community come together to celebrate gender-expansive identities in the face of political adversity.

We will be splitting the funds with akt, a charity dedicated to supporting young homeless LGBTQ+ people.

Role models like these incredible people continue to expand the narrative of what it means to be lesbian, gay, bisexual, transgender, queer, and to have intersectional experiences of these identities.

They have been working tirelessly to progress LGBT+ rights through representation and advocacy, and we couldn’t be prouder of them for the fantastic work which they have undertaken.

Showcasing diverse people and their stories is imperative to aiding a more inclusive Britain, a better Britain, and I’m truly proud to be celebrating the work people are doing in this space.

They make me excited for the future, too.

Our 2022 LGBT+ under 25s survey was met with unprecedented responses this year and showcases the steps being taken by LGBT+ youth up and down the country to advocate for better and more diverse inclusion in media, schools and politics.

It is through the cultivation of our youth that we will truly see long-term progress. Indeed, we saw an unparalleled number of respondents identify as either bisexual and pansexual, and full results will published later this summer.

So tonight, I can’t wait to celebrate our community.

This British LGBT Awards, with headline sponsors Macquarie and Tesco, brings you the best that both businesses and the media have to offer for LGBT+ people and the wider agenda.

Find out more about our Top 10s or watch the ceremony live from 9pm on Friday 24th June at britishlgbtawards.com


MORE : One in 10 UK parents ‘would never speak to their child about what LGBT means’

UC Berkeley team doctor has been suspended while under investigation

21 top makeup, skin and hair gifts for the beauty maven in your life

Bloody too bad — the Somerville the royals…

What's the most hated Christmas song?