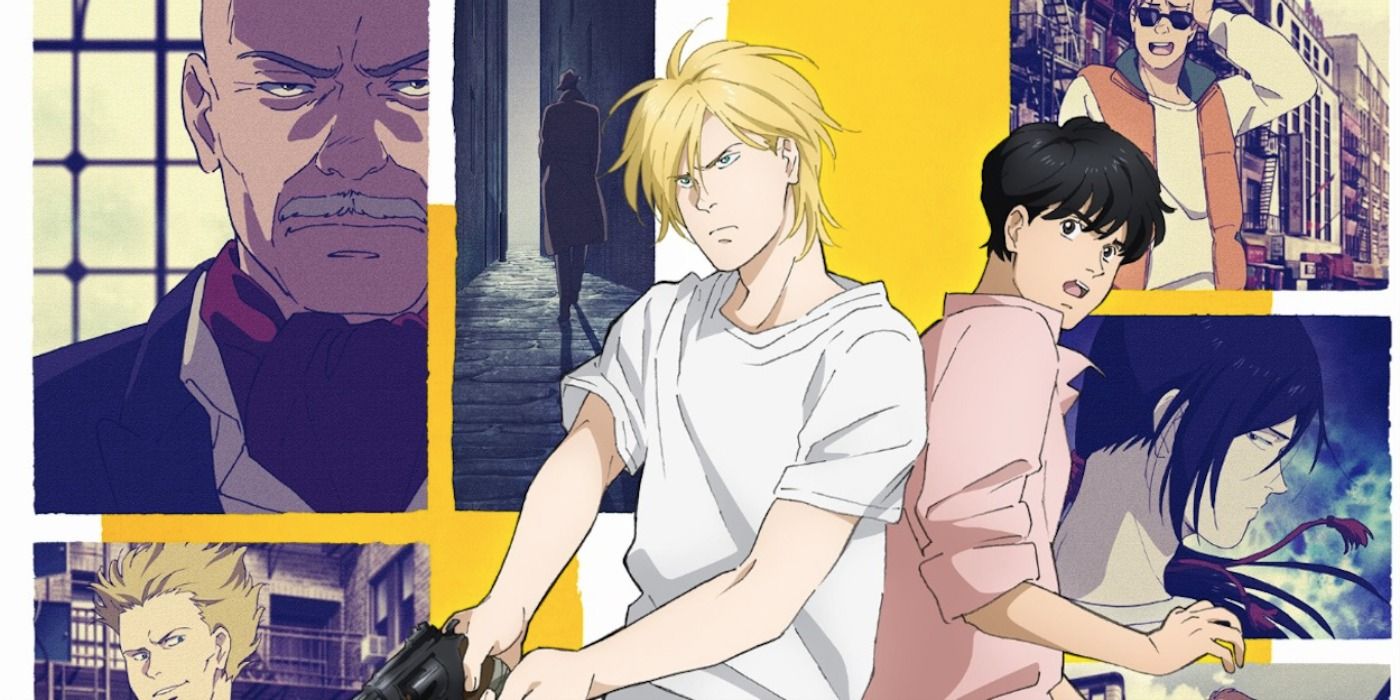 Banana Fish broadens shojo’s territory with a story full of danger, drama, and friendship. Here’s how to get started with this timeless series.

Written and illustrated by Akimi Yoshida, Banana Fish may seem like your average shojo series centering on a male lead. However, with a violent storyline and well-developed characters, the story offers a bloody tale of crime, friendship, and revenge. Although Banana Fish was first published in Bessatsu Shojo Comic magazine, the series has achieved crossover success between the audiences of shojo and shonen manga.

It’s been over 30 years since the New York gang scene graced the written pages, but in 2018 Banana Fish received an anime adaptation and regained popularity along with classics such as Cardcaptor Sakura and Ashita no Joe. While the show is still in its second springtime, here’s how newcomers and veterans like can read and watch the series.

RELATED: Carole & Tuesday: How to Get Started With the Anime & Manga

The Plot of Banana Fish

Set in the tumultuous streets of 1980s New York, Banana Fish revolves around the intelligent and beautiful gang leader Aslan Jade Callenreese, aka Ash Lynx. When Ash was a child, he was picked off the streets and raised by the notorious crime boss Dino ‘Papa’ Golzine. After years of sexual and psychological abuse, he turned into a ruthless murderer and became the boss of his own gang. After a series of murders, Ash begins to investigate the mysterious “banana fish” — a phrase Ash’s older brother has uttered since coming back from the Vietnam/Iraq War.

Surrounded by the chaos and gang wars, Ash befriends a pure-hearted Japanese photography assistant named Eiji Okumura. The two soon begin to develop an intangible friendship that they decide to protect at any cost. With a well-written plot, Banana Fish is a tragic fairytale that centers on two kindred spirits embarking on a dangerous journey.

RELATED: Rust-Eater Bisco: How to Get Started With the Anime & Light Novels

Where to Read the Banana Fish Manga

Banana Fish was first serialized in Bessatsu Shojo Comic magazine from 1985-1994 and comprised 110 chapters. These individual chapters were later published into 19 volumes by Shogakukan. The English version of the series has been localized by Viz Media.

For those who prefer to read physical copies, they are available for purchase at many book retailers and wherever manga is sold, including Barnes & Noble, Amazon, Walmart, Books-a-Million and RightStufAnime. For fans who prefer to own digital copies of their manga, many of the same retailers sell an e-book version as well.

Where to Watch the Banana Fish Anime

The 24-episode anime adaptation of Banana Fish began airing in July 2018, more than 20 years after the manga ended. The series was animated by MAPPA, the well-known studio behind magnificent works such as Attack on Titan, Jujutsu Kaisen, Yuri!!! On Ice and Dororo. The anime was produced to celebrate the 40th anniversary of Akimi Yoshida’s debut as a mangaka.

Due to the setting revision — from the 1980s to the 2010s — some changes were made in the anime adaptation. Placing smartphones and changing the Vietnam War to the Iraq War were only a few, and there are more. Currently there is no official Blu-ray release for the series in the West, so the only way to watch Banana Fish is through the Prime Video streaming service.

How to Get Started With 20th Century Boys