Which Starbucks in California have unionized? 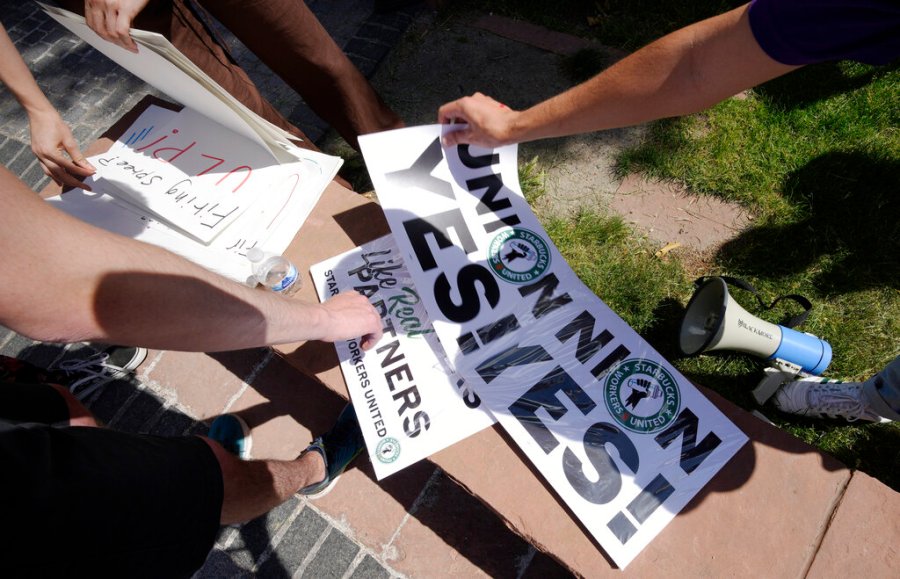 CALIFORNIA (KTXL) — Workers at 30 California Starbucks locations have filed petitions with the National Labor Relations Board (NLRB), which initiates the unionization voting process among employees.

Those California stores make up about a tenth of the roughly 300 Starbucks locations across the United States exercising their right to collectively bargain with their employer.

According to Starbucks Workers United, a majority of workers at more than 150 of those nationwide locations have voted in NLRB-officiated elections in favor of unionization.

Of the 30 CA Starbucks locations, 13 have already had votes counted. Nine stores have voted in favor of unionizing. Four have rejected unionization. So far in all, 140 California Starbucks employees have voted to unionize and 60 have voted against joining a union.

California Starbucks that have voted to unionize

California Starbucks that have voted not to unionize

Date not yet set

California Starbucks that have withdrawn petitions

Starbucks has been among the latest wave of prominent companies seeing unionization efforts among their hourly workers. In December, a Starbucks store in Buffalo became the first to unionize at one of the coffee retailer’s company-owned U.S. stores. At least 150 of Starbucks’ 9,000 company-run U.S. stores have voted to unionize since then, according to the National Labor Relations Board, and at least 10 stores have rejected the union.

The Associated Press contributed to this report.

Inflation ‘is keeping us up at night,’ says Bank of Canada deputy