Who Were Marvel’s Midnight Sons? 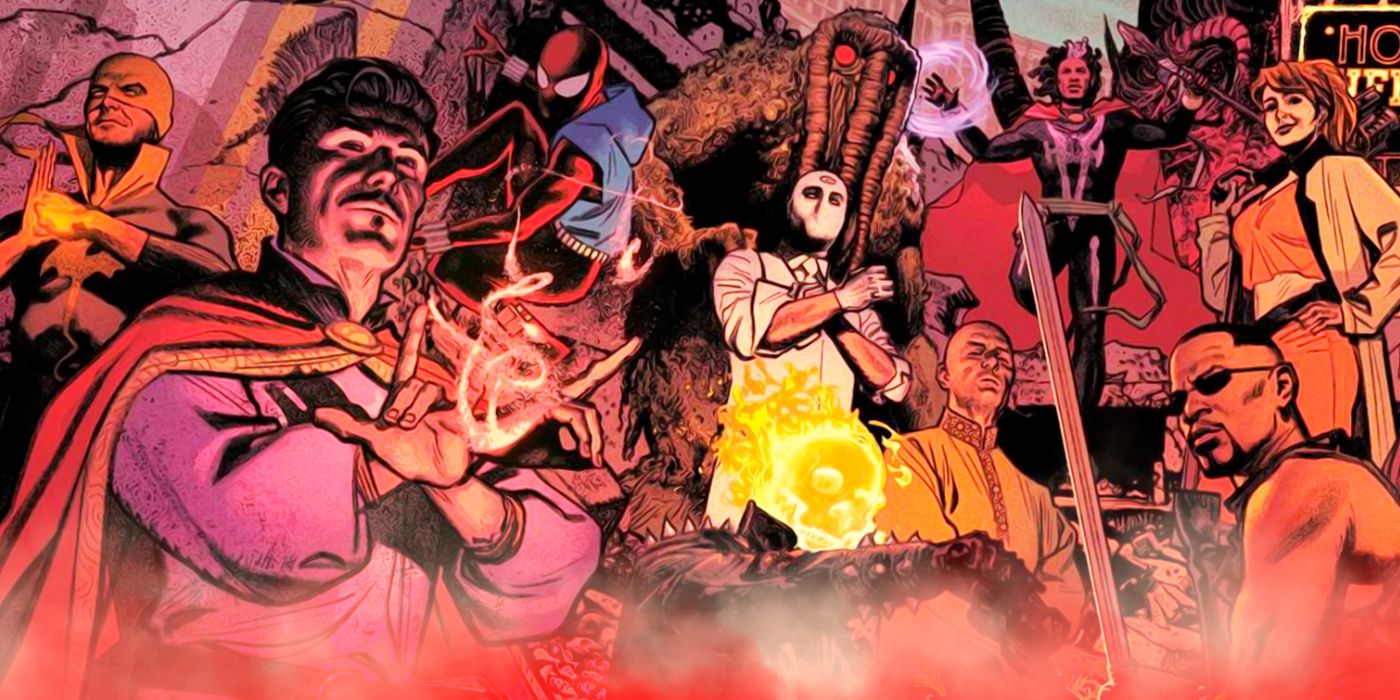 Marvel’s Midnight Sons are back, though they now boast a somewhat sunnier disposition. Retitled Midnight Suns to tie into the upcoming video game, this new comic book from Marvel revives one of the company’s grimmest and grittiest superhero teams. Born out of the 90s, this superhero team featured lots of blood and even a few bloodsuckers, not to mention several other supernatural figures.

Though the Midnight Sons might not have lasted long beyond their introduction, they featured an opportunity for Marvel to expand beyond mere superheroes and into true horror. The team also unites some more obscure characters, further showing how important they are to the wider Marvel Universe. With the Midnight Sons hitting it big in their upcoming video game appearance, here’s a look back at the history of Marvel’s gloomiest team yet.

Who are Marvel’s Midnight Sons?

Debuting in Ghost Rider #31 (by Howard Mackie, Joe Kubert and Andy Kubert) back in 1992, the Midnight Sons were exactly what the era needed. In an era of blood, chains and leather, Marvel needed something to compete with the recently launched Spawn from Image Comics. Thus came Midnight Sons, which was both a team and a sort of imprint or marketing label. This was touted as the first time that a Marvel series received its own imprint, which says a lot given the popularity of the Spider-Man and Uncanny X-Men titles.

The story behind the group’s formation involved the return of the evil demon Queen Lilith, with Ghost Riders Danny Ketch and Johnny Blaze both having visions about her resurrection. To combat her, they would ally themselves with a host of paranormal and supernatural heroes and antiheroes. This included the Nightstalkers, the Darkhold Redeemers, Morbius the Living Vampire and to a somewhat lesser extent, Dr. Strange. Unfortunately, their union would be wrought with in-fighting and violence.

At one point, Blade (of the Nightstalkers) is taken over by the power of the Darkhold, becoming demonic and slaughtering many of his allies. It’s also later discovered that the Spirits of Vengeance hadn’t truly defeated Lilith as suspected, but merely sealed her away. This caused the Midnight Sons to split into two groups, both with different ideas of how to deal with her. Their last big adventure together involves them teaming up to fight The Fallen, a group of villains related to one that they had already encountered. During this storyline, it was revealed that the current group was a fated successor of the “Order of the Midnight Sons”. Sadly, outside a few appearances here and there like in the Marvel Zombies series, the team hasn’t had much action within the past two decades.

RELATED: Who Are Marvel’s New Dark Mages – And What Do They Want with Ghost Rider?

Why Were the Midnight Suns Disbanded for So Long?

The reason for the Midnight Sons being present only in the 90s is somewhat obvious. As mentioned, they fit in well with the time period, which was more than ever ripe for some of the team’s members to hit their stride. The dark and gritty decade in comics was the first time that horror books had been a thing since the 1970s. Characters like Blade, Morbius and Ghost Rider had debuted and seen their biggest pushes during those years, so of course, they would hit it off again in the 90s.

Much of the boom in comic book sales during the 1990s was speculator-driven, however, once that bubble burst, it was all downhill for the industry in general. Following the “Siege of Darkness” crossover, sales would begin dipping for the Midnight Sons’ imprint, with many of the titles canceled afterward. Not even a year out, the imprint’s marketing would be gone. It only made sense that a team so emblematic of the earlier part of the decade would be thrown aside, even if they were fairly popular for a while. They did, however, fare better than Marvel’s failed horror-driven, Legion of Night.

Why the Name Change to Midnight Suns?

Now, the Midnight Sons are receiving a media push that the 90s failed to produce, though their name might be a bit different from what fans remember. For one, their first big appearance outside the comics is the upcoming video game Midnight Suns. This RPG will feature Lilith and the Fallen as the villains, but the supernatural Midnight Sons won’t be the only ones in their way. Non-supernatural characters like Wolverine and the Avengers will be present, as well as newer supernatural characters like Nico Minoru. The presence of the latter and that of the Scarlet Witch is likely why the more gendered naming has been abandoned.

Jumping off of this is a new Midnight Suns comic book debuting soon. It will have the same title as the game, even featuring some of the same characters, but it’s not a direct tie-in. Both the game and the comic also come in the year that marks the 50th anniversary of Ghost Rider’s introduction. If this miniseries can use the game’s likely success as a launching pad, it could finally cement a place for the Midnight Sons in the Marvel Universe.