Most mornings I wake up feeling very sick. I don’t eat too late in the evening and usually have quite small meals, so I don’t think it’s down to what I am eating. I can’t have breakfast because of the nausea, which makes me feel light-headed. Is it bad to skip breakfast – and what could be causing the nausea?

It is not normal to wake up every day feeling sick, and this is absolutely a reason to see a GP.

One of the more common reasons for daily nausea is anxiety, and in some cases stress, which can both cause very profound physical symptoms. It might be accompanied by a feeling of dread and nerves, and also a fast heart rate or a headache.

With a thorough conversation and tests, a doctor can find out if the cause is psychological before looking into which treatments might be suitable to tackle it.

It is not normal to wake up every day feeling sick, and this is absolutely a reason to see a GP. (File image)

Nausea may also be a symptom of a stomach problem. People who suffer from acid reflux or gastritis, where the stomach is inflamed, will feel sick regularly.

Bowel problems can cause daily nausea, too – conditions such as irritable bowel syndrome and the infection H. pylori could be to blame, and even chronic constipation can cause it.

Nausea is also a very common side effect of medication, so it is worth asking your pharmacist whether any regular medicines you take could be behind it.

Drinking too much alcohol may also lead to daily nausea.

There are medications to deal with nausea that can be effective. Some, such as travel sickness pills, can be bought over the counter, and a doctor can also prescribe anti-sickness medications, for example the ones we use to tackle morning sickness.

Although unlikely, daily nausea can be what doctors call a red flag for certain cancers, such as pancreatic or stomach cancer.

The priority, though, is to establish what is going on.

I  am in my early 60s and very fit and active. Recently I’ve started to notice that a couple of my fingers get ‘stuck’ and won’t move for a few minutes at a time, before going back to normal. Is this an early form of arthritis?

This sounds more like something called trigger finger than arthritis. In arthritis, there’s pain, swelling and immobility of the joint, but it doesn’t come and go in this way.

With trigger finger, a finger gets stuck in position when you bend it. Any finger can be affected – even more than one at a time – but most commonly it’s the thumb or ring finger.

Whereas arthritis is an issue with the joints, trigger finger is an issue with the tendons – the soft tissues that attach your bones to the muscles. Tendons allow the smooth and easy movement of your muscles and joints, a bit like nicely lubricated pulleys in a machine.

With trigger finger, this smooth movement is interrupted by narrowing and lumps forming in the tendons, which means they catch and get stuck. This is more common in over-50s and in women, although we don’t know why it happens.

It is also more common in people with rheumatoid arthritis and diabetes, as well as in people whose job or hobby involves lots of repetitive hand work.

With early trigger finger, resting the hand may be enough to help it to pass. A splint to support and rest the hand, worn at night to keep the finger in the straight position, can also help. This could be used alongside anti-inflammatory medications such as naproxen or ibuprofen.

Worsening symptoms may benefit from a steroid injection directly into the tendon to reduce the inflammation and bring back smooth movements.

Six years ago I had several bouts of chest infections, for which I was prescribed antibiotics. Since then my sense of smell has deteriorated. Now, on some occasions, I can smell faintly, but on other days not at all. Could it be a side effect of the antibiotics I was given, or my high blood pressure medication?

Losing the sense of smell, known as anosmia, has become widely known as a symptom and long-term complication of Covid, but it is an issue for many people who have never had Covid.

DO YOU HAVE A QUESTION FOR DR ELLIE?

Dr Ellie can only answer in a general context and cannot respond to individual cases, or give personal replies.

If you have a health concern, always consult your own GP.

Anosmia can happen after any upper respiratory infection, as inflammation in the nasal cavity can affect the nerves involved in the sense of smell.

It can also be a symptom of nose growths called polyps, and allergies that cause the nose to be constantly inflamed. Sense of smell does reduce with age, too.

Certain blood pressure medications can cause some changes in taste, but not in smell. Some antibiotics that may have been used for a chest infection can change the sense of smell long term.

If there is an underlying cause, such as nose inflammation, polyps or allergies, treating this will help the sense of smell to return. This could entail taking a regular antihistamine or using a steroid nose spray.

A GP or pharmacist could advise on this. It is important to remember that as well as being distressing, not having a sense of smell is also a risk.

You can’t detect a gas leak or burning food, or food that has gone off.

Smell training is a technique to help bring back your smell sense. This is a programme to follow to retrain your nose to get used to smells. It involves smelling specific strong smells on a daily schedule to help trigger the senses again.

You can find the programme to follow with the charities Abscent (abscent.org) or Fifth Sense (fifthsense.org.uk).

I know the symptoms of hayfever can be utterly miserable, but you don’t need to see a GP about it. I’ve heard from several colleagues that their clinics are full of patients with classic hayfever problems, leaving little room for other patients.

It is tricky, because some of the worst symptoms, such as streaming eyes and headaches, can be mistaken for other conditions that could be more serious.

It is also possible to develop hayfever at any point in life, so some people may be troubled by a set of new symptoms. 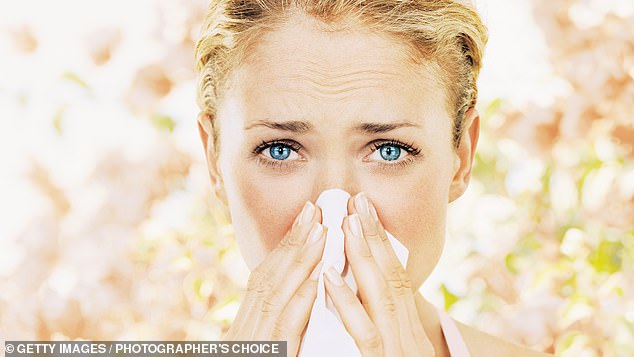 I know the symptoms of hayfever can be utterly miserable, but you don’t need to see a GP about it. I’ve heard from several colleagues that their clinics are full of patients with classic hayfever problems, leaving little room for other patients. (File image)

I understand why patients would want to check with a doctor, just in case. But most people don’t know they can use their pharmacist for this – they will recognise the telltale signs in an instant. They can also recommend treatments.

If these don’t work, that’s when it is time to book an appointment with your GP.

There’s no reason to suffer with hayfever, but GPs don’t have the answer – pharmacists do.

Please take care when enjoying barbecues – it is at this time of year we see the most cases of food poisoning.

Outdoor grills are not always used correctly and fail to kill the nasty bugs lurking in raw meat.

Experts have warned that particular care should be taken with barbecued chicken, as it is the meat most likely to carry a bacteria called campylobacter, which can be serious. 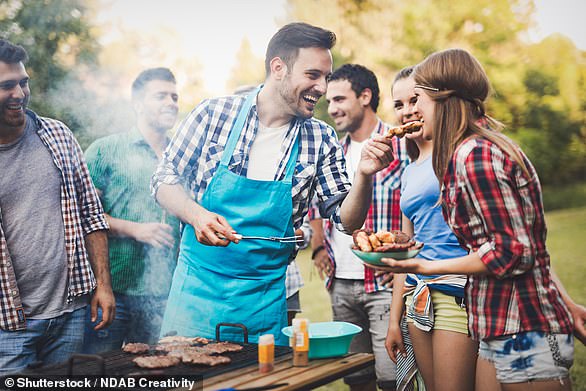 Please take care when enjoying barbecues – it is at this time of year we see the most cases of food poisoning. (File image)

In fact, it is responsible for the most hospitalisations of any food-related disease in the UK.

Food poisoning isn’t just a dicky tummy – it can make you very ill indeed. A patient of mine was recently hospitalised by campylobacter from chicken that wasn’t properly cooked.

Finish meat off in the oven if you’re worried, keep raw meat away from other foods – and, most importantly, remember to wash your hands.