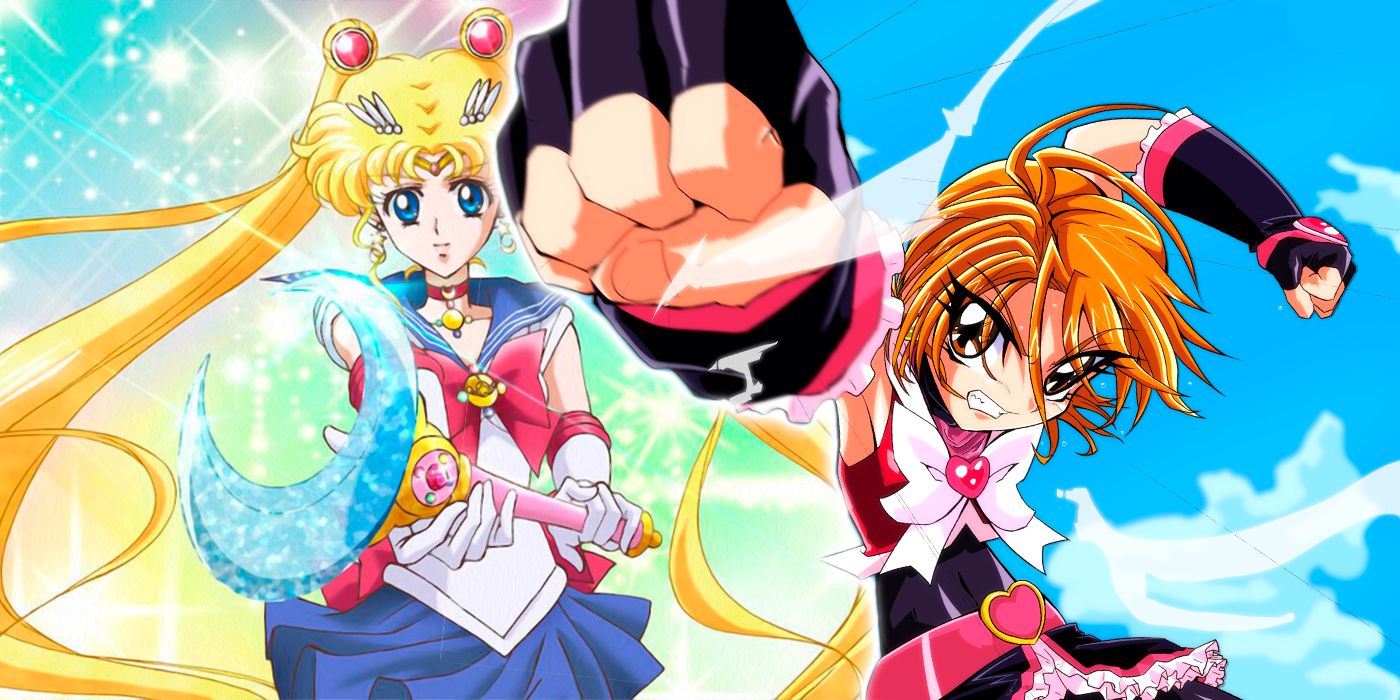 The Magical Girl genre has long since become one of many staples associated with anime — so much so that it’s frequently parodied not just by other anime, but by western cartoons as well. Despite this, very few magical girl series have actually broken through the mainstream. It certainly isn’t because the industry has been producing less magical girl anime, but rather, western publishers seem to be averse to localizing most of them.

This is a problem that’s perpetuated not just in anime, but the animation industry as a whole for many years. Shows with a male demographic will almost always receive preference over those targeted at girls. The few that are made with a female demographic in mind tend to go out of their way to appeal to a male audience as well, such as changing the title to give less focus on the female protagonist (ie: changing Miraculous Ladybug to The Adventures of Miraculous Ladybug and Cat Noir) or elevating a male character to a secondary protagonist position.

RELATED: From Arina Tanemura to Clamp: Influential Shojo Artists of the Early 2000s

One of the best-known anime that takes the above practice to heart is Cardcaptor Sakura. When it was first released in English in the west, its title was changed to Cardcaptors. This rename accomplished two things: it put less focus on the female protagonist, and it gave more importance to a male character. In the original series, Sakura is the only character to ever receive the title of “Cardcaptor”. In Nelvana’s English dub, it isn’t just Sakura who receives this title, but Syaoran (renamed Lee in the dub) as well.

Lee is also elevated from supporting character to co-protagonist status, again to appeal to the male demographic. His romance with Sakura is completely scrapped, and any episodes that focused on the series’ more slice-of-life aspects were completely removed in favor of more action-based storylines. In short, Nelvana repackaged this classic shoujo anime into a shounen series with a female lead.

Every few years, popular children’s anime geared toward boys will receive a new iteration featuring an entirely new cast. Digimon, Yu-Gi-Oh and Beyblade are some of the more popular ones that come to mind. Many of these have made their way to broadcast networks in the west — in fact, the latest iteration of Beyblade is currently airing on Disney XD. The same treatment has been given to many popular children’s anime aimed at girls as well, ranging from magical girl anime to idol anime. However, most of these long-running franchises have never made their way to western television sets.

It would be understandable if such programs were not successful, but many of these have proved popular enough to continue running for several decades. One prime example is Pretty Cure, a long-running magical girl anime that has been around for over 20 years. It’s one of Toei Animation’s most popular properties, rivaling even Sailor Moon in terms of cultural impact in its home country. Despite its massive success, only two of the series within this storied franchise have ever been picked up for English localization.

The original series, Futari Wa Pretty Cure, was picked up by several companies including Funimation, 4Kids and YTV. Only YTV has ever broadcast the show on television, but because it is a Canadian broadcasting channel, this means Futari Wa Pretty Cure was never shown in the US. It is, however, still available for streaming on Prime Video and Hulu.

Doki Doki Pretty Cure was picked up by Hasbro and dubbed by Bang Zoom! Entertainment. It was renamed to the slightly more aggressive Glitter Force and is currently available for streaming on Netflix. Like most children’s anime from the early 2000s, the story was heavily cut and edited to remove any explicit references to Japanese culture as well as material deemed too “mature” for its target audience, such as references to death. As of this writing, this was the last Pretty Cure anime to be officially dubbed in English. While Crunchyroll has started streaming the newer entries in the franchise, no other companies have made any attempts to dub or market it to the western audience.

While shoujo anime have not had as much trouble finding an audience in the west, one would be hard-pressed to find such shows airing on network television. Toonami has aired a few female-led shows in the past, but none were explicitly made with a female audience in mind. After the success of Sailor Moon, 4Kids made a few attempts to tap into the magical girl market by picking up Tokyo Mew Mew, or Mew Mew Power as it’s known in the west.

It found some level of success, but not nearly to the same degree as Sailor Moon. A further attempt was made with yet another Toei Animation property, Ojamajo Doremi, which predictably received a new westernized name: Magical Doremi. It proved even less successful and suffered from consistently low ratings. 4Kids never finished airing the entire series, with the last 25 episodes going straight to the network’s website instead. 4Kids also gained the rights to Futari Wa Pretty Cure, but it never released any episodes before the series was eventually picked up by another distributor.

The failure of such anime can be attributed to a number of things — none of which can be faulted to the shows themselves, but rather, mismanagement on the part of the companies distributing them. Magical Doremi aired at 7:30 am, too early in the morning for most kids to want to tune in on a Saturday.

Cardcaptors received heavy backlash from fans of the original source material. When Pioneer gained the rights to distribute the original series on home video — completely unedited and uncut in the original Japanese dub — the sub-only DVDs outsold the dub-only DVDs by more than 10,000 units. Likewise, many long-time Pretty Cure fans responded negatively to Hasbro’s decisions to edit and westernize the English dub for Glitter Force — a practice that in this day and age is no longer considered acceptable. Even the English dubs for the likes of Beyblade keep the original Japanese names and references intact.

It truly is a shame that more companies aren’t willing to put more time and interest in anime aimed at young girls. If they would simply put the same amount of effort into marketing such shows the way they do with Bakugan or Pokémon, there’s definite success to be had. There’s a plethora of magical girl and shoujo anime that will never be exported as a result. For now, magical girl aficionados will have to be content with streaming the latest iteration of Pretty Cure subbed.

Need for Speed Unbound: Beginner tips and tricks to take on…