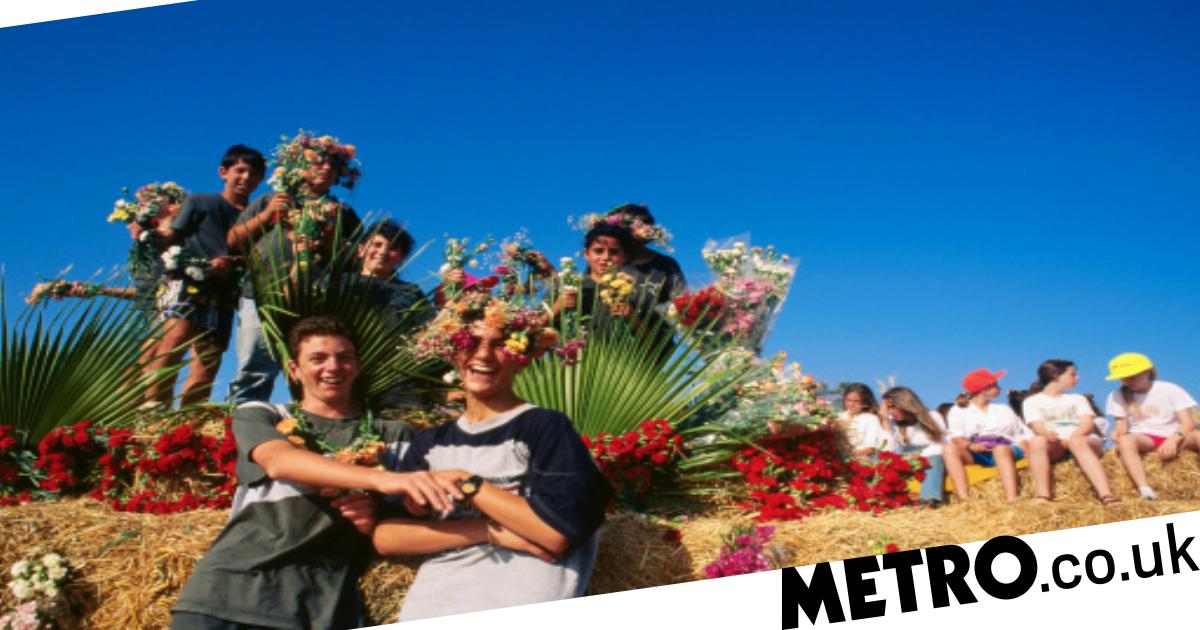 The Jewish festival of Shavuot is due to begin at sundown on Saturday, falling seven weeks after the festival of Passover.

Although it’s not one of the best-known of the Jewish holidays, it’s still a fairly significant festival, particularly as it marks an important moment in the history of the Jewish people.

But just what does Shavuot mean, how is it celebrated – and what greeting should you give to someone who is celebrating?

Here’s what you need to know…

What does Shavuot mean and what is the festival about?

Shavuot – also known as Pentecost – is a Hebrew word which means Weeks, with the festival’s other name being the Feast Of Weeks.

This refers to the festival falling at the end of the seven-week period after Passover known as the Omer, a sad time in the Jewish calendar when weddings and parties with music are not allowed.

Shavuot commemorates the giving of the 10 commandments to the Israelites on Mount Sinai, following their escape from slavery in Egypt.

Shavuot falls on the sixth day of the Hebrew month of Sivan – which normally coincides with a date around May or June in the Gregorian calendar – and is celebrated for one day in Israel and for two days outside in the Diaspora.

This year it begins at sundown – as is the tradition for Jewish festivals, in keeping with the days beginning at sunset in the Hebrew calendar – on Saturday June 4 and ends at sunset on Monday June 6.

How is Shavuot celebrated?

The Shavuot celebrations include special services in the synagogue – which were put on hold last year in the wake of the coronavirus pandemic but will go ahead this year, with Covid-secure measures in place.

For those who cannot get to a service, there are other ways to mark the festival.

Cheesecake and other cheese-based desserts such as blintzes are particularly popular during the festival.

It’s also traditional to stay up all night and study the Torah on the first night of the festival, as well as decorate the synagogue and homes with flowers – to mark the fact that Mount Sinai is said to have burst into bloom when the commandments were given.

The book of Ruth is also traditionally read during synagogue services.

As Shavuot is a Yom Tov – one of the major festivals – all manner of work is forbidden for the duration.

What do you say to someone who is celebrating Shavuot?

If you want to wish someone a happy Shavuot, there are a number of standard greetings you can use.

The most traditional of these is ‘Chag Sameach’ – a standard, all-purpose Hebrew greeting which you can apply to any Jewish festival, and which simply means ‘happy holiday’.

To translate, ‘Chag’ means Jewish holiday, while ‘sameach’ means happy, derived from the Hebrew word ‘simcha’ which means celebration (a word often used by Jewish people in conjunction with Barmitzvah and Batmitzvah parties as well as weddings and other significant parties).

Another popular greeting is ‘Good Yom Tov’ – which is a standard greeting for festivals.


MORE : What is Yom HaShoah and how is the Jewish memorial day marked?


MORE : Why are Jewish people not allowed to eat bread and certain other foods on Passover?


MORE : When is Purim, what is the Jewish festival and how is it usually celebrated?