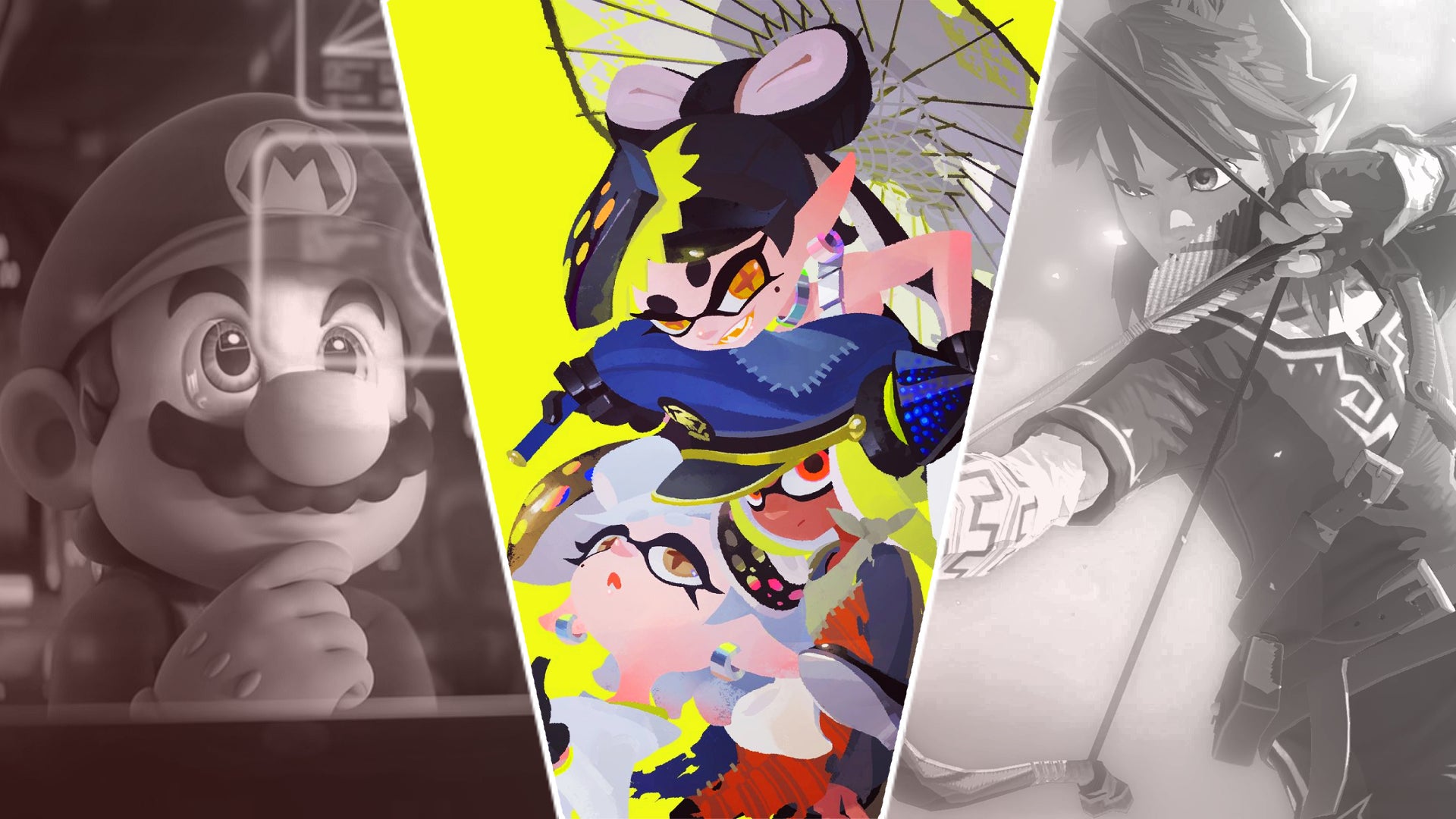 Why do I live in the UK? A cluster of lands glued together by wobbly agreements, littered with people trying to shun attractive Europeans, and led by a law-breaker who still refuses to use a comb. Worst of all (at least, for the summer), this is a hype wasteland for Splatoon 3.

Western civilisation, by extension, feels like the forgotten afterparty for Splatoon fans. Sure, 10 million copies of Splatoon 2 have been sold worldwide and there’s plenty of people to match with online, but it’s clear Nintendo has uncharacteristically pumped out two sequels in seven years to feed its insatiable Japanese audience.

According to Famitsu, Splatoon 2 is the fifth best-selling Switch game in Japan ahead of Super Mario Odyssey and The Legend Of Zelda: Breath Of The Wild. No wonder they’re prioritised for the killer holographic Splatoon concerts.

The reception to Splatoon 3’s release date announcement demonstrates the sizable gulf. The same Turf War gameplay video has almost double the views (2.3 million) on Nintendo Japan’s YouTube channel in comparison to the US (1.2 million), with only a quarter of their subscribers. You’ll find the same results in the irrefutable science of tweet engagement, with the amount of ‘likes’ on Japan’s announcement comparable to the entire population of Sunderland. For the North American tweet, you’ll find more life on the Isle Of Man.

For western audiences then, it’s perhaps jarring when Splatoon is treated with the same prestige as a new Zelda, Mario or Pokémon – even when it’s entirely deserved. The original Splatoon had the disadvantage of being launched in 2015 on the Wii U, Nintendo’s worst-selling console, so the hasty release of a sequel two years later on Switch felt like a rescue relaunch for their best franchise since Pikmin. While Splatoon 2 had many improvements, including a vastly superior single-player mode, it was a familiar experience. A sequel which was oddly conservative for a company yet to release a new F-Zero over a lack of fresh ideas.

This five-year gap for Splatoon 3 feels like a healthier gestation period to push the series forward. Ironically, we haven’t seen much to prove that yet. There’s new weapons, obviously, like Crab Tanks and Angle Shooters to lay down tripwires. Co-op horde mode Salmon Run is back, the deceivingly stressful industrial nightmare where you fight for eggs against waves of mutant fish. It’s the best showcase for Splatoon’s bizarre eccentricities and creepy character designs. Better yet, in Splatoon 3 you can now throw the eggs. Viva la revolución.

These additions, while impactful, are admittedly small tweaks. Yet it’s how creative Splatoon 2 is in its single-player which makes a third entry an exciting proposition. Just like Nintendo’s finest works, it squeezes all the juice from its weapons and mechanics and rarely repeats its tricks – from levels designed around sniping with the charger, thwacking barrels into enemies with the roller and “inkfurlers” which, when shot, roll out a temporary platform like those ‘90s slap band bracelets. There’s strong whiffs of Super Mario Galaxy in its design, from the hub structure, fluidity of levels to the launching jump pads you skyrocket between.

If the levels borrow from Mario, the wonderfully weird bosses are pulled from Waluigi’s cheese dreams. There’s sentient octopus ovens, bulging samurais riding unicycles and fuming shower heads lifted by Octocopters. They can be tricky too, requiring a level of spatial awareness to line-up splat pathways on the ground to dodge attacks, climb at speed, or to avoid being overwhelmed by a bosses’ perennial gunk.

All of this was amplified in Splatoon 2’s Octo Expansion, the greatest DLC Nintendo has ever released. The challenges were more creative, packed more variety and, instead of serving as an onboarding ramp of basic mechanics for multiplayer, stretched your skills to the Inkling hardcore. If your contributions in Turf War amounted to painting the corners, the Octo Expansion is a drill sergeant smushing your face in your inadequacies. You’re forced into mastering each weapon and executing an elegant juggle with tight restrictions – from inkjet jetpack shoot-outs, battles atop tiny car spaces and ducking around laser corridors like a squid Tom Cruise.

Splatoon 3’s existence suggests Nintendo has enough ideas to top what’s come before – an assumption that, while optimistic, is wildly exciting to think about. It’s what the platform holder is holding back (likely for a not-E3 reveal) which is enticing. The new hub, Splatsville, looks more expansive and detailed judging by early trailers. New desert location Splatlands, while disappointing in the atrocious pun department (Splathara? Splavanna?), could be the best graphical showcase for the Switch since Luigi’s Mansion 3. A shot of the Eiffel Tower half-buried in the sands has implications too for other iconic European landmarks; like a Splatfest to the death inside Rome’s Colosseum or holding the fort against killer salmon atop Big Ben.

A pipedream? Maybe. I’d settle for post-apocalyptic France as a potential play for western eyeballs. The novelty of a fresh setting aside, Splatoon still remains a shooter like no other seven years later. It’s viewed as Nintendo’s family-friendly take, sure, but it’s antithetical to everything most modern shooters represent in the best ways – colour! Punk pop! No Battle Pass! – with an unmatched personality and a party pit of mechanical depth.

Even if Splatoon 3 is another traditional sequel, there’s nothing traditional about Splatoon. Breath Of The Wild 2 and Pokémon Scarlet and Violet might hog attention in most corners of the world but Splatoon is the only Nintendo franchise brave enough to divide civilisation by the only border that matters – ketchup or mayonnaise?

Splatoon 3 finally has an official release date: the latest sqiud-based game will released for Nintendo Switch on September 9, 2022.