Why the Fed Is Risking a Recession 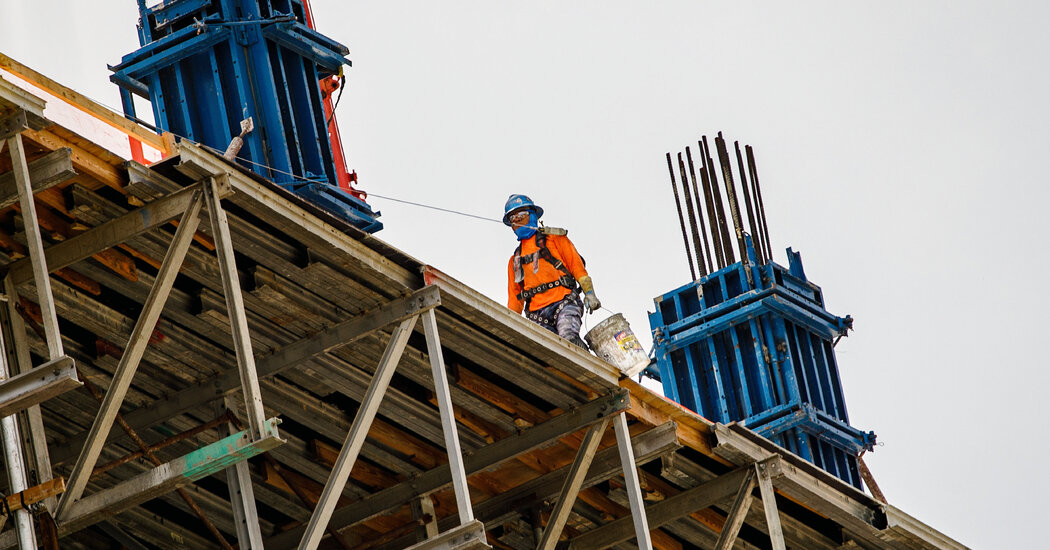 Recession fears are ramping up as the Federal Reserve embarks upon an aggressive campaign to raise interest rates, and politicians and members of the public are increasingly questioning why central bankers are planning to cause the economy pain.

The short answer is: This is the tool the Fed has to bring inflation under control.

The central bank is trying to force price increases to slow down. It does that by raising interest rates, which makes mortgages, car loans and business borrowing more expensive. As money becomes pricier, it weighs on spending and hiring, weakening the job market and the broader economy — maybe notably. Slower growth will give supply a chance to catch up with demand.

The adjustment process is already an unpleasant one: Stock prices have fallen, home sales are beginning to slow and unemployment is likely to rise. But the Fed has one way to beat inflation back in line, and that is by hammering households and companies until they stop spending so much. Central bankers have acknowledged that the transition could be bumpy and that a recession is a real risk.

“Monetary policy is famously a blunt tool,” Jerome H. Powell, the Fed chair, said during testimony before senators on Wednesday. “There’s risk that weaker outcomes are certainly possible, but they are not our intent.”

At the same time, they say that not trying to cool down inflation — allowing it to continue ratcheting higher, and to become entrenched — would be the bigger problem.

“This is very high inflation, and it’s hurting everybody,” Mr. Powell said.

Fed officials have argued that they might be able to slow down the economy enough to allow inflation to moderate without choking demand so much that it plunges America into recession. Central bankers forecast last week that they will push unemployment up slightly, but not sharply, this year and next.

But that gentle landing is far from certain. As shocks continue to rock the economy — the war in Ukraine has pushed up food and fuel costs, Chinese lockdowns to contain the pandemic have slowed factory production and shipping snarls linger — it has meant that the central bank may have to slow down demand even more to bring it in line with a constrained supply of goods and services.

“It’s certainly a possibility; it’s not our intention at all,” Mr. Powell said of a recession. “Certainly the events of the last few months around the world have made it more difficult for us to achieve what we want, which is 2 percent inflation and still a strong labor market.”