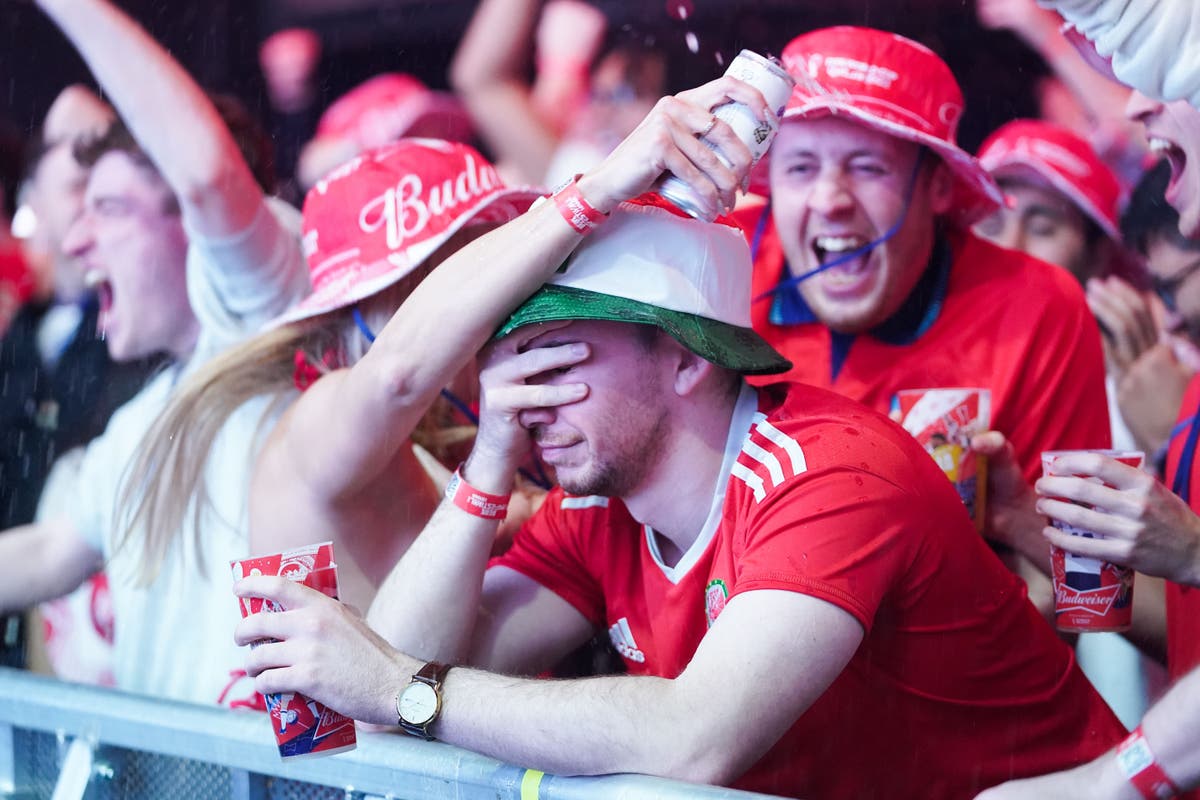 Get our free View from Westminster email

It’s a bitterly cold November night but my local Cardiff pub is rammed, full to the brim with Welsh fans, the smell of hot anticipation and mild BO fills the air. Like everyone else, I’m here to watch the most nerve-wracking sporting match of the year. Wales vs England – lions vs dragons.

I’m not what you would call a traditional football fan, or even a fan at all. But it’s a must when it comes to England.

After all, this was never just a game of football. This was about a centuries old rivalry. Seeking revenge for the murder of our kings, for the valleys they drowned, for being called a sheep shagger more times then I can count.

You may have heard the Welsh fans belting out “Yma O Hyd”, the anti-English protest song and unofficial Welsh football anthem. A song so popular it recently made it to number one in the iTunes chart.

It’s a sentiment as long standing as I can remember. Marching to school back in 2006, we had the morning off to watch England play Brazil at the World Cup quarter finals. I was greeted with a sea of yellow and green. Everyone dressed to support Brazil, including the teachers. Even the caretaker had somehow managed to get his hands on a full Brazil kit complete with green mop and bucket.

On holidays abroad, when asked if I’m English my response is always a defiant “How dare you?! I’m Welsh!”  which up until about 2014 was met with a confused “Qua?” but now it’s a gleeful “Ah, Gareth Bale!”

Which means that even I can appreciate that football matters. The ‘beautiful game’ has put Wales on the map. It’s the reason why the world now knows Wales is a country in its own right, and not a forgotten offshoot of England.

Yes, England were the favourites. It’s no surprise, they always are, in everything. They even get to host Eurovision next year. And Wales…well Welsh history has a pendant for loosing (see previous points relating to murdered kings, flooded valleys etc).

But that’s the beauty of sports, it’s an even playing field (unless you’re poor, homosexual, trans or a woman) Anything could happen and deep down, there’s a glimmer of hope that we could do the impossible.

And it’s always fun to be an underdog.

This was the story of David and Goliath. Wales had to beat England in their first World Cup in 64 years in order to stay. And it wasn’t enough for them to lose by a goal or two, we needed to decimate them.

Unfortunately in this version, David managed to hurl the sling, full blast into his own face.

To keep up to speed with all the latest opinions and comment, sign up to our free weekly Voices Dispatches newsletter by clicking here

However, there were a few reasons I found watching this particular encounter confusing (and not because I know literally nothing about football).

Firstly, how can I be mad at a squad that dutifully takes the knee in defiance of racism and even their own government? How can I not celebrate everytime Saint Marcus Rashford, feeder of the poor, scores? May I not rejoice each time Jack Grealish whips out those sublime calves!?

During the Euros I tweeted my confusion as a Welsh person around these conflicting feelings – no Welsh person in their good mind would want to see England win but it’s nice to see a rare smile from our lord and saviour Mr Rashford.

Gabby Logan replied to my tweet saying the sentiment was “lovely”. It wasn’t lovely Gabbs, it was genuine torment. The fact that the English football team is lovely makes it hard to be quite as vitriolic as we, the Welsh, enjoy.

Then there’s the Qatar World Cup itself. Maybe our fun little rivalry is actually just a fun little distraction? Something to help assuage our guilt for participating. An attempt to divert our attention away from the human rights abuses, the violent repression of LGBTQ+ and the thousands of migrant workers who died to put on this silly little show for us. As long as we beat the English.