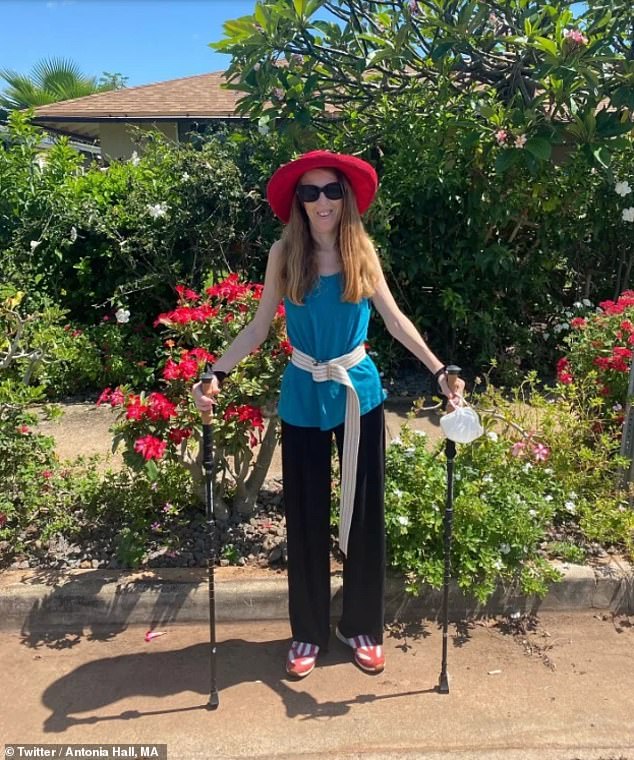 A 51-year-old woman began orgasming daily, putting cannabis in her vagina and even went vegan after the return of her cervical caner led her to dump 16-hour work days in order to ‘stay alive’.

Antonia Hall, from Los Angeles, California, was so keen on her publishing job that she worked all through her chemotherapy when she was diagnosed with cervical cancer in 2007.

But when the cancer returned a decade later and she developed arthritis, Hall decided to end her ‘work-a-holic’ lifestyle.

She split her time between her home and Maui, Hawaii, where she became a sex therapist and picked up a range of new habits to ‘ease’ the symptoms of her health conditions.

But her medical woes continued after she was diagnosed with gallstones — which can cause severe pain — in August 2019, and was left needing a hip replacement.

Hall says she kept a ‘positive mindset’ while handling the ‘perfect storm’ of health issues, saying she felt ‘lucky to be alive’.

There is no evidence going to work could make cancer treatment less likely to work or guidance saying patients should stop working.

But some studies have suggested that stress can help cancers grow, and raise the risk of dormant cancer cells waking up causing the disease to return.

Antonia Hall, 51, saw her cancer return in 2018 which sparked her to change her lifestyle. She was also diagnosed with spondyloarthritis, which sparks pain in the joints. Hall said it left her hunched over and needing to use a walker. She has now managed to switch to walking sticks (pictured) following a hip replacement 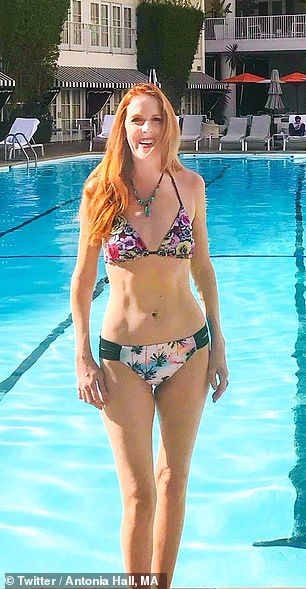 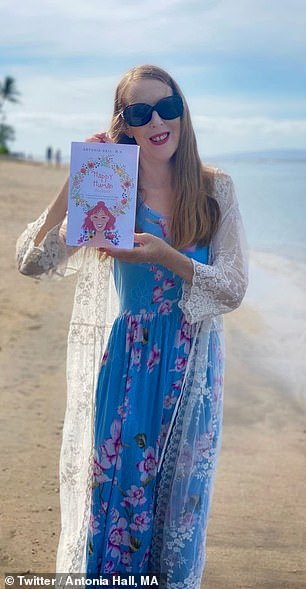 Hall says she now orgasms every day, puts CBD in her vagina and is a vegan to help ease her symptoms and keep a ‘positive mindset’. She splits her time between Los Angeles and Hawaii

Hall revealed the tale in her new book: ‘The Happy Human Playbook: A Practical Guide to Healing Body, Mind and Emotions with Joy and Pleasure’.

She told Insider that when her cancer returned she ‘knew I had to change my life if I wanted to stay alive’.

Talking about her health conditions, she added: ‘It honestly felt like I’d had “The Perfect Storm” of health issues.

What is cervical cancer and how is it detected by a smear test?

Cervical cancer affects the lining of the lower part of womb.

The most common symptom is unusual bleeding, such as between periods, during sex or after the menopause, but other signs can include:

A smear test detects abnormal cells on the cervix, which is the entrance to the uterus from the vagina.

Cervical cancer most commonly affects sexually-active women aged between 30 and 45.

‘After everything I’d been through, I knew I was lucky to be alive.’

To deal with her health conditions, Hall began to orgasm daily, saying: ‘I believe in having an orgasm every day.’

She is now also taking CBD via vaginal suppositories, or when it is placed in her vagina.

Some doctors suggest this can help relieve pain in the area and raise pleasure during vaginal penetration.

But there is little rigorous scientific research to back it up.

The method may also be used to ease menstrual cramps, abdominal pain and pelvic discomfort.

She has also become a vegan, which some claim promotes healthier living.

Hall was diagnosed with cervical cancer in 2007, which according to Cancer Research UK is when cells in the cervix begins to divide uncontrollably.

It can trigger pain in the vaginal area with an unusual vaginal discharge, with patients normally offered chemotherapy and radiotherapy to treat it — which can last about five weeks.

Survival rates are highest if the cancer is caught early, with 95 out of 100 people with stage one living beyond five years.

By stage four — the most advanced type — this drops to 15 out of 100 people diagnosed being alive five years later.

About a third of women treated for the disease see the cancer return, usually within the first two to three years after treatment.

Hall did not reveal what stage her cervical cancer was when it was first diagnosed or the second time it emerged.

She said during her second course of treatment she became dangerously thin, dropping to just 76 lbs.

But the publicist continued to work, even covering shifts while propped up in her bed on a cushion.

She was declared cancer free a year later but then diagnosed with spondyloarthritis — a type of arthritis which sees inflammation, pain and stiffness in the spine and pelvic joints.

This normally strikes people when they are young adults still in school or just starting careers or a family, the Arthritis Foundation says. Hall’s started when she was 47.

It is not clear what causes the condition, but it is thought to be linked to a gene that can be triggered by mechanical stress to the back — or even an imbalance in the gut microbiome.

Hall said the disease got so bad that it left her hunched over, and having to walk using a walker. 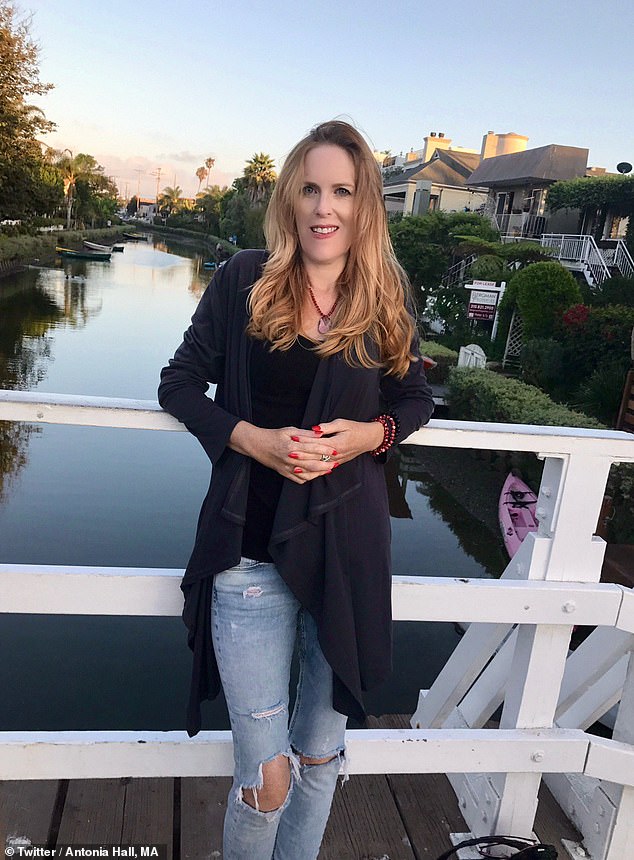 Hall was also diagnosed with gallstones which were removed via an emergency operation along with her appendix as a precaution. She is pictured above.

Then more bad news came in August 2021 when she was told she had gallstones — that were giving her pain in her abdomen.

Hall was rushed for surgery to have them removed, with her appendix also taken out as a precaution.

It was at this point that she was told the arthritis had caused such degeneration in her hip bone that it also needed to be replaced.

Hall said that throughout the experience she has stuck to a ‘positive mindset’ to help ease the symptoms as well as changing her life.

She says this has helped her now start to walk with sticks instead of a walker, and that she can now get around mostly un-aided.

12 genius luggage products will change the way you pack