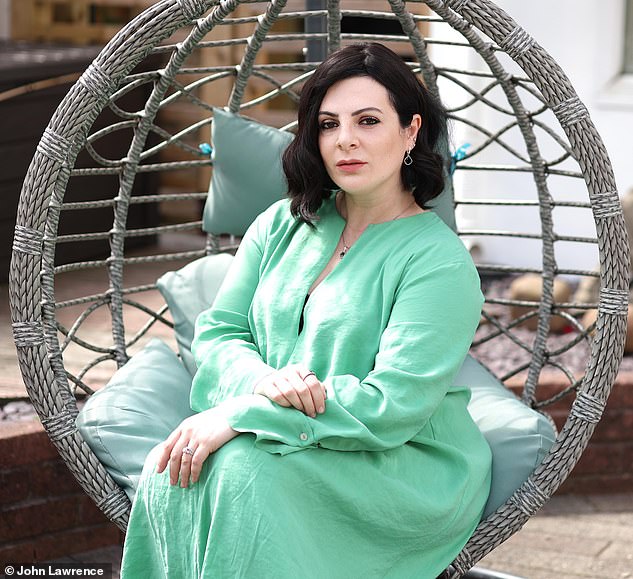 Women are having to endure excruciating contraceptive coil fittings without pain relief – being expected to ‘just grit their teeth and cope’, experts have warned.

The alert comes despite new guidance issued by health chiefs last year recommending that women should always be offered ‘appropriate analgesia’ before the procedure, which involves inserting a small T-shaped device, about half the length of a cotton bud, into the womb.

The change was recommended by the Faculty for Sexual and Reproductive Healthcare – part of the Royal College of Obstetricians and Gynaecologists – after BBC broadcaster Naga Munchetty spoke of her ‘traumatic’ experience having a coil fitted.

While many women find coil insertion painless, some suffer cramps, discomfort and anxiety, so all should be offered an anaesthetic, the guidance added.

But exclusive data obtained by The Mail on Sunday shows that up to a third of women received no pain relief at all during the procedure. And half of women who have a contraceptive coil fitted describe the discomfort as ‘five out of five’ – the most extreme possible.

Women are having to endure excruciating contraceptive coil fittings without pain relief – being expected to ‘just grit their teeth and cope’, experts have warned. Lucy Cohen (above), 39, from Swansea, underwent the procedure last summer. ‘It was horrendous, the worst pain I’ve ever felt,’ says the accountant

Dr Philippa Kaye, a GP who focuses on female health, believes the problem stems in part from the fact that women’s pain is often dismissed by the medical profession.

She says: ‘Women have always been expected to put up with more pain than men – there’s an assumption that it’s just part of being a woman. It’s really disappointing that this is still happening.’

Dr Rebecca Mawson, a GP and women’s health expert at Sheffield University, adds: ‘There’s an attitude among some doctors that women are stoic and will just grit their teeth.’

More than one million women in the UK use the contraceptive coil, with at least 45,000 undergoing the procedure to have one fitted every year. 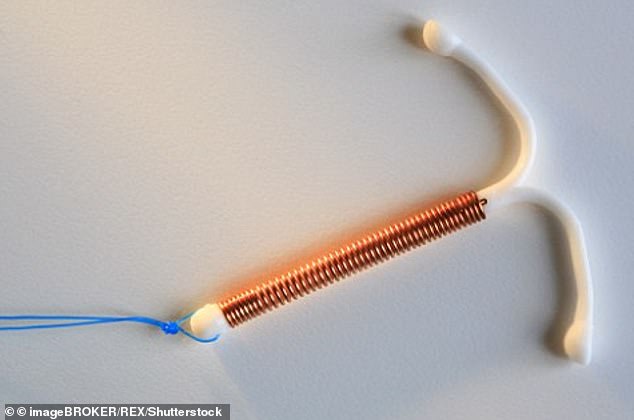 The alert comes despite new guidance issued by health chiefs last year recommending that women should always be offered ‘appropriate analgesia’ before the procedure, which involves inserting a small T-shaped device, about half the length of a cotton bud, into the womb

There are two types of coil – one made of copper and the other of plastic. The copper coil, also known as a contraceptive intrauterine device or IUD, releases copper ions into the womb. These affect the fluids in the fallopian tubes and the uterus, which become toxic to sperm cells, destroying them on contact.

It can stay in place for ten years before needing to be replaced. The plastic coil, or intrauterine system (IUS), releases the hormone-like medication progestogen which stops pregnancy and lasts up to five years.

Both coils are 99 per cent effective at preventing pregnancy, but the plastic coil can also be used to treat a number of conditions, including heavy menstrual bleeding, period pain and some symptoms of the menopause.

During the procedure to insert one, which normally takes about five minutes, a GP or a nurse will first insert a speculum – a duckbill-shaped device – into the vagina to open up access to the uterus.

The thin lining of the cervix is then pierced using a tenaculum, an instrument that looks like a pair of scissors with a tiny hook on the end of each prong. This secures the cervix in place. The coil is then threaded through the speculum and into position in the uterus.

Last June, Ms Munchetty revealed she screamed so loudly during the procedure that her husband, who was waiting in a nearby corridor, tried to find which room she was in to stop the procedure. ‘I fainted twice and felt violated, weak and angry,’ she said.

Ms Munchetty claimed she was not offered any pain relief during the procedure but had been told to take paracetamol and ibuprofen before her appointment.

While experts say her experience is unusual, studies show that a large number of women do suffer intense discomfort during a contraceptive coil fitting.

A year on, this newspaper asked The Lowdown, a website which reviews contraceptive products, to survey readers about their experiences of coil fitting. More than 600 women responded, and 32 per cent said they were not offered pain relief.

Over 60 per cent said they self-medicated beforehand using over-the-counter painkillers, and despite this some said the procedure was ‘excruciating’ and even ‘the worst pain I’ve ever experienced’. ‘I passed out from the pain,’ wrote one. Another said: ‘I had to take three days off work as I was in so much pain.’

Experts say the findings are particularly frustrating because pain relief – usually a local anaesthetic spray which is used on the cervix to numb the area – is easily accessible and carries minimal risk.

‘The spray is simple to use, and most GPs will have it or some other form of local pain relief,’ says Dr Kaye. ‘However, some doctors still aren’t aware they could be using these for coil fittings.

‘We want to make it as easy as possible for women to access contraception, and if they are worried about pain then they’re less likely to get the contraception. Not everyone will need pain relief, but it absolutely should be offered.’

Lucy Cohen, 39, from Swansea, underwent the procedure last summer. ‘It was horrendous, the worst pain I’ve ever felt,’ says the accountant. ‘It took 20 minutes and I was shaking and sweating.’

Lucy, who is married to Adam, 37, an engineer, says her GP asked if she wanted to stop, but did not offer any pain relief. She adds: ‘The coil is amazing. I just don’t think you should have to go through so much pain to get it.’

What’s the difference… between hypothyroidism and hyperthyroidism?

Both conditions affect the thyroid – a small gland in the neck that releases hormones to regulate bodily systems such as heart rate, temperature and metabolism.

Hypothyroidism refers to an underactive thyroid, when the gland does not produce enough of the key hormones.

Symptoms include tiredness, weight gain and feeling depressed. Tablets that replace the lost hormones are a highly effective treatment.

Hyperthyroidism means the thyroid is overactive and producing too much of the hormones. This causes anxiety, exhaustion, sensitivity to heat, a fast heart rate and swelling in the neck.

Medicine to limit hormone production, or radiotherapy to destroy over-active cells in the thyroid, are effective treatments.

Who Is Luke Richardson? Get to Know Blackhawks’ New Head Coach – NBC Chicago