World Refugee Week: Get a different take on these tourist hotspots 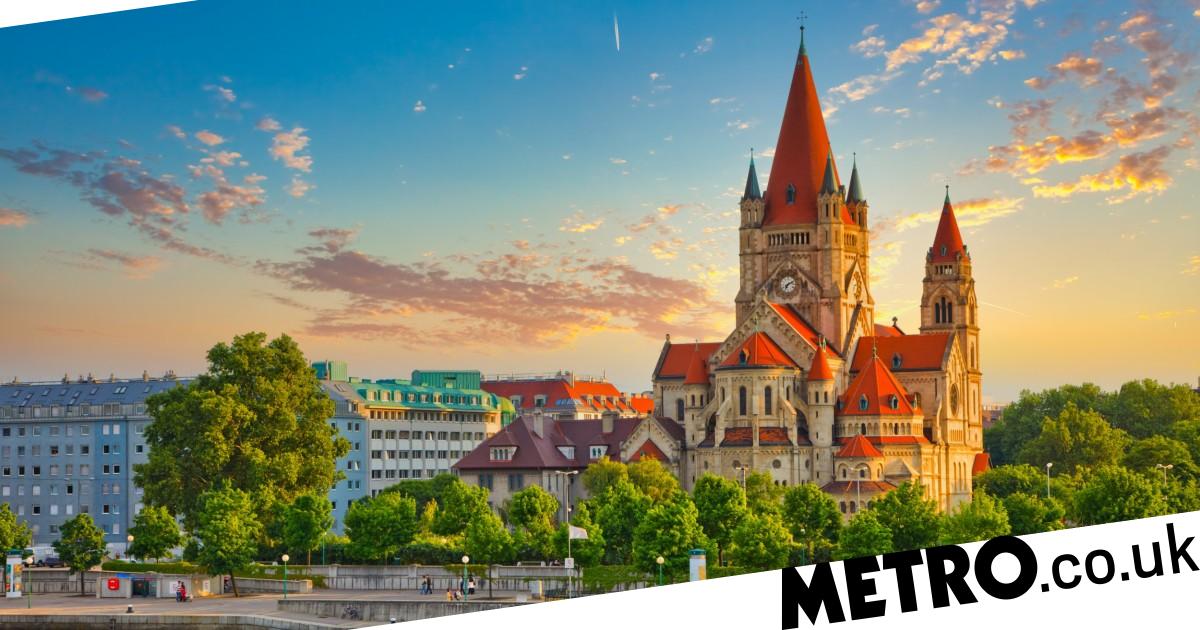 These seven brilliant options encourage some of the 22 million refugees around the world to share their stories with tourists.

The founders of Vienna’s Magdas Hotel are firm believers that people who’ve come to destinations from other places are often the best guides to the areas in question, and they’re also all too aware that refugees seeking employment have numerous obstacles to overcome, including discrimination and an inordinately long asylum application process.

This is precisely why they founded the Magdas Hotel, run by a passionate team of former refugees who come from 11 countries and speak 20 languages.

More importantly, they’ve all got their own take on Austria’s capital – as well as a never-ending repertoire of anecdotes about the countries they came from and their journey to Vienna.

You’ll love the colourful rooms, filled with upcycled treasures such as wardrobes which could once be found on the Austrian Federal Railway trains.

No offence to born-and-bred Philadelphians, but when it comes to tours of the Africa, Middle East, Asia and Central America/Mexico galleries in Philadelphia’s legendary Penn Museum, the best guides are the experts who grew up in these regions, which is precisely why the Penn Museum joined forces with the Global Guides Program and started offering tours led by refugees and migrants from the areas in question.

It’s a brilliant approach which doesn’t just provide a deeper insight into the artefacts – whether it’s the Middle East Galleries’ pottery wine jar found in Hajji Firuz Tepe, Iran or the Africa Galleries’ Sowei helmets once worn during initiation ceremonies in Sierra Leone – but the countries in question, too.

These tours of Berlin don’t just provide a different perspective on Germany’s capital, but give the Syrian refugees who run them the chance to tell people about their former lives and the factors which forced them to leave their homeland.

The tours take in landmarks which allow guides to draw parallels between the darker periods of Germany’s past and more recent events in the Middle East.

The aim? To change attitudes towards refugees by helping people understand the reasons they flee, and to remind people that no country is immune from human rights-related disasters.

As much as we may love Amsterdam’s waterways, the majority of canal tours offer the same commentaries and views. For a new perspective, visitors can sign up for a boat tour with Rederij Lampedusa, which offers canal tours led by former refuges who have settled in Amsterdam.

The guides, who hail from countries such as Eritrea, Somalia and Egypt, provide a brilliant insight not only into the canals, but how migration has shaped the city.

Some of the vessels are ones once used by refugees who fled to Europe, such as the 12-metre-long Alhadj Djumaa, which departed Egypt on 25 July 2013, arriving in Lampedusa with a staggering 282 passengers (most of whom were fleeing Eritrea) onboard.

The Multaka scheme trains Iraqi and Syrian refugees to become guides in Berlin’s museums, such as the Deutsches Historisches Museum (German Historical Museum). Multaka is Arabic for ‘meeting point’ and the schemes aims to make Berlin’s museums more accessible. Guides conduct tours in their native languages, using their own experiences to give further content to artefacts. But the tours don’t just focus on the stories behind the exhibits – they’re designed to explore historical and cultural connections between Germany and countries such as Syria, while increasing the refugees’ participation in the public sphere.

The scheme has since been rolled out at two Oxford museums: the History of Science Museum and Pitt Rivers Museum, both of which have participated in the Multaka-Oxford project.

The best thing about this Sydney café (apart from the insanely delicious bagels)? The fact that it’s the former front room of social entrepreneur Ravi Prasad, who transformed the space into a book-filled café and venue for everything from life-drawing sessions to live music. Most importantly, it was created as a place where refugees can receive training.

The 250 (and counting) trainees who’ve passed through its doors include Somalian refugee Hani Abdile (her traditional pancakes, known as injera, are legendary) and a nun from Cameroon. The café is packed with fascinating artefacts donated by trainees and there are endless shelves of books to flick through, too.

Happen to be spending time in the capital city? Make sure the Camden Passage’s Trampoline Café – and its cakes – is on your radar. This brilliant social enterprise café is founded by former corporate consultant Pranav Chopra, who also founded Nemi Teas – a wholesale tea company staffed largely by refugees.

Through collaborations with London’s Hotel School and Groundwork London, refugees sign up for paid six-month training stints (which also come with pension contributions) at Trampoline, during which they can access other resources, such as English language lessons. Many go on to find full-time employment, either at Trampoline or at businesses the café has partnered with.


MORE : Blogger reveals the struggles of travelling when you’re plus-size

Muireann O’Connell opens up about getting married, turning 40 and the ‘baby issue’