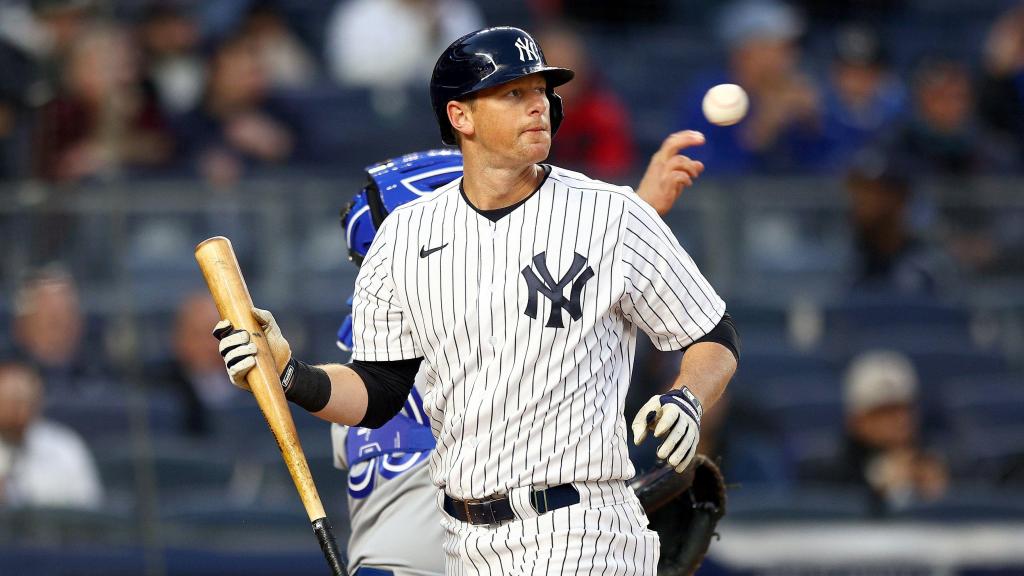 The boos started early Monday. They were for George Springer, the target of Yankee fans’ vitriol for his part in the 2017 Astros cheating scandal. The Blue Jays’ center fielder, however, quieted the taunts with a home run and RBI double. So, the Bronx faithful’s anger turned on the Bombers and their weak offense.

Alek Manoah and the Blue Jays bullpen held the Yankees to just three hits and shut the Bombers out 3-0 loss in front of 26,211 at the Stadium.

Aaron Judge, who was booed as he walked off the field after striking out for the second time in the eighth inning, said that this Blue Jays team, picked by many to win the division, is going to be a battle for the Yankees all season.

“They’re a great ballclub,” Judge said. “They got a great offense that we saw today. Up and down they got guys and hit the power, got good speed up and down and then a great pitching staff. A good starting rotation and back end of the bullpen. So they’re gonna be tough all year, but we’re looking forward to it.”

The Yankees (2-2) have lost two straight and went down quietly to their American League East rivals Monday night.

Joey Gallo, who had his first multiple-hit game of the season, led off the ninth with a single, but Gleyber Torres then hit into a double play. Aaron HIcks singled and then Kyle Higashioka struck out to end the game.

It pretty much went like that most of the night for the Yankees’ bats.

Manoah flummoxed the supposedly powerful lineup. Joey Gallo’s single in the second was the Bombers’ only hit for the first six innings. The Blue Jays right-hander, who made his major league debut here at Yankee Stadium last season, did put four Yankees on the bases with walks, but also struck out seven.

“He was locating his pitches. We gave him a little pressure and didn’t come through,” Anthony Rizzo said. “He’s got three pitches that he can locate and he was locating them. Tip your hat to him. He played a good game.”

Yes, it’s very, very early in the season. But offense was an issue last season, and the Yankees have yet to show they’ve improved that aspect of their game.

The Yankees were built on power hitters and to overwhelm their opponents with offense, but finished seventh in the American League in OPS (.729), 10th in runs scored (711) and were fourth in strikeouts (1482) last season. The Yankees let long-time hitting coach Marcus Thames and assistant hitting coach PJ Pilittere go this winter after those struggles.

They promoted Dillon Lawson, who had been the team’s minor league hitting coordinator, to the coaching position with the big leaguers. The promoted Triple-A hitting coach Casey Dykes to his assistant and hired Hensley Meulens, who has vast major league coaching experience, as the second assistant.

So far the change in personnel hasn’t netted the desired results.

While offense is down across the board — with league-wide batting average through four games down from .237 last year to .229 now and the OPS from .714 to .682 — the Yankees aren’t exactly dominating on that side of the ball. The Yankees went into Monday night’s game 18th in scoring in the league and 16th in OPS.

Jameson Taillon, who got off to a strong start, was surprised by the lack of offense.

“You gotta be on your game to shut this lineup out,” Yankees right-hander Jameson Taillon said. “So it’s not going to happen much this year, I don’t think. Even in the game like tonight they worked a bunch of walks and good counts, there were balls hit hard.

Taillon, who was a question mark to start the season after having ankle surgery this winter, was the first Yankee pitcher to get through five innings this year. Taillon battled the Blue Jays, allowing two runs on five hits. He struck out six and did not walk a batter. The only damage the Jays did to the right-hander was George Springer’s third-inning, two-run homer.

Taillon held the rest of the Blue Jays’ explosive lineup, which already had a major league-leading eight homers coming into the game, in check.

Michael King gave up an RBI double to Springer in the seventh.

“They’re super professional,” Taillon said of the Blue Jays’ lineup. “They are going to adjust and we’re going to have to make sure we don’t fall into anything predictable. It’s going to be a fun back and forth.”

Why Chile’s president moved into a high-crime Santiago suburb