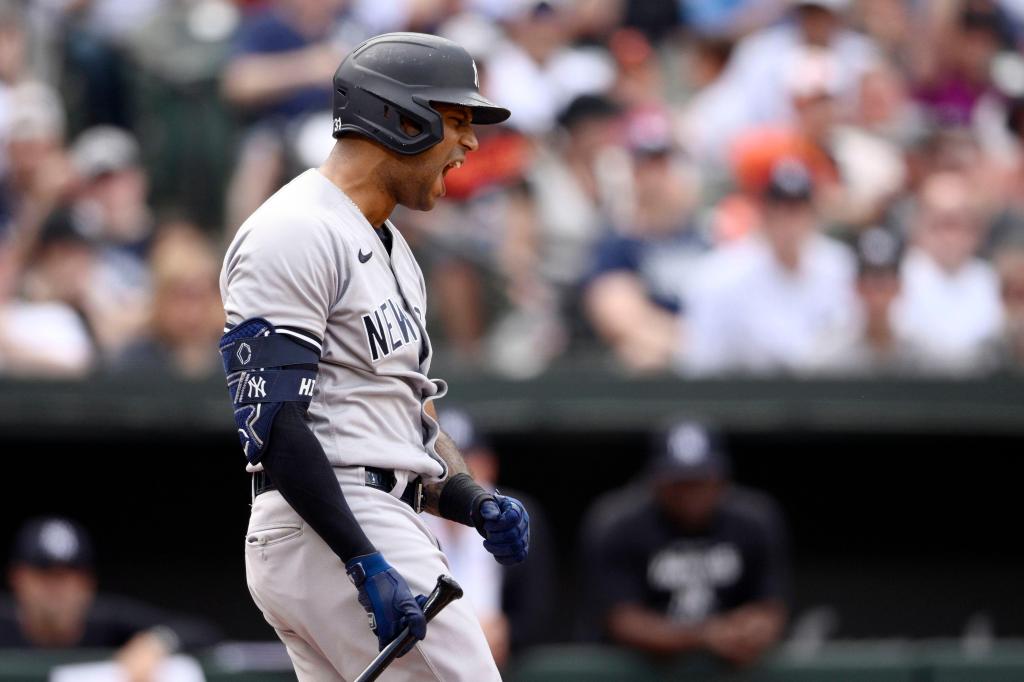 BALTIMORE — Aaron Hicks slammed his bat to the ground and then his batting helmet after his last at-bat Thursday. There is no hiding the fact the center fielder is frustrated and pressing at the plate.

“I felt like today, and maybe a little bit yesterday, a little bit of pressing going on and he wanted it and was feeling that a little bit,” Yankees manager Aaron Boone said of Hicks. “Certainly we gotta get him going … I felt like he was a little bit frustrated today. And that’s a result of probably pressing and obviously wanting it a little too bad. … You got to kind of strike that balance of being prepared and ready but also relaxing and doing your thing up there. So we’ll support them and keep working to get them there.”

Hicks struck out three times and did not get a hit in four at-bats in the Yankees’ 9-6 loss to the Orioles at Camden Yards on Thursday. That puts his slump at 2-for-44 with a double, two RBI, seven walks and 13 strikeouts over the last 14 games.

Hicks, 32, has played in 34 games this season, two more than his total for all of last season, when he was shut down to have wrist surgery. He played 54 of the COVID-19 abbreviated 60-game schedule in 2020, but just 59 games in 2019 because of an elbow injury that required Tommy John surgery.

But it has obviously been a struggle for him to regain that form while dealing with injuries that have kept him off the field. He has some cushion as the Yankees offense continues to ride their big sluggers and extraordinary pitching with the very old-school philosophy of ‘defensive first,’ up the middle (catcher, shortstop and centerfield) to the best record in baseball (28-10) heading into Friday night’s series opener against the White Sox at the Stadium.

Hicks struck out Thursday with the bases loaded in the sixth and again with a runner on first in the eighth as the Yankees tried to rally against the Orioles. He’s now 3-for-23 on the season with runners in scoring position.

“The right side is more natural for him. So I don’t worry so much about that side from him,” Boone said. “Especially if you know we have an off day and he jumps in there right handed. That’s more of the natural side for him. So again, he’s doing what he does as far as controlling the zone and getting on base. He’s kind of finding his way a little bit and hopefully continues to do that while eventually catching fire a little bit and get to where he’s making that real consistent hard contact.”

Hicks has ceded some time to Aaron Judge at center this season, but the Yankees are hesitant to play Judge there every day and cannot play Giancarlo Stanton in the field every day. With the Yankees offense strong, the record stellar, Hicks still has time to work his way back to being a big bat in the lineup.