You could be fined £1,000 for driving with HAYFEVER 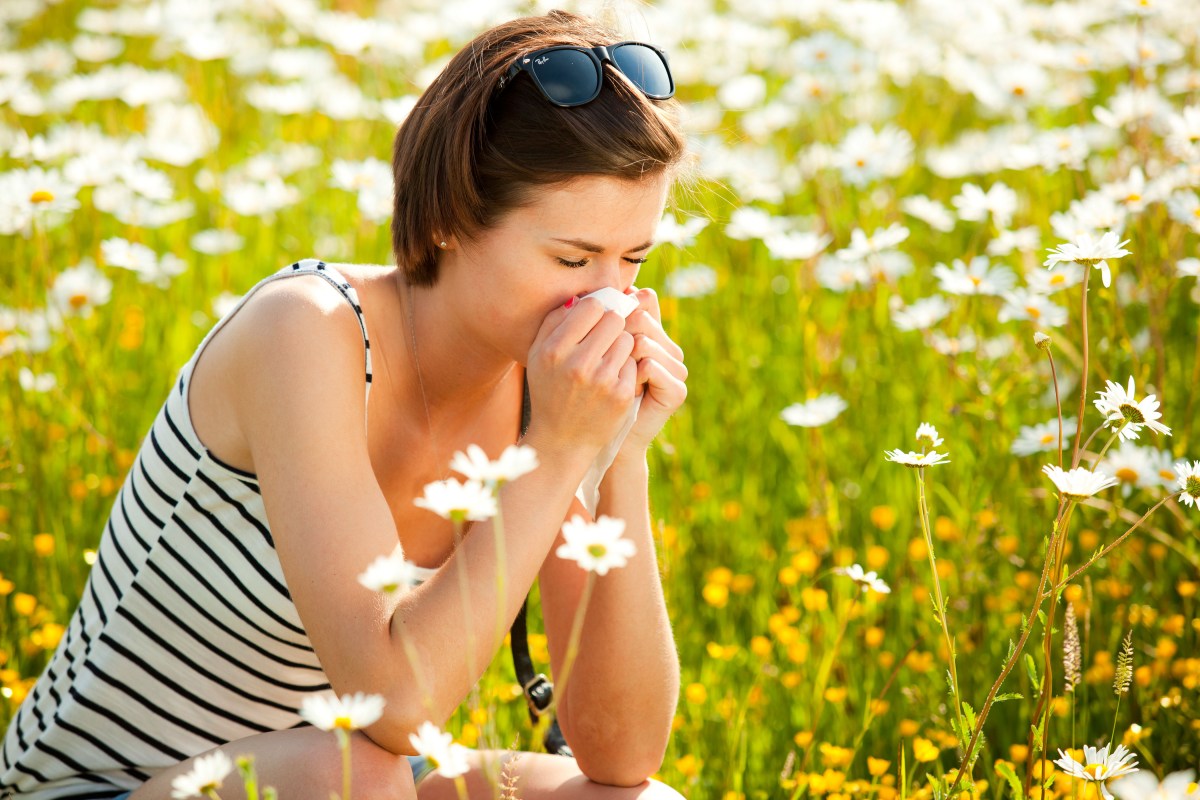 HAYFEVER sufferers could be slapped with £1,000 fines for driving with symptoms.

As the UK expects high pollen counts next week, drivers should be careful of feeling fatigued, sneezing, or their eyes streaming at the wheel.

Motoring experts have warned that driving with hayfever symptoms could be classed as a “failure to have proper control of the vehicle and a full view of the road”, which is punishable by a £1,000 in the Highway Code.

Craig Forbes, motoring expert at Peter Vardy, says: “Drivers must take responsibility for assessing their own fitness to drive when experiencing symptoms.

“There are ways to minimise symptoms of hay fever during spring, but if your eyes are extremely watery and you feel unwell, your driving could be impaired and you may wish to consider alternative travel in order to avoid a fine.”

Craig’s warning comes as the UK is set for a pollen bomb this Easter weekend. As temperatures are creeping up, the Met Office warned of “very high” levels of spores for most of England going into the bank holiday.

Usually, hay fever symptoms begin when the pollen count is 50 grains per cubic metre of air, so a reading of birch pollen is considered “high” between 81 and 200.

The pollen explosion this weekend will come from trees, including elm, ash and birch. Tree pollen is the first type of powder to explode in the UK, causing symptoms of hay fever from March to mid-May.

Around a quarter of those with hay fever are allergic to tree pollen, the Met Office says – some 2.5 million people. Yet from mid-May until July, grass pollen takes over, followed by weed pollen from June to September.

Grass pollen is the most common allergy for those with hay fever, causing misery throughout the summer months.

Considering hayfever affects approximately one third of the UK’s population, here are six ways drivers can be careful over the weekend.

Plan your journey around the pollen forecast

Check the weather and pollen forecast, if you’re planning a road trip and suffer from hay fever. The Met Office forecast is updated throughout the hay fever season and provides an early warning when the pollen count is predicted to be high.

If they’re reporting high pollen counts and you’re worried about your ability to drive, consider alternative travel plans or ask someone else to drive.

Use essential oils on your air freshener

Consider using an in-car diffuser and using drops of essential oils to combat your symptoms and make your car more pleasant.

Lavender, peppermint, and eucalyptus all have anti-inflammatory properties and can unblock stuffy noses naturally. If you don’t have an in-car diffuser, drop the oils on an old air freshener and hang it near your air conditioning vent to reap the same benefits.

Always check the information leaflet of over-the-counter medicine to see whether you should drive or not. If it states that a side effect may be drowsiness, err on the side of caution and do not get behind the wheel.

Non-drowsy medications can be taken to alleviate hay fever symptoms, but always ask your GP or pharmacist if you are in any way unsure about driving.

Close your windows while driving to prevent pollen from being directly blown into the cabin, and also from flying into your eyes impairing your vision.

Try to pick a route that doesn’t include driving through rural locations. Hay fever symptoms can be worse in the countryside with large open spaces blowing around pollen.

If your destination is in a rural area, consider opting for a different destination or asking someone else to drive for the duration of your staycation.

Used car prices plummet in just months – is your vehicle on the list?