You could save lives by volunteering with St John Ambulance 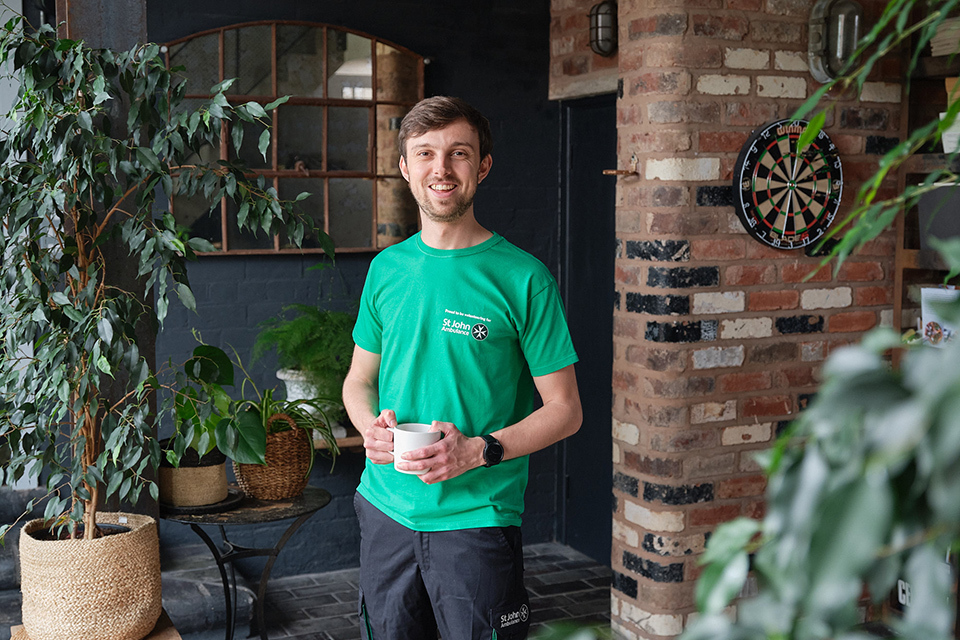 WITH THEIR green and black uniforms and hi-vis jackets, St John Ambulance volunteers are a familiar sight at big events such as football matches.

But the charity does so much more than provide footy crowd first aid.

Formed in 1887, it has played an important part in major events, including treating the wounded during two world wars.

There have also been more unusual challenges – in the 1960s, volunteers provided first aid to members of the public affected by Beatlemania.

More recently, St John volunteers assisted the emergency services in the aftermath of the 7/7 bombings in London, and over 26,000 volunteers have been trained to give vaccinations during the Covid-19 pandemic.

This dynamic and professional charity has thousands of volunteers of all ages and from all walks of life.

They give their time in the moments that matter to save lives and keep communities safe, whether it’s at a sporting event, music festival, road accident or major incident.

St John volunteers give their time freely, but their training and equipment – vital for the charity’s lifesaving work – are paid for by public donations.

One such volunteer is Luke Cutts, 27. He’s been volunteering for five years.

“I signed up for the Event First Aider course, which covers CPR, the recovery position, basic bleeding and choking,” he says.

“The training is free and you commit to volunteer at two events a month.”

Luke went on to complete the Advanced First Aider course and, finally, the Emergency Ambulance Crew course, so he could take on shifts in the charity’s ambulances.

On September 5, 2020, Luke was on duty at the Safe Space in Birmingham, a place for revellers who might be the worse for wear or injured after a night out.

“The aim is to treat people there and relieve the pressure on hospitals,” Luke explains.

That Saturday night was Luke’s first shift as ambulance crew and after dealing with a succession of “otherwise healthy drunk people”, a call came through.

There had been a deadly stabbing spree across Birmingham, during which a man randomly attacked eight people, killing one.

Luke’s ambulance crew was dispatched to assist emergency services. The attacker was still at large, so the area had to be made safe to allow the victims to be treated.

Hazardous Area Response Team paramedics, as well as armed police, were on the scene.

One of the patients was a young man, who was lying on the pavement. “He was similar in age to me and still conscious, but he had a stab wound to his neck,” says Luke.

“I had been at medical school for two years by then, but I had never come across a stabbing.

Thanks to my St John training, I’d learnt how to deal with a big bleed, so I knew exactly what to do.”

Luke, who was with two other volunteers, describes the scene: “There was a wall of armed police between me and the outside world as I got to work on the patient. We had to act fast, using special military-type bandages to help stem the bleeding. I was calm, totally focused on stopping the blood loss.”

By the time Luke had the bleeding under control, his personal protective equipment was covered in blood.

The injured man was then blue-lighted to a hospital trauma centre. He had life-changing injuries, but he survived.

Luke is modest about his role that night, highlighting the work of others. “It was just a coincidence that I was there,” he says.

Luke and two others were given a St John bravery award in recognition of “being a true example of selfless dedication and professionalism in the service of humanity”.

The award noted that they had persevered “despite the risk to their own safety”.

The experience has only strengthened Luke’s belief in the vital importance of community first aid.

“It can be so empowering to know you can help when you need to,” he says.

“There is never going to be a paramedic on every street corner, so the more people who learn first aid skills, the better.”

He believes in starting young to create a generation who will have the confidence to help people and even save lives, whether it’s their own relatives or strangers in need.

“Good first aid training is relevant at all stages of your life,” says Luke.

“When you are at university, you might help an injured friend on a night out; when you are a parent you might deal with a child who is choking. With informed, safe training you will always have the power to act.”

How you can help out?

IF you are inspired by Luke and want to make a difference in your community, the charity St John Ambulance can help.

This year its #AskMe campaign is showcasing young lifesavers.

The health and first aid organisation runs six youth programmes to help young people build confidence, gain important life skills and have the knowledge to know what to do in an emergency.

St John relies on the public’s donations to equip and train the next generation of young lifesavers.

In two nights, Red Sox show what they’re capable of at an opportune time

This is officially the UK’s favourite sandwich