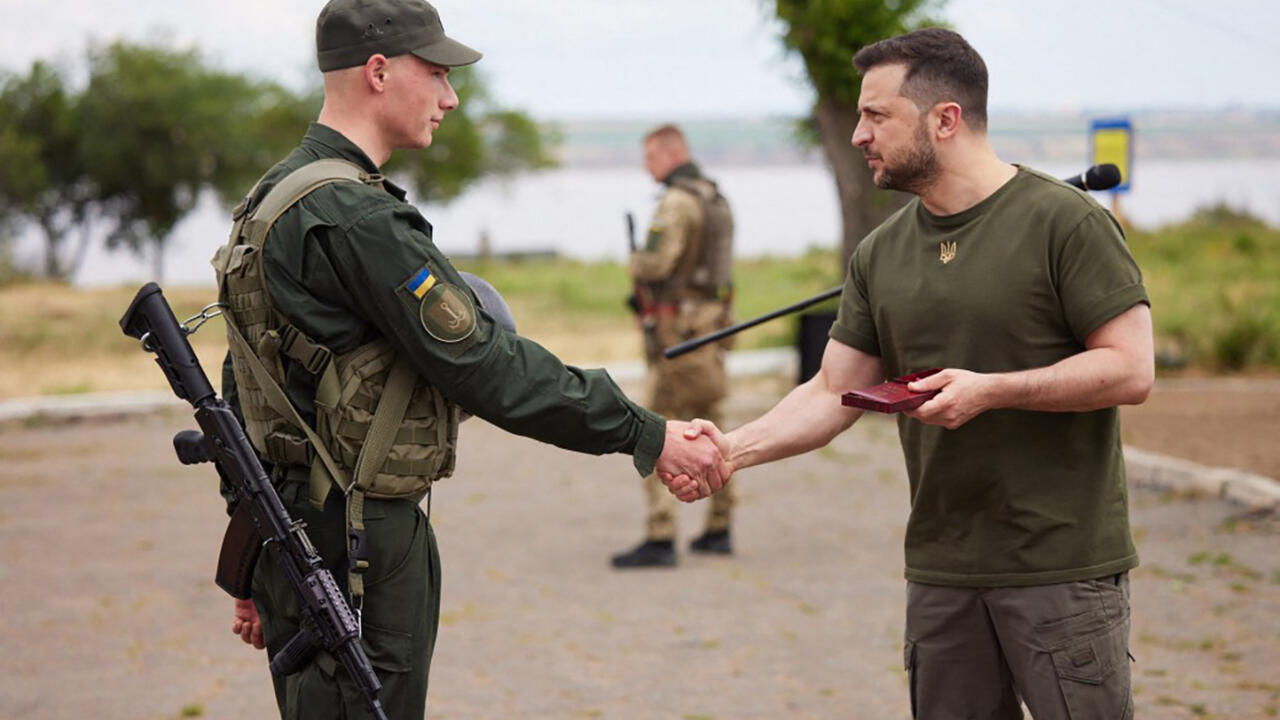 President Volodymyr Zelensky vowed Sunday that his forces “will not give away the south to anyone” after his first visit to the southern frontline, as NATO’s chief warned the war in Ukraine could last “for years”.

Making a rare trip outside Kyiv, where he is based for security reasons, Zelensky travelled to the hold-out Black Sea city of Mykolaiv and visited troops nearby and in the neighbouring Odessa region for the first time since the Russian invasion.

“We will not give away the south to anyone, we will return everything that’s ours and the sea will be Ukrainian and safe,” he said in a video posted on Telegram as he made his way back to Kyiv.

He said he talked with troops and police during his visit.

“Their mood is confident, and looking into their eyes it is obvious that they all do not doubt our victory,” he said.

While Zelensky remained defiant, NATO Secretary-General Jens Stoltenberg warned that “we must be prepared for this to last for years.”

Speaking to German daily newspaper Bild, Stoltenberg said “We must not weaken in our support of Ukraine, even if the costs are high — not only in terms of military support but also because of rising energy and food prices.”

Russian forces have directed their firepower at the east and south of Ukraine in recent weeks since failing in their bid to take the capital Kyiv after the lightning February 24 invasion.

“The losses are significant. Many houses were destroyed, civilian logistics were disrupted, there are many social issues,” Zelensky said.

“I have commissioned to make assistance to people who have lost loved ones more systemic. We will definitely restore everything that was destroyed. Russia does not have as many missiles as our people have the desire to live.”

Mykolaiv is a key target for Russia as it lies on the way to the strategic Black Sea port of Odessa.

Zelensky surveyed the city’s badly damaged regional administration building and met officials in what appeared to be a basement where he handed out awards to soldiers, in a video released by his office.

Soldiers in Mykolaiv meanwhile were trying to keep their pre-war routines alive, with one saying he would not give up his vegan diet on the frontlines.

Oleksandr Zhuhan said he had received a package from a network of volunteers to keep up his plant-based diet.

“There was pate and vegan sausages, hummus, soya milk… and all this for free,” the 37-year-old drama teacher said happily.

Back in Kyiv, with shockwaves from the war continuing to reverberate around the world, thousands gathered to pay tribute to one young man — Roman Ratushny, a leading figure in Ukraine’s pro-European Maidan movement, who was killed fighting Russians in the country’s east earlier this month aged just 24.

In front of the coffin draped in a yellow and blue Ukrainian flag at the foot of a monument that overlooks the sprawling Independence Square in the capital, people of all ages saluted his memory.

“I think it is important to be here because he is a hero of Ukraine and we must remember him,” Dmytro Ostrovsky, a 17-year-old high school student, told AFP.

The loss put a human face on the shared grief of Ukrainians, as the bloodshed continues.

The worst of the fighting continues to be in the eastern industrial Donbas region, with battles raging in villages outside the city of Severodonetsk, which Russia has been trying to seize for weeks.

“There’s an expression: prepare for the worst and the best will come by itself,” the governor of the eastern Lugansk region, Sergiy Gaiday, told AFP in an interview from the Ukrainian-controlled city of Lysychansk across the river from Severodonetsk.

“Of course, we need to prepare.”

Wearing a flak jacket and carrying gun cartridges and a tourniquet, he said Russian forces “are just shelling our troop positions 24 hours a day.”

Earlier, Gaiday said on Telegram that there was “more destruction” at the besieged Azot chemical plant in Severodonetsk, where hundreds of civilians are sheltering.

He also said Lysychansk was being “heavily shelled”.

There are signs of preparations for street fighting in the city: soldiers digging in, putting up barbed wire and police placing burnt-out vehicles sideways across roads to slow traffic, as residents were preparing to be evacuated.

“We’re abandoning everything and going. No one can survive such a strike,” said history teacher Alla Bor, waiting with her son-in-law Volodymyr and 14-year-old grandson.

Meanwhile, pro-Russian officials in the eastern, separatist-held city of Donetsk said five civilians were killed and 12 injured by Ukrainian bombardment.

In Lysychansk, the governor Gaiday said watching his home city, Severodonetsk, be shelled and people he knew dying was “painful.”

“I’m a human being but I bury this deep inside me,” he said, adding that his task is to “help people as much as possible”.

Father’s Day 2022: Messages and quotes for dads who have died